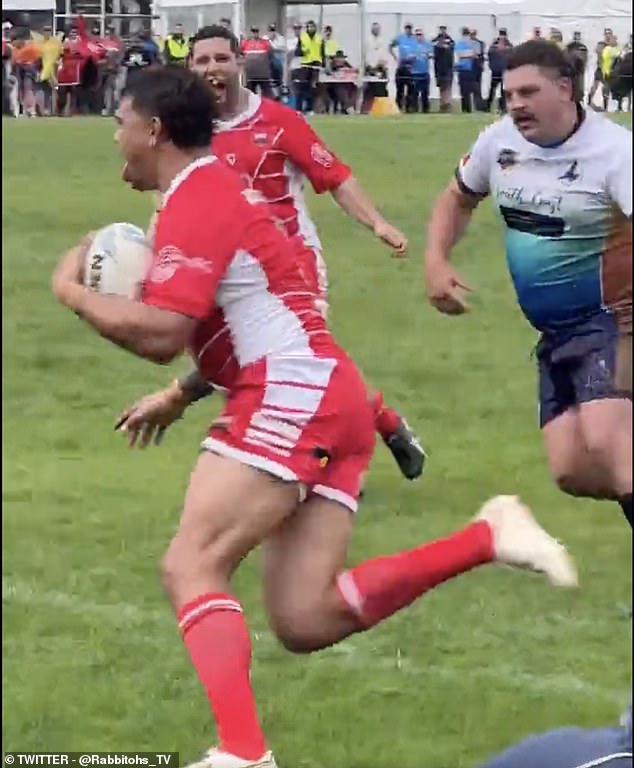 Latrell Mitchell appears to have put the disappointment of losing a preliminary final behind him to turn out in the Koori Knockout.

The tournament, which celebrates Aboriginal footballers across New South Wales, hasn’t been held since 2019 because of the coronavirus pandemic but made its return this weekend.

Over 100 teams have entered this year’s edition and Mitchell and former Canterbury star Ben Barba were among the participants, wearing the colours of Walgett Aboriginal Connection.

Footage shared on Twitter shows Mitchell, who was playing in the centres rather than his usual fullback role, finishing off a neat team move with a try.

Mitchell skipped the Dally M ceremony on Wednesday night just days after taking part in the Bunnies’ Mad Monday celebrations, with several players embarking on a cruise of Sydney Harbour.

The New South Wales star is understood to be taking some time off ahead of the Rugby League World Cup, which begins in two weeks in England.

On Sunday, Mitchell will face Rabbitohs teammate Cody Walker, who is playing for Bundjalung Baygal Warriors.

And the Bunnies are fully behind their stars taking part in the tournament.

‘We’re really supportive of all our guys playing because it’s a wonderful and important tournament for the Indigenous community.” 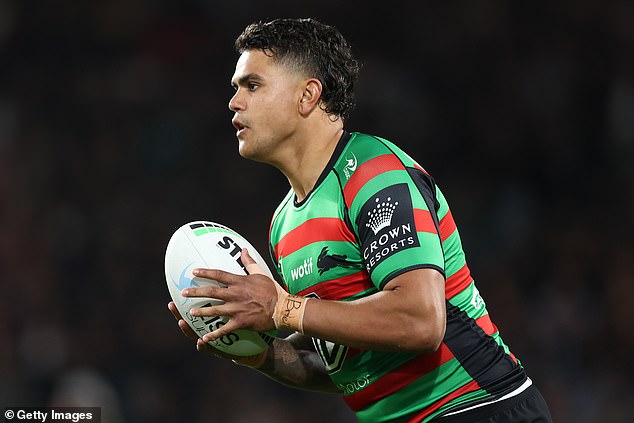 Mitchell’s season ended last Saturday, when the Rabbitohs squandered a 12-0 lead to lose 32-12 to Penrith in the preliminary final at Accor Stadium.

The 25-year-old, who had been instrumental in the Bunnies’ run to the finals, was strangely subdued against the Panthers.

According to the Daily Telegraph, his performance was hampered by a rib cartilage injury, which required painkilling injections before the game and at halftime. 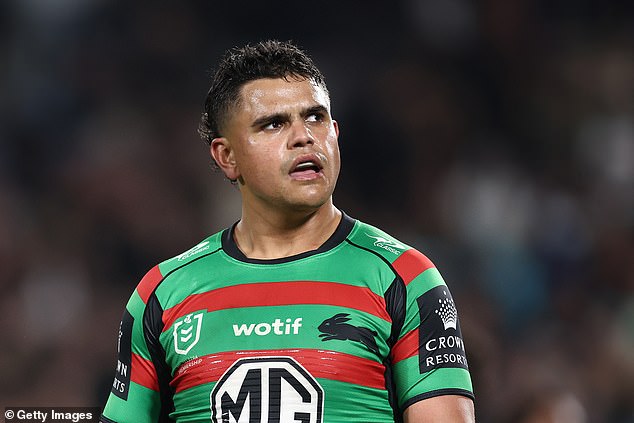 ‘The players were extremely brave on Saturday night, just as they have been over the last two months,’ Solly said.

‘Campbell, Latrell and Jai all carried injuries into the game, and the team showed a lot of character to play so well given the injuries and players unavailable.’