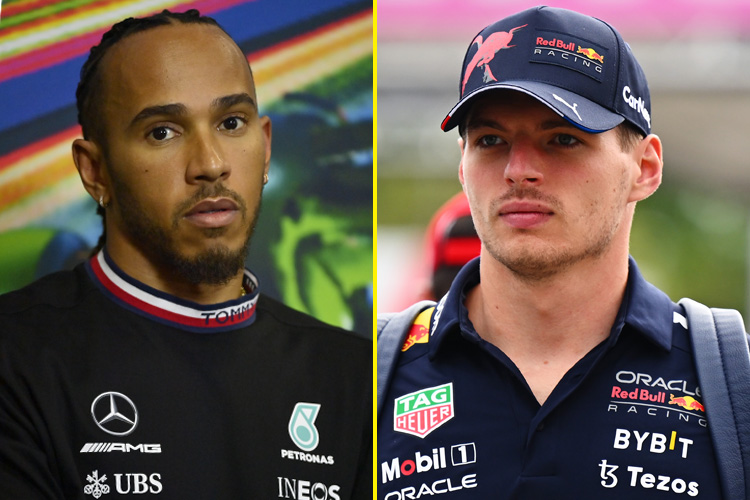 Max Verstappen can win the Formula One Drivers’ Championship this weekend to become one of the earliest title winners ever.

Red Bull star Verstappen can pick up the trophy with five races to go on Sunday, becoming the earliest winner since Michael Schumacher 20 years ago.

Although, seven-time champion Lewis Hamilton ‘feels for the fans’ after the Dutchman’s 11 wins in 16 races so far this season.

The Mercedes driver has looked back on previous years and believes that having the title decided so early isn’t a positive for the sport.

Speaking ahead of the race weekend in Singapore, Hamilton has been sympathetic toward fans when addressing Verstappen’s title chances.

He said: “Definitely, I feel for the fans.

“For everyone and even for us last year going down to the wire, that was intense for everybody and so it’s never great when the season finishes early.”

The Brit looked back on his own championship wins and revealed that he believes having an early winner is a negative for the sport.

“When I’ve experienced having it finish early in places like Mexico – for you as the one individual, it’s great, but for the actual sport it’s not spectacular,” Hamilton added.

“So I’m really grateful to have had 2008 right down to the last 18 seconds, and obviously last year pretty much the same thing.

“So let’s hope for the future it’s a bit better.”

To win the title in Singapore, Verstappen needs to win his sixth race in a row and outscore Charles Leclerc by 22 points, Sergio Perez by nine and George Russell by six.

If this does happen, the Red Bull driver will become the joint-second earliest winner ever, alongside legend Nigel Mansell.

Mansell won the title with five races remaining in 1992 and Verstappen can do the same this weekend.

Schumacher is the record-holder for the earliest win after he lifted the trophy with six races to go in 2002.

The German’s dominance led to early title wins also coming in 2001 and 2004 with four races left, a feat matched by Sebastian Vettel in 2011.

As Hamilton mentioned, he became champion in Mexico two years ago with three races remaining as he joined Vettel, Jim Clark and Jackie Stewart who achieved the same.

Although Verstappen might not have the support of his rivals, he can join some legendary names by winning the title in Singapore on Sunday.