Jaivian Lofton made an insane snag that easily staked its claim for catch of the college football season on Saturday.

In Liberty’s win over Old Dominion, Lofton made a catch with mystifying ease — sticking up one-hand to haul in a 34-yard reception while holding off the defensive-back with the other.

After somehow hauling in the absurd catch, Lofton stared and stood over his opponent with an understandable swagger.

Receiver Jaivian Lofton put up one hand and hauled in a crazy catch to rival Odell Beckham Jr. 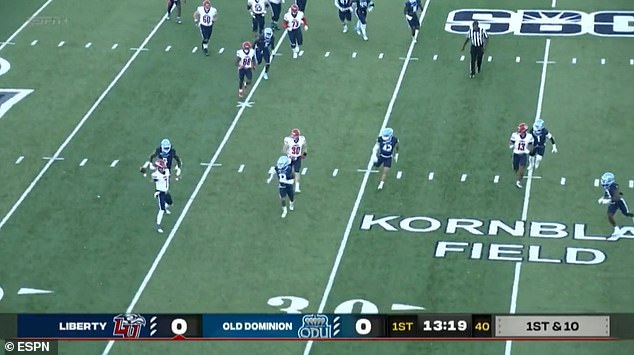 Lofton is a junior who transferred to the Virginia-based school from Chaffey College in Rancho Cucamonga, CA.

The six-foot-one receiver had two receptions for 44 yards and a touchdown in the 38-24 win over the Monarchs.

Over the season, Lofton has seven receptions for 90 yards and a sole, sensational touchdown. 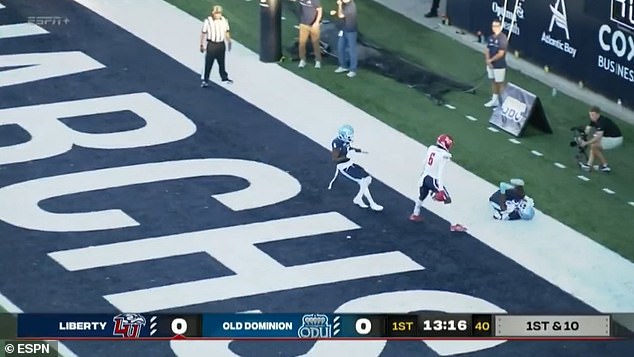 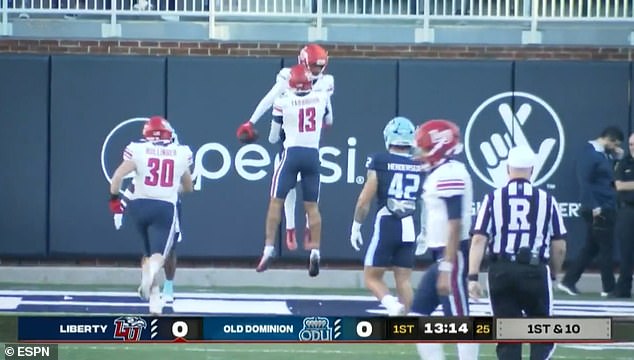 The win keeps Liberty in the hunt for the FBS Independents title, as they sit in equal first-place with BYU at 5-1.

Up next for Liberty and Lofton are fellow Independent school, the 1-4 UMass Minutemen.

Meanwhile, Old Dominion — who sit third in the East Division of the Sun Belt Conference — face Coastal Carolina in Conway, SC. next Saturday. 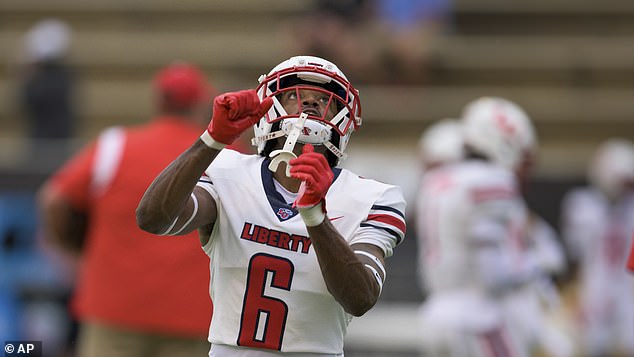 Lofton is a junior who transferred to Liberty from Chaffey College in Rancho Cucamonga, CA.