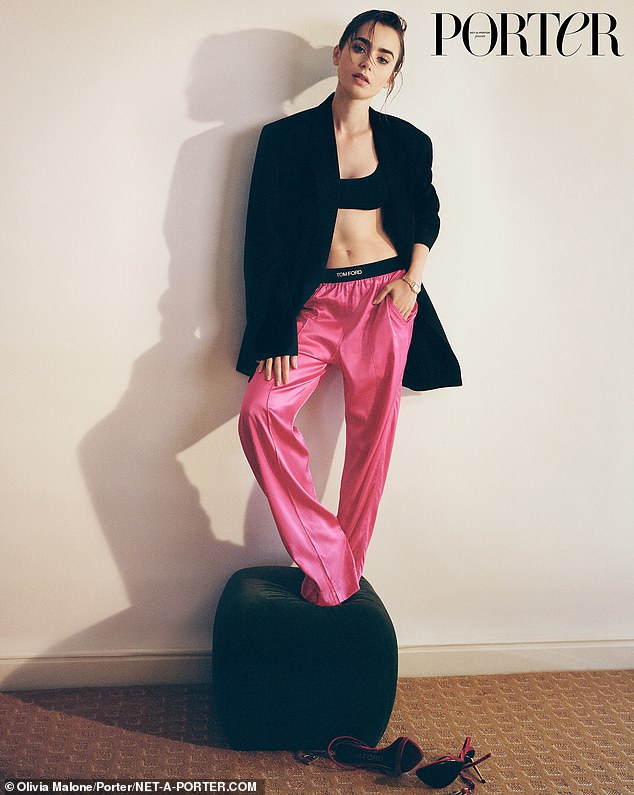 Lily Collins offers a rare insight into her marriage with husband Charlie McDowell ahead of the much-anticipated return of Emily In Paris series three.

The leading lady, 33, in the Netflix romantic comedy reflects on her own relationship in the latest issue of NET-A-PORTER’s digital title, PORTER.

Lily, who stars on the front cover in a ab-flashing co-ord, admits American film director Charlie, 39, turned her world upside down for the better when she met him.

Behind-the-scenes: Lily Collins offers a rare insight into her marriage with husband Charlie McDowell ahead of the much-anticipated return of Emily In Paris series three

Having grown up in the spotlight thanks to her famous father Phil Collins, Lily reveals how Charlie made her reevaluate her life as it was.

‘When I met my now-husband… he encouraged me to reflect on who I am, and what I need. That was an amazing moment,’ she says.

And while her character Emily prefers fashion statements, love interests and the glossy lights of Paris – Lily says her day-to-day life is far less glamorous. 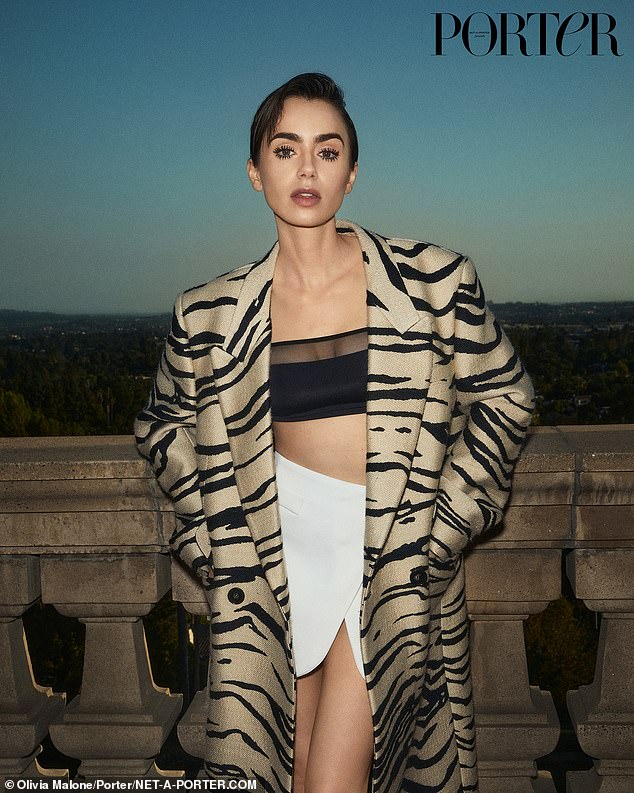 Stunning: The leading lady, 33, in the Netflix romantic comedy reflects on her own relationship as she stars in a striking photoshoot 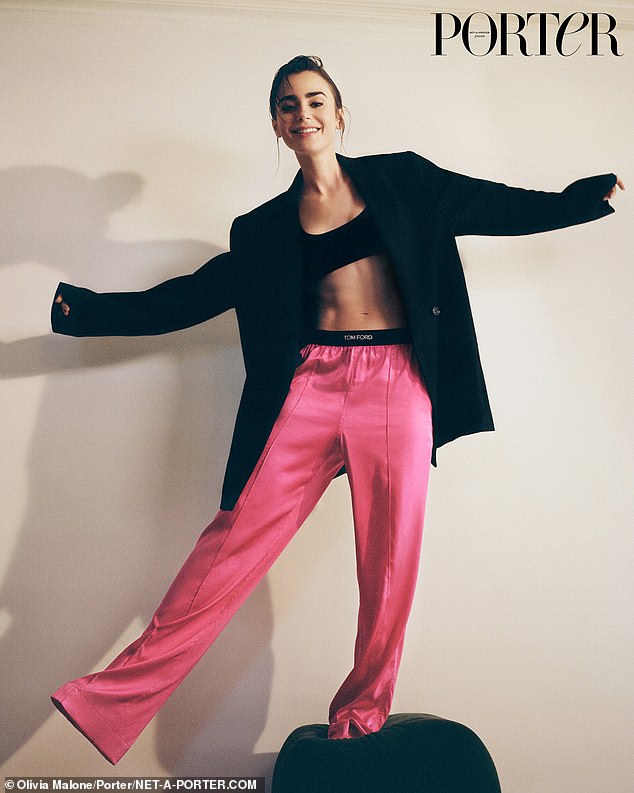 Strike a pose: The Netflix star puts on a confident display as she showcases her toned figure in clothes from designers Stella McCartney, Coperni and Tom Ford 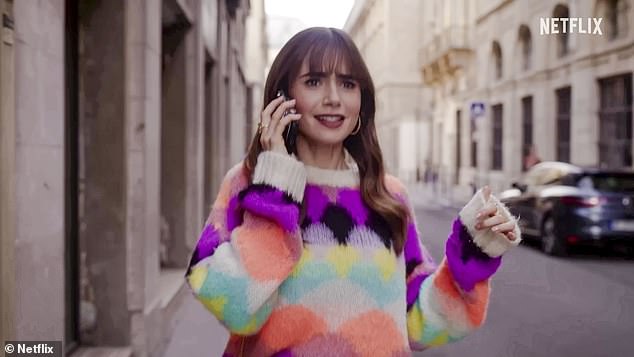 She’s back! Lily is back for series three of Emily In Paris, released later this month

The actress says her days are filled with dog walks and watching reality shows as her guilty pleasure – but she does struggle to switch off from her high-powered career.

She says: “I wanna watch my Real Housewives! Again, it’s very much like Emily, but I am unapologetically work-driven. I also love life, and I want to live outside of what I do.”

And while the Netflix star puts on a confident display as she showcases her toned figure in clothes from designers Stella McCartney, Coperni and Tom Ford, Lily admits behind-the-scenes she is some who “overthinks all the time”. 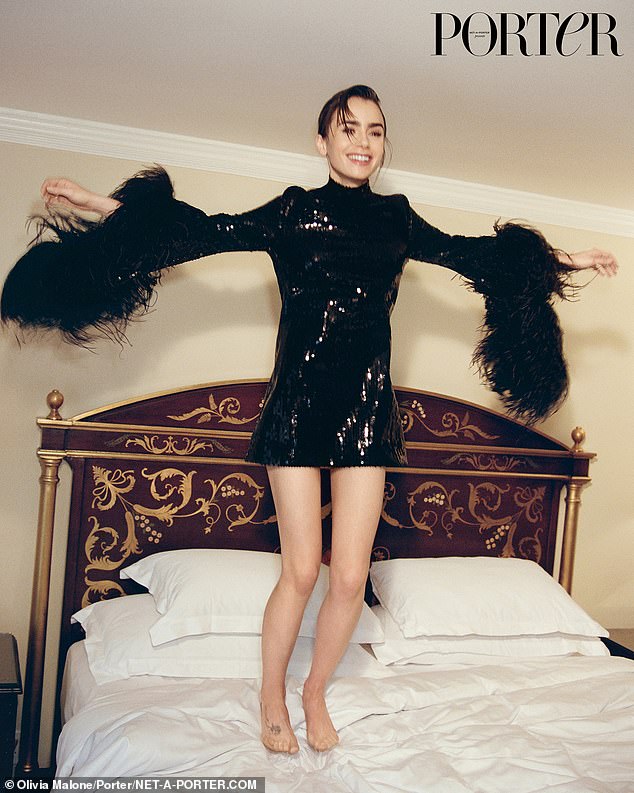 Glamorous: Lily lived up to her Emily In Paris character in a stunning black sequin minidress with feathered sleeves 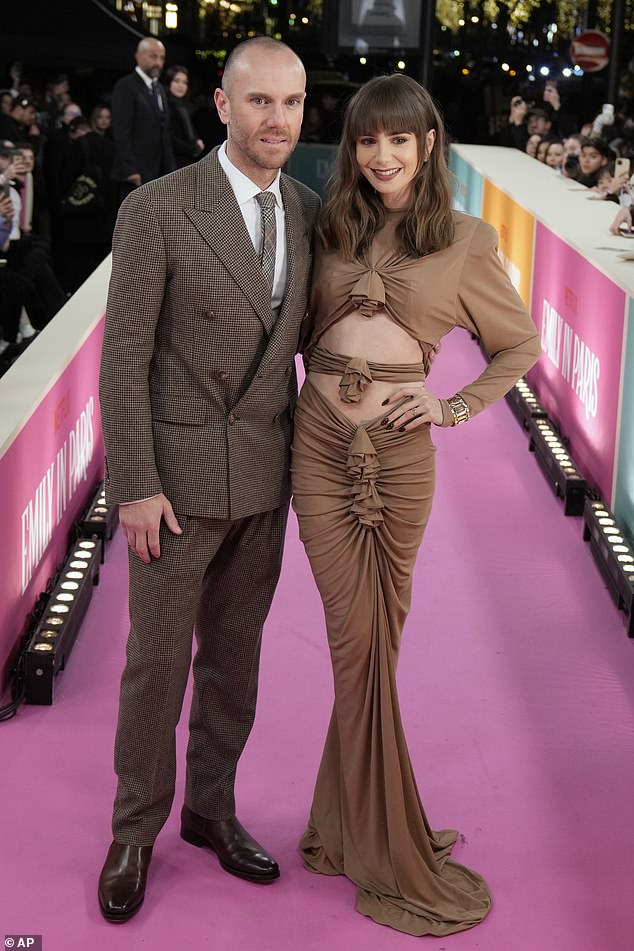 Happily married: Lily pictured with husband Charlie at the premiere earlier this month

“I’ve always been a real advocate of self-care, self-reflection, journaling, therapy – whatever it is that helps you center,” she says.

“For me, there is so much of my life that’s lived publicly, so I want to make sure that I can keep a balance. And not just for myself, but for my future family. And for my life.”

But Lily says she is a “strong believer” in speaking out about mental health and leaning on others for support if needed. 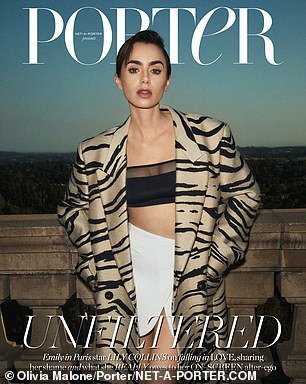 Read all about it: Lily stars in the latest issue of PORTER

“I always have been someone who is very open; I’ve always been a strong believer in sharing and discussing feelings about things that are considered shameful or confusing. It’s always a learning curve.

“But I feel like I am able to have that balance. And I have a support system of people that I know will help me if I need help,” she says.

Ahead of Emily In Paris returning to screens on December 21, Lily says what advice she would have given to Emily.

“I feel very confident in the fact that she will make the most of any situation, even if it’s learning from a mistake.

“It’s really important to be able to tap into yourself and to understand what you need and want.

‘I would have encouraged her to remember that moment when she broke up with [her Chicago boyfriend] Doug, and to say, “Remember when you chose yourself?”.’ 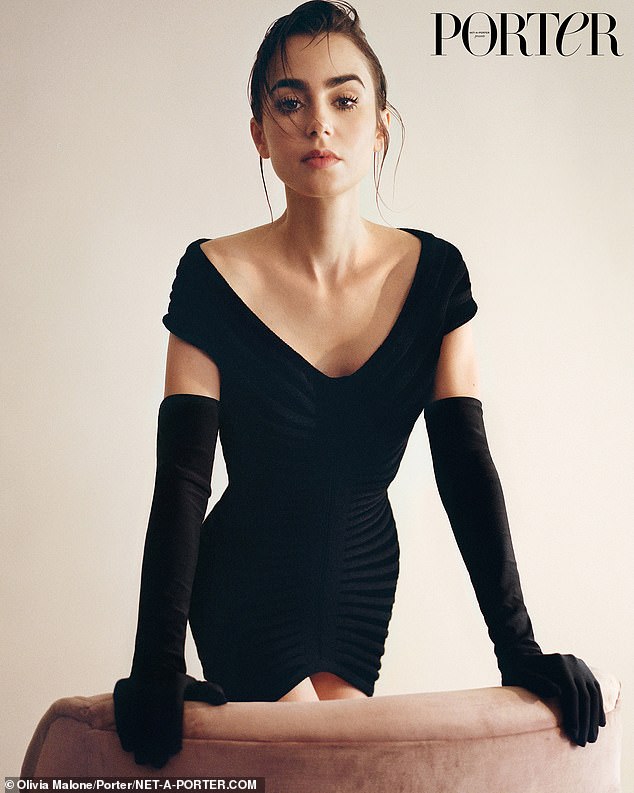