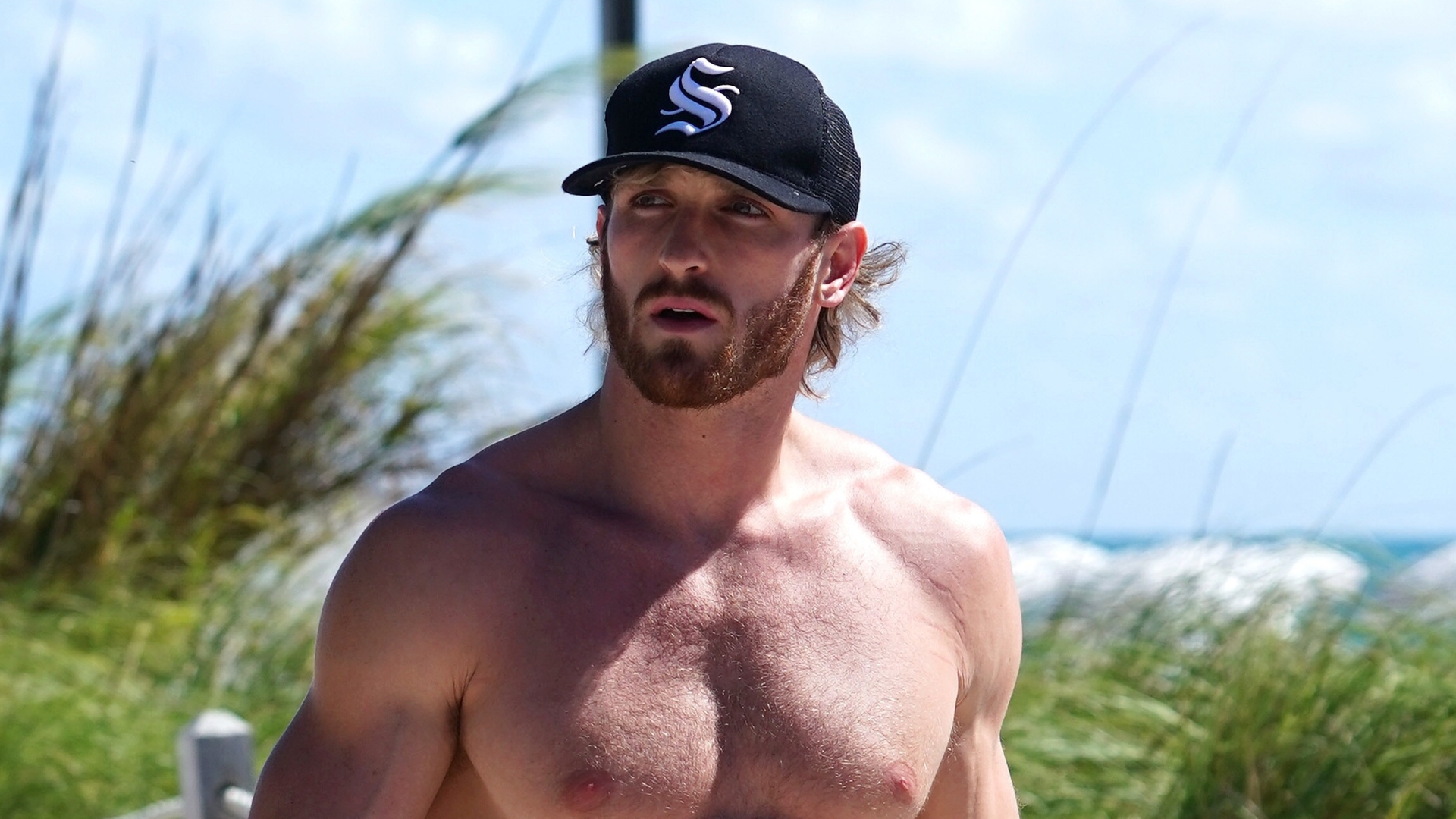 YouTuber Logan Paul appears to be in the best shape of his life ahead of his Undisputed WWE Universal Championship match next month.

‘The Maverick’ is set to face Roman Reigns at the promotion’s Crown Jewel event in Saudi Arabia on November 5 after impressing the promotion’s top brass during appearances at WrestleMania and SummerSlam.

Ahead of his first WWE title shot, the 27-year-old internet celebrity has been pictured with his girlfriend, Nina Agdal, in Miami.

And he appears to be in terrific shape ahead of the clash, which he compares to boxing ring legend Floyd Mayweather.

“One time I was by the ropes, and he had me under his arm, dude covered my mouth with his glove and stopped my breathing for like two breaths. An advanced move that only Floyd Mayweather would know because he has been boxing for 40 years.

“I’m positive Roman’s going to have some stuff up his sleeve and I’m going to be paying attention to all of it and use it and put it in my arsenal for when I become the WWE Champion.”

The 0-1 professional boxer, who is preparing to return to the ring in January 2023, revealed he is working so hard in the gym because he believes he can make history at the WWE’s next pay-per-view event.

“The six-pack is coming. The flips are getting easier. It’s all good. “I’m working my a** off, man. I don’t think my hard work can be underestimated and I’m giving it my all for this match because this is it,” Paul added.

“This is an opportunity to make history, to take the Title from the best, right off the rip. Three matches in. This has not been done before, but I’m going to do it because it’s what I do.”

However, Paul understands that it takes more than being a tremendous athlete to succeed in professional wrestling and revealed he believes that physicality is trumped by showmanship in the sport.

“The physicality comes easy and from what I’ve learned thus far that’s not the part that makes a WWE Superstar great,” he continued.

“I can get in the air and do the flips and do all the tricks, but if I can’t bring you along on my story, on my arc, who I am as a person, there’s no show. I think the showmanship actually takes precedence before you do your moves.

“You make people care when you’re on that mic and if they’re glued to who you are and what you’re trying to do, the performance is going to come easy.”