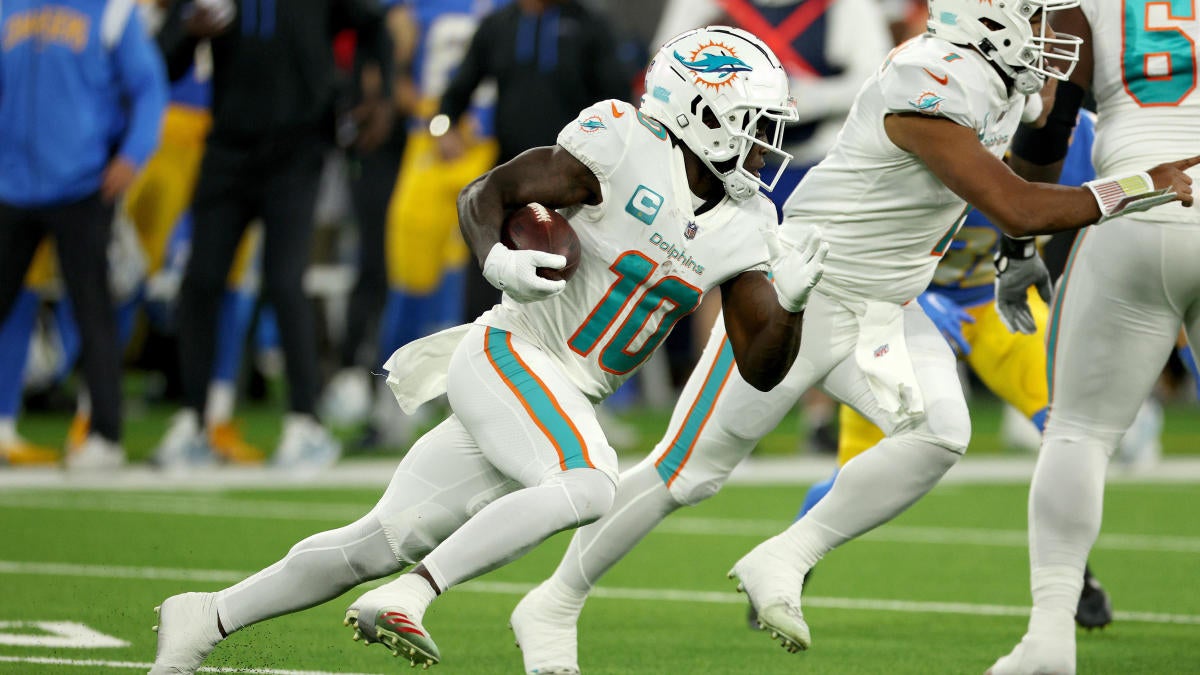 Just when you think you’ve seen it all, the NFL gives you another play that simply leaves your jaw on the floor. Midway through the second quarter of Miami’s “Sunday Night Football” matchup with the Chargers, Tua Tagovailoa handed the ball off to running back Jeff Wilson Jr. He took it up the middle to midfield for a 6-yard gain before the ball was jarred free.

It was at that point when the ball initially fell into a scrum of Dolphins and Chargers players before leaking out. Wide receiver Tyreek Hill then picked up the ball, rolled out to his right, and scampered free for one of the more improbable 57-yard touchdown runs that you’ll ever see.

I mean, what are the odds that not only does the ball leak free from the pile, but it trickles into the hands of the fastest player in the entire NFL? Hill reached a top speed of 21.78 mph on that return while traveling a distance of 93 yards, per Next Gen Stats. Hill has reached 20-plus mph on 54 touches dating to 2018. That is more than double the next closest player (Saquon Barkley, 23).

That score brought the Dolphins within a field goal of the Chargers and was a much-needed boost to an offense that has been sluggish to begin this prime-time matchup. At the time of Hill’s touchdown return, he had just two catches for 13 yards.

While a minuscule output for Hill’s standards, it was enough for him to break the Dolphins franchise record for most receiving yards in a single season, which he specifically did on a 13-yard grab in the first quarter.  Also, per NFL Research, Hill is now the only player in the Super Bowl era to record a touchdown in each of the following ways: receiving, rushing, kick return, punt return and now fumble return.