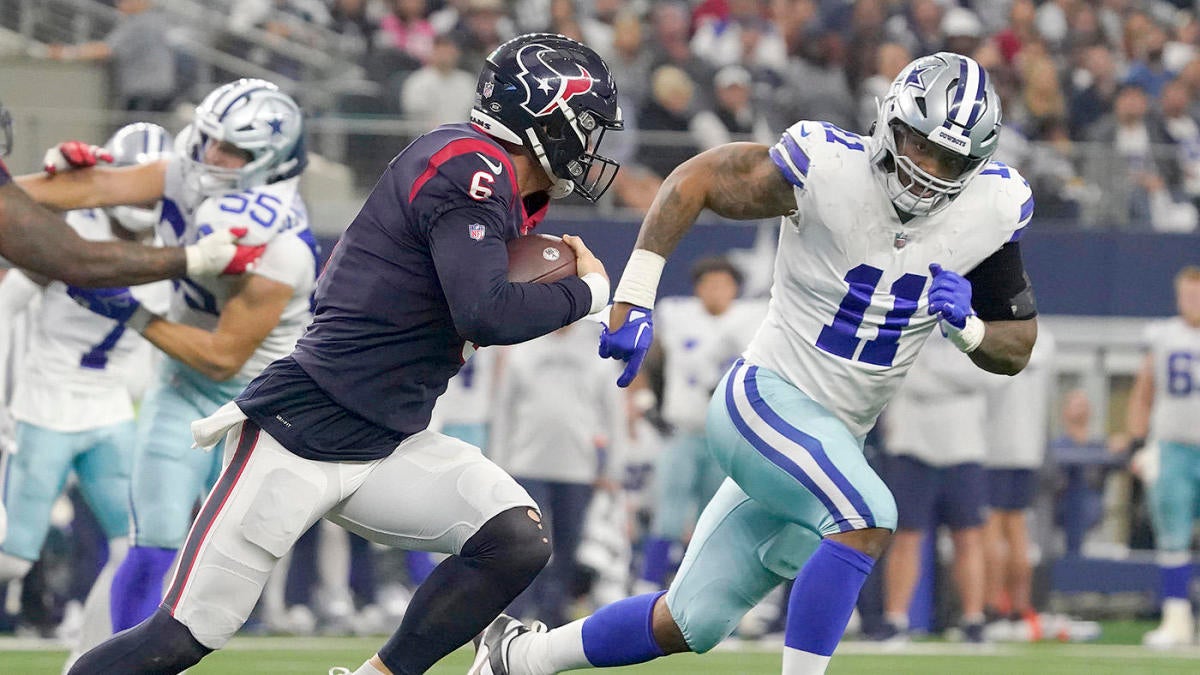 On paper, the Cowboys entered Week 14 as one of the safest bets in the entire NFL, favored by 16.5 points against the lowly Texans. In real life, the Cowboys were almost not a match for their Texas counterparts, nearly fumbling a chance to keep pace with the NFC East-leading Eagles in a 27-23 comeback win over Houston on their own turf.

The Texans came in with just one win in their first 12 games, and even rotated quarterbacks during Sunday’s matchup, with both Davis Mills and Jeff Driskel taking reps under center. But former Packers receiver Amari Rodgers delivered an acrobatic touchdown catch working against a secondary that saw star cornerback Trevon Diggs tend to injury. And Lovie Smith’s defense was even more impressive, intercepting Dak Prescott twice, including late in the fourth quarter to retain a 23-20 lead.

Prescott eventually rallied Dallas, guiding an 11-play, 98-yard drive capped by an Ezekiel Elliott TD with 41 seconds remaining. But the day was full of miscues for America’s Team, including a muffed punt and untimely picks in the passing game. The Cowboys defense deserves credit for the win, too, delivering a goal-line stand to set up the go-ahead scoring drive. But Houston totaled 17 points off turnovers in the game, and may have made more noise late if not for star running back Dameon Pierce leaving due to injury.

With the win, the Cowboys (10-3) technically remain in contention for the NFC East title. But they did not enjoy the smooth afternoon their rival Eagles (12-1) had in New York, where the division-leading Birds rolled to a 48-22 victory. Philly and Dallas will rematch in Week 16 on Christmas Eve, with playoff seeding potentially on the line.