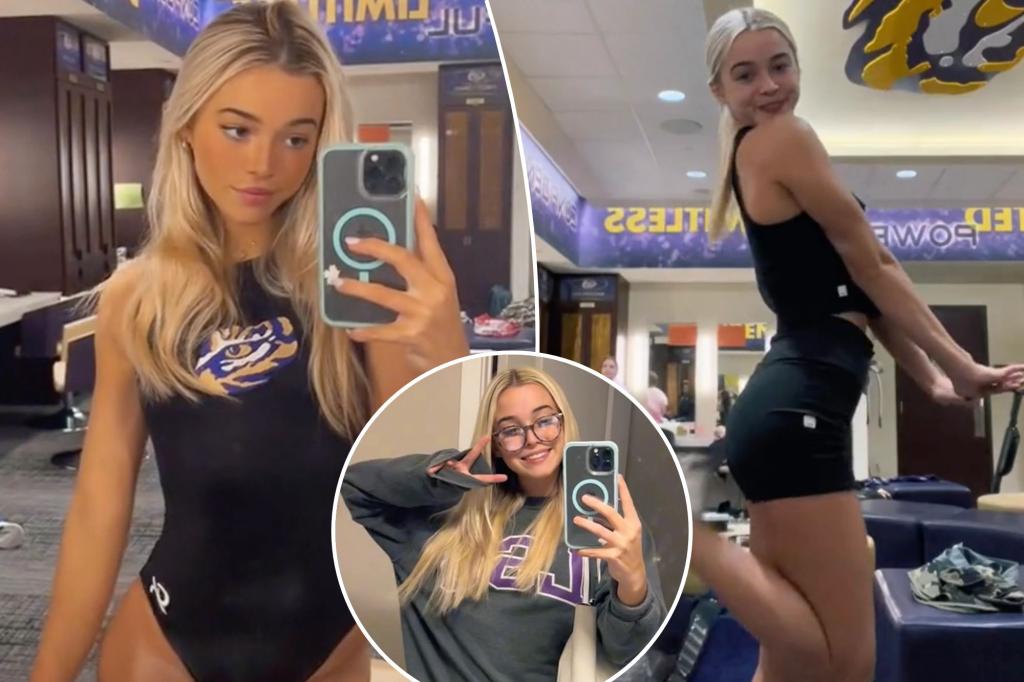 Just because Olivia Dunne has the day off doesn’t mean she has much time to spare.

In a new video posted to her TikTok page, the famed LSU gymnast gave her 6.2 million followers an inside look at what a typical day off entails for the Division I athlete.

Dunne began her day with a 5:30 a.m. wake-up call as she was instructed to be at substance testing at 6 a.m. From there, she and her teammate ventured to a local Starbucks, where she sipped on a vanilla latte with oat milk.

A trip to the stadium for treatment was also part of Dunne’s morning plans as she’s currently dealing with a torn labrum. From there, she enjoyed “a literal, life-changing massage” before heading to the gym for condition.

“The grind don’t stop,” Dunne captioned the video on her page.

The 20-year-old gymnast also squeezed in more treatment for her shoulder in the afternoon, followed by dinner in the dining hall with her teammates. To cap off the day at 7 p.m., Dunne did some schoolwork and readied for bed.

This isn’t the first time Dunne has shared life happenings with fans. Earlier this month, the gymnast — who has been regarded as one of the most influential athletes — showed off her “pre-szn grind” on TikTok, where she posed in her LSU leotard.

Weeks prior, Dunne caught the attention of Mississippi State safety Jordan Morant, who attempted to shoot his shot with the New Jersey native on social media. It is unclear if anything transpired from the exchange.