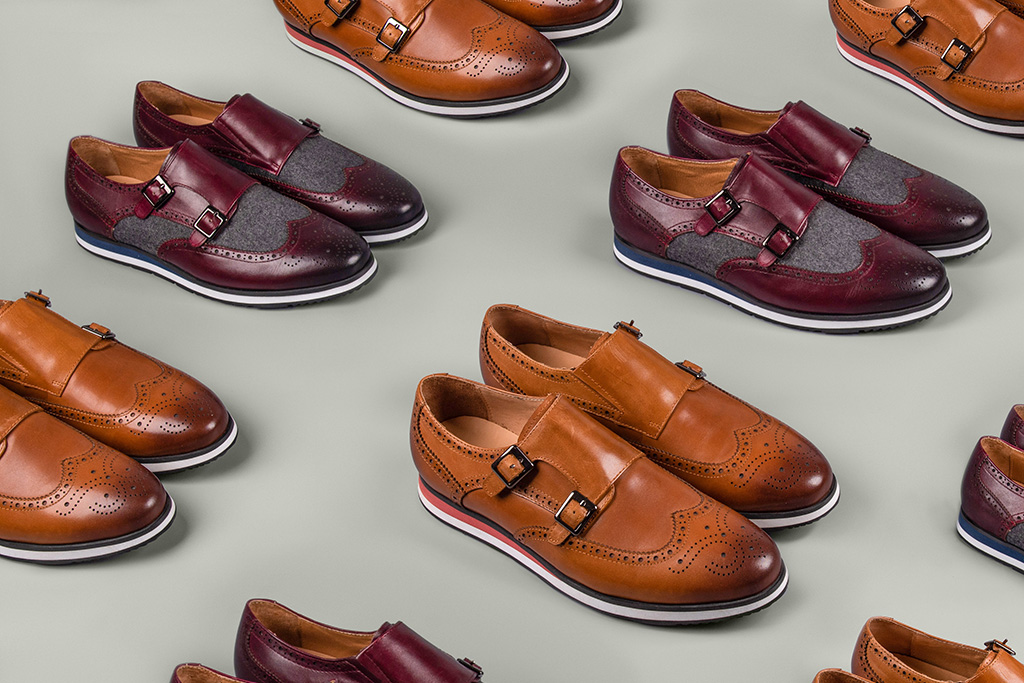 Located at 169 N Sangamon Street in the West Loop neighborhood, the new 1,300 square foot space showcases the brand’s range of casual-meets-dress shoe styles across loafers, boots and sneakers. According to Malczewski, he chose the West Loop area for his first permanent store following a recent pop-up he opened in Oakbrook Center mall in the suburbs of Chicago.

“I realized being in a mall was too limiting for what I wanted to accomplish,” Malczewski told FN. “This new West Loop space will allow the store to be more of a community hub that can host events with artists and musicians along with weekly DJ nights on Fridays. The kind of experience I want to provide consumers will fit in well with the artsy and bohemian vibe of the neighborhood.”

Malczewski added that West Loop is one of the fast-growing areas of the Windy City, with his new flagship located next to a Lululemon and down the street from an Allbirds outpost and Soho House.

As for the store’s design, Malczewski said it widely features Marc Nolan’s signature vibrant blue color on the walls and ceiling, with reddish orange piping, mid-century modern lighting, custom modern shelving, and a giant custom plant wall. “We wanted the design of the space to feel both cool yet welcoming, a shopping destination our customers will want to hang out in. It was also important for us to retain integrity of the original space, and not just be another place for Instagram,” added Malczewski.

Asked if this first store was just the beginning, Malczewski said that he would love to open more stores in the coming years. New York City, California, Texas, Florida, and Atlanta are all markets he is interested in having a physical presence. “These regions represent our top e-commerce markets, so it would be great to have a physical space for our customers to visit in these areas.”

What’s more, Malczewski mentioned that international expansion is also top of mind. The founder said that following the war in Ukraine, the brand paused its plans to open a distribution center in Malczewski’s home country of Poland in order to service European customers. “I think we can try again in two years. In the meantime, I am thinking about Canada as a possible international play.”

This new opening comes as the men’s shoe brand has experienced rapid growth in the last few years. Marc Nolan recently landed on Inc.’s “5,000 Most Successful Companies” list, having seen a three-year revenue growth of 2,390%. Malczewski added that the brand saw sales of over $5 million in 2021, up from $1.5 million the prior year and just $250,000 in its first year.