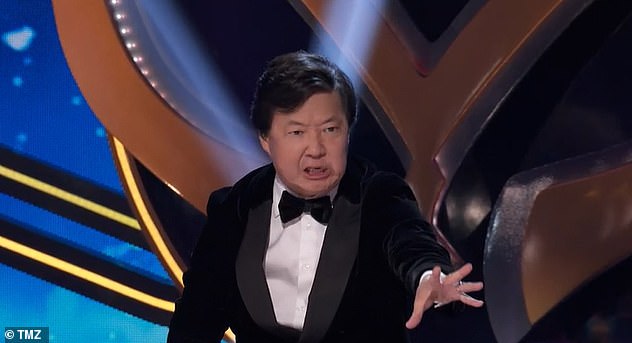 ‘This is seven-time Super Bowl winner Tom Brady!’: Masked Singer clip surfaces of Ken Jeong guessing that Tom Brady IS a contestant on the show… but cuts off before the actor finds out if he’s correct!

It couldn’t be, could it? Tom Brady on the Masked Singer?

That’s what Ken Jeong, among many, believe despite Brady’s return to Bucs training camp on Monday.

A clip first obtained by TMZ fanned the flames of conspiracy — showing Jeong, a guest on the show, saying the former New England man was behind the mask.

‘I think this could be the greatest of all-time. He just got fined for not showing up to training camp because he is here on “The Masked Singer!”’ Jeong crowed.

It is at this moment that the clip cuts away to a photoshopped image of Brady which conceals the image of the unidentified celebrity.

Well played, Fox. Fans are no closer to answering the most absurd question circulating in the NFL world.

The time frame of Brady’s absence led to some fans questioning if Brady has been recording episodes of Fox’s ‘The Masked Singer,’ after one reddit user pointed out the dates the show was being recorded matched up perfectly with his absence.

The Northern California native directly addressed these rumors Tuesday, doing so while promoting his eponymously-named clothing brand, quote tweeting a video of a man riding a motorcycle wearing solely a helmet and underwear.

‘Wasn’t on the masked singer last week. Was wearing a mask though,’ the future Hall-of-Famer said in the tweet. 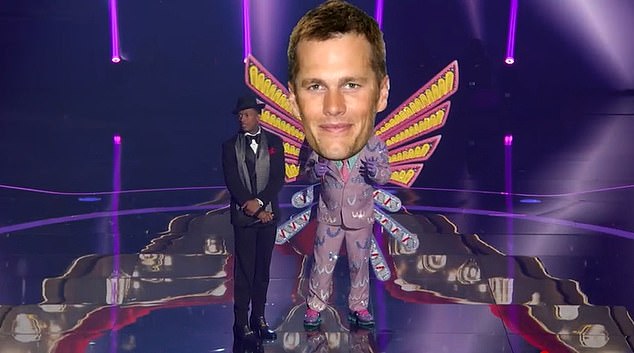 While it is unclear if what Brady is saying is gospel, his engagement with the conspiracy kept the conversation going on social media.

Brady could have been referring to wearing a mask during his pre-planned break due to Covid-19 restrictions.

NFL Network’s Ian Rapaport also put forth his account of the absence, suggesting it related to Brady’s desire for a ‘work-life balance’. 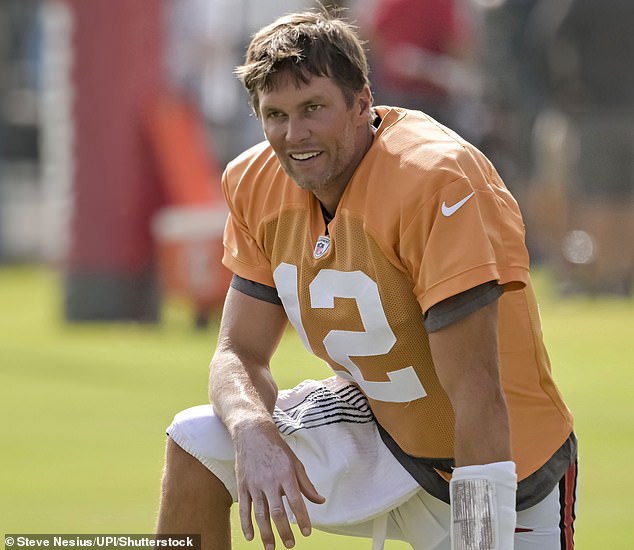 The Buccaneers signal-caller had been away for 11 days as he took a team-approved sabbatical so as to tend to ‘personal issues.’

The American icon signed a pre-contract deal with Fox to be their lead football analyst.

Brady’s role in their coverage is set to land him $375million over 10 years as soon as his playing days are over. Whenever that may be!