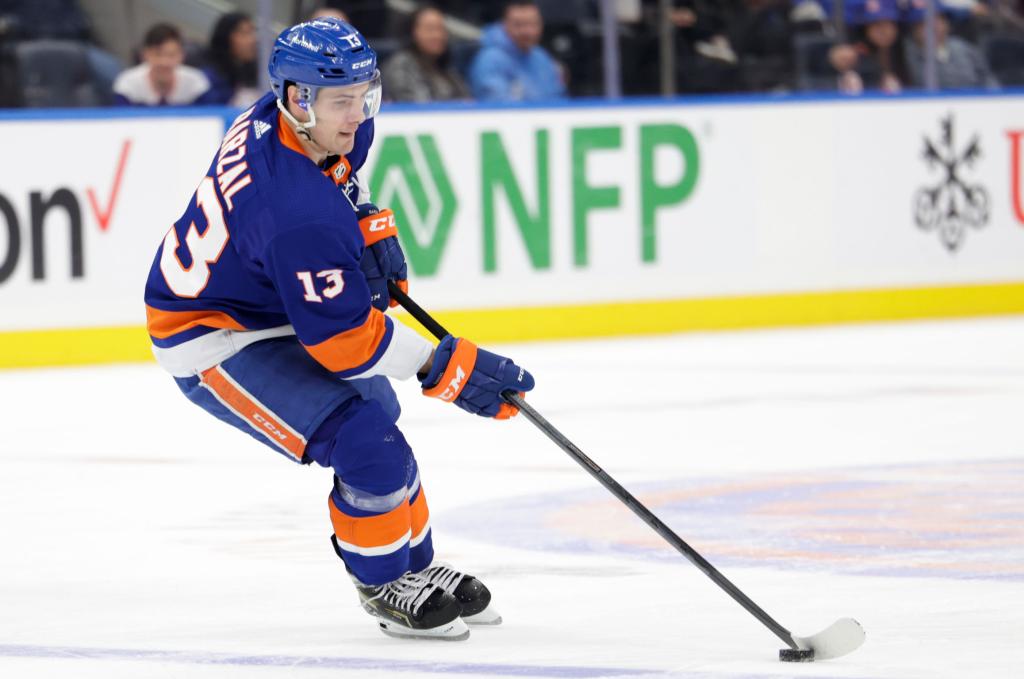 The opening of Islanders training camp near, so the game of trying to figure out how to get the most out of Mathew Barzal is about to resume. And this time, the stakes are higher.

That is not just because Barzal, 25, is coming off a season in which he scored just 59 points, a career-low over an 82-game season, as he struggled to click with any combination of linemates and the Islanders struggled to put together a coherent offensive attack. It is because this will be the last season of Barzal’s three-year, $21 million bridge deal, after which he will hit restricted free agency with just a year to go before eligibility for unrestricted free agency.

Barzal has said he wishes to remain an Islander for the long term, but as the franchise knows well, minds can change. And even if that is Barzal’s intention, there is always the reality that a one-year bridge deal could give him more eventual leverage than signing a long-term contract next summer. Much of that calculation — on general manager Lou Lamoriello’s end as well as Barzal’s — will come down to how he performs this season under the auspices of new coach Lane Lambert.

“We need him to be at his best every night in order for us to have success,” Lambert said Tuesday, before the Islanders opened up rookie camp. “The one thing I’ve learned about Mat, certainly over the last four years, is his growth as a player. As an overall player. And his point production may have dropped a little bit, but it’s the other areas of the game where he’s improved.”

While waiting to see what changes from former coach Barry Trotz to Lambert, who was associate coach under Trotz, that is an interesting message to stress about the team’s biggest offensive talent.

It might be true that Barzal has become more responsible for defense as he has spent more time in the league, and it’s certainly the case that the Islanders want that out of all their centers. But the underlying numbers support the top-line assertion that last season was a setback for Barzal.

Not counting his two-game stint with the Islanders in 2016-17, Barzal’s 48.72 expected goals percentage at five-on-five last season was the worst of his NHL career, per Natural Stat Trick, and a drop of more than eight percent compared to 2020-21. Ditto for his 48.08 high-danger chance percentage, which fell from more than 60 percent the year prior. That backs up the eye test. Barzal looked for long stretches as if he were trying and failing to open holes for teammates instead of the whole group making each other better.

Going into the offseason, a scoring winger — presumably to play alongside Barzal — was atop the Islanders’ wish list. That did not happen, so the Islanders will go into camp with the same need as last season — a winger who can replicate Jordan Eberle’s chemistry with Barzal — and the same group of players from which to fill it.

Among Islanders wingers who played more than 100 minutes with Barzal last season, just two had more than a 50 percent expected goals rate alongside him, per Natural Stat Trick — Anders Lee and Kyle Palmieri. Lee, who found chemistry with Brock Nelson late in the season, is far from a lock to play next to Barzal when the season opens on Oct. 13.

Anthony Beauvillier and Oliver Wahlstrom both have talent and need to put it together. Josh Bailey played with Barzal and Lee for long stretches of last season with uninspiring results, and Zach Parise seemed to work for stretches on Barzal’s left. But surely it would be better for all involved if the Islanders could find a younger, more dynamic combination.

“I feel very comfortable that we have the players here that can complement Mat and Mat complement them,” Lamoriello said last month.

Exactly who those players are, though, can’t be answered quite yet.