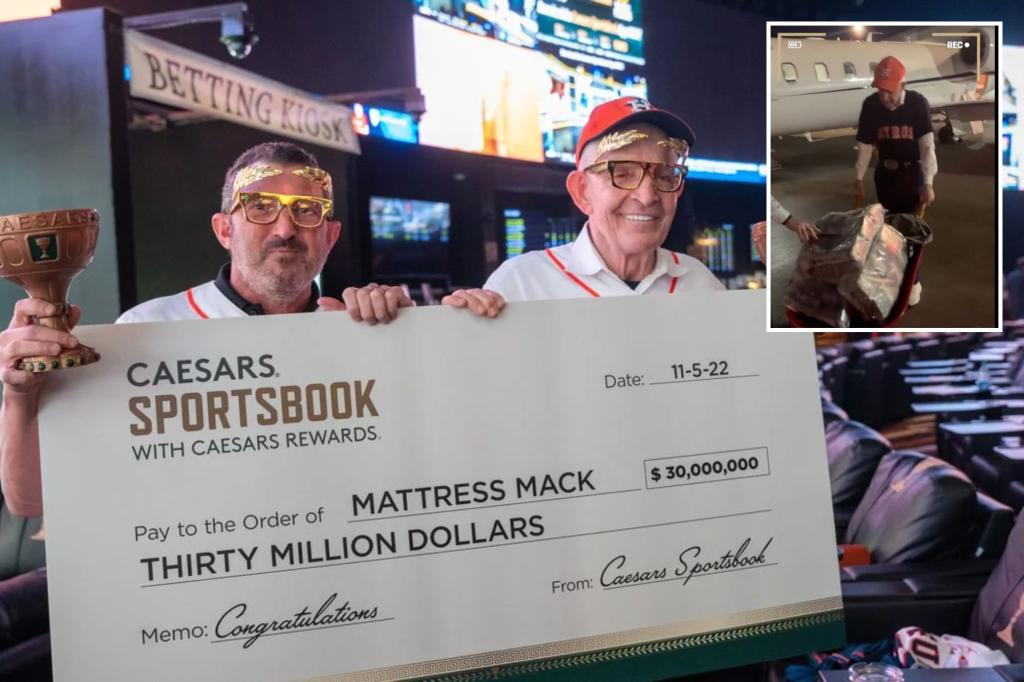 Earlier this week, McIngvale was loading his $10 million haul from BetMGM (he spread his wagers out amongst several sportsbooks) onto a private jet and apparently needed a wheelbarrow to transport the cash across the airport tarmac.

The Las Vegas Review-Journal asked him if he was OK.

“Yes, but the wheelbarrow tire went flat,” McIngvale said. “I’d never seen that much money. But you only live once. So I decided to go take a swing at it and fly home with all that cash.”

Other sportsbooks had more pragmatic ways of executing the payouts — McIngvale posed at Caesar’s with a gigantic check for $30 million.

It should be noted that this lark was not all profit for Mack. He made these bets to hedge a promotion at his furniture store where customers would be refunded up to twice their money back if the Astros won the World Series.

With McIngvale getting so much notoriety as a gambler of late, stories have also started to emerge about his altruism.

A Houston-area man named Carlos Hardy told Fox 26 that McIngvale gifted his family furniture when he was 10 years old, and it was then that he resolved to become a customer of Gallery Furniture when he could afford it one day.

“It was huge for me at the time because my family we were struggling,” Hardy told the outlet. “Oh, I knew instantly as a kid. I knew I had to come back and return the favor to him.”