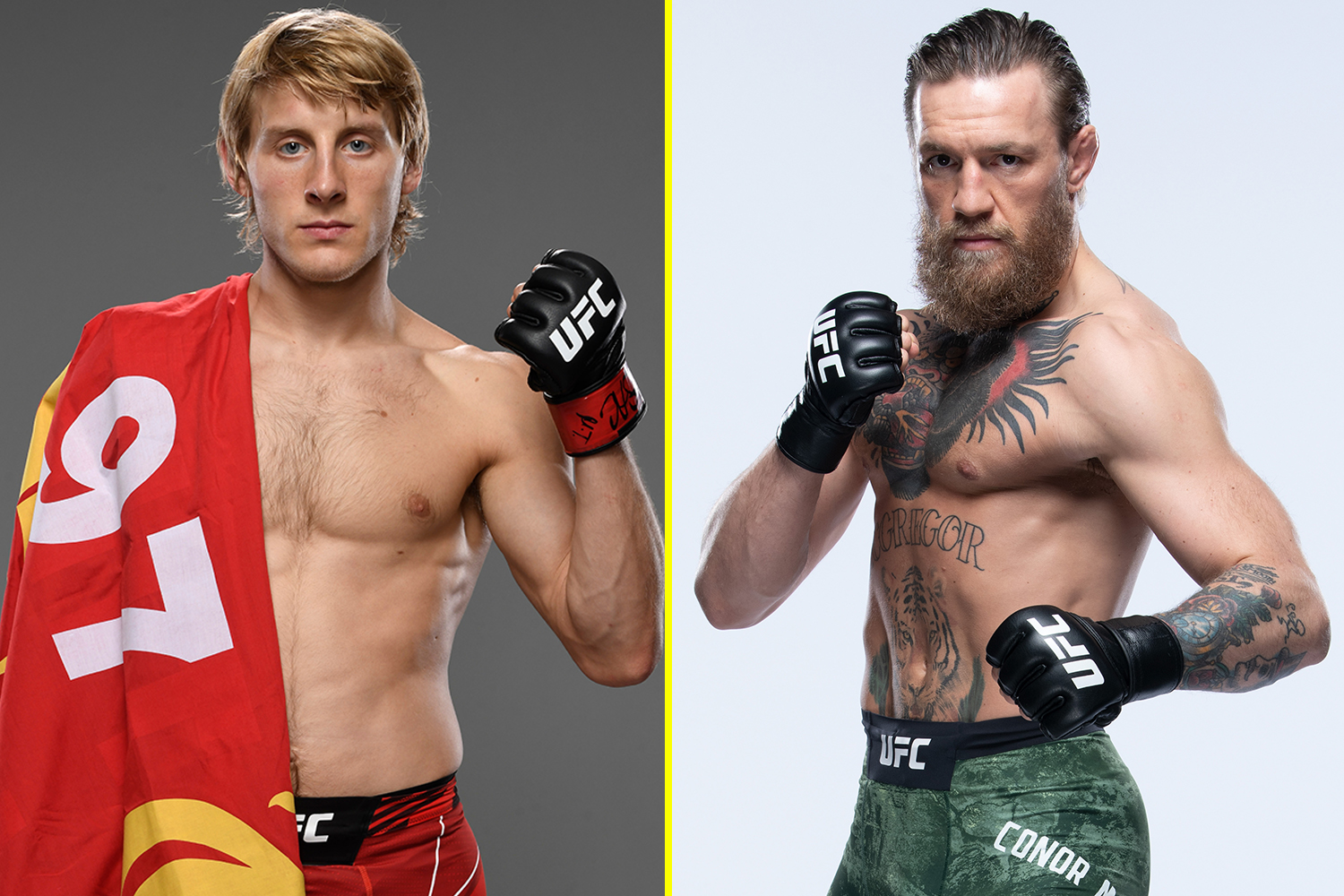 Paddy Pimblett is only a few fights into his UFC career, but he’s already got one eye on a potentially historic match-up with Conor McGregor.

‘The Baddy’ has picked up three stoppage wins and a legion of new fans since joining the UFC in 2021 due to his wild fighting style and charismatic personality.

In July, the 27-year-old got his biggest win to date when he choked out Jordan Leavitt inside two rounds at UFC London before delivering a poignant speech about men’s mental health that went viral.

During his post-fight celebrations, Pimblett travelled to Dublin with his teammate and friend, Molly McCann, who also picked up a big win at the O2 Arena.

While in Ireland’s capital the scouse duo received a call from ‘Notorious’ when they popped into The Black Forge Inn which is the jewel in the crown that is McGregor’s ever-expanding portfolio of pubs.

“I was in Dublin two or three weeks ago in his pub. Me and Molly were in there having a drink and a meal,” Pimblett said on Steve-O’s Wild Ride podcast.

“The annoying thing about it is, he was on FaceTime to us, he was talking to me. I think he did say something to me about my speech and that. I was like, ‘Thank you.’

“He said something else about my win but I couldn’t hear exactly what he was saying because we were in a pub and the music was loud.

“I wish there was a pair of earphones to put in, but he sorted the bill for us, so Conor’s a scouser.”

Despite thinking McGregor is a cool guy, the 27-year-old remains open to a fight with the MMA superstar and believes if they do ever face off it would be the biggest UFC event of all time.

“You never know, down the line me and him could end up fighting. It’s a possibility [if he] comes back down to 155lbs – that would be the biggest pay-per-view in the history of the UFC,” Pimblett added.

However, a fight between Pimblett and the former dual-weight champion seems to be some way off partly due to the fact the Liverpudlian is unranked at this moment in time.

Meanwhile, McGregor is currently working his way back to full fitness after fracturing his tibia and fibula at UFC 264 in July 2021.

During his time away from fighting, ‘Mystic Mac’ has seriously bulked up with the intention of competing for the welterweight title when he returns to action in 2023.

So, he’d need to come down in weight to make a Pimblett fight viable.