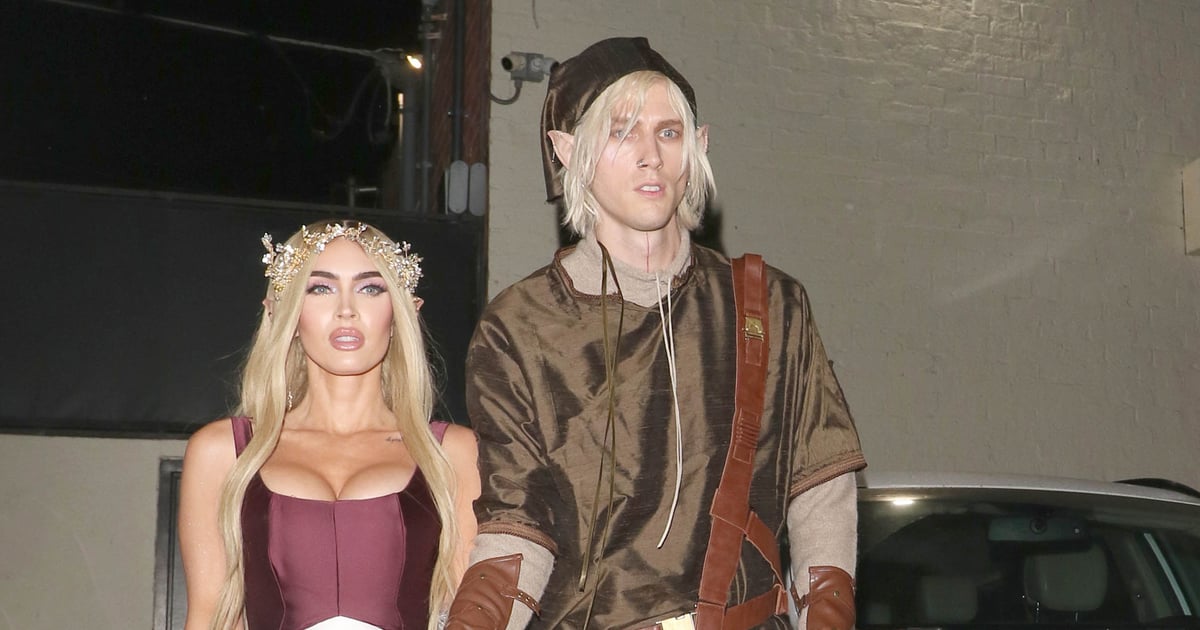 Megan Fox and Machine Gun Kelly went all out with their Halloween costumes this year, dressing as Zelda and Link from the video game “The Legend of Zelda.” And, while Kelly’s look was pretty on-point, it’s fair to say that Fox took creative liberties, making Zelda appear a lot sultrier than she does on screen.

The “Good Mourning” actress’s look featured a structured maroon bodice and opera-length gloves like the video game character. On the bottom, however, instead of a full white skirt, she wore more of an elongated loincloth that featured two front slits that practically reached her navel. With blond hair cascading down from a center part, she topped it all off with a crystal nature-inspired crown. Kelly, by her side, was wearing a pair of neutral-colored jeans, a brown top, boots, and all of the appropriate accessories for his Link costume.

It comes as no surprise that Fox chose a Halloween costume that seems like a wardrobe malfunction waiting to happen, as she’s well known for wearing daring looks all the time, not just on All Hallow’s Eve. In fact, she went so bold with her previous costume — a PVC cut-out bra replete with a leash — that she is currently facing backlash from commenters on Instagram. She dressed as a worshipper with Kelly posing as a priest, and some viewers are finding it disrespectful of the Catholic religion.

Her first Halloween costume Fox was also bold, though less controversial; she dressed as Pamela Anderson in a two-tone latex dress, with Kelly posing as her Tommy Lee.

Above, get a closer glimpse at her latest outfit including her double-slit skirt.