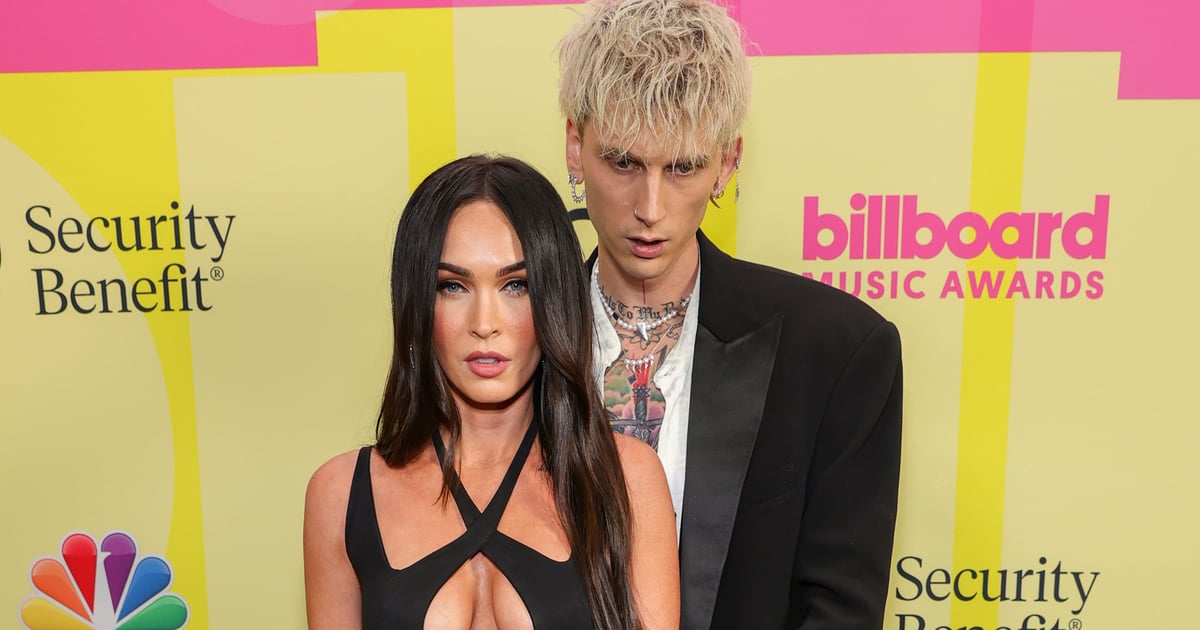 Megan Fox is on a roll this year with her Halloween costumes. The “Good Mourning” actress is making the most of spooky season, stepping out in a plunging latex dress to the Casamigos Halloween party for an epic Pam Anderson and Tommy Lee costume. She paired her two-tone dress with 6-inch platform PVC heels, while her husband-to-be Machine Gun Kelly (MGK) complemented her in a white tank top and arms covered in tattoos. But her latest outfit for All Hallow’s Eve is proving to be even more memorable.

Fox posed on Instagram dressed as a worshipper, with Machine Gun Kelly channeling a Catholic priest; their caption read “On Sundays we take communion 🙏🏻📿.” For her festive outfit, the 36-year-old star chose a black PVC bra with a halter neckline and a dramatic chest cutout. She layered a matching thong under fishnet tights and finished the look with black thigh-high boots. Fox draped a cape over her shoulder and affixed a leash to the bodice of her lingerie which MGK held in his hand. His ensemble included a robe with cross symbols to resemble that of a priest, a black choker, and matching black eye makeup. Fox’s beauty look featured straight gray hair, vampy eye makeup, and a dagger-shaped manicure with white tips.

While their post racked up the Instagram likes, some viewers took issue with the couples’s costume. One commenter wrote “This is disgusting and so not acceptable. Celebrities have no idea or respect these days. May God bless you because you clearly need his guidance and not the devils [sic].” Another said “Absolutely disgusting. I guess it’s ok to mock Christianity and the holy communion but every other religion is off limits?”

Fox and MGK have yet to respond to the backlash, but the two are known for sparking controversy. The mother-of-3 once revealed that she sometimes drinks her fiancé’s blood. After outrage, she later clarified the comment, assuring fans that’s it only a few drops.