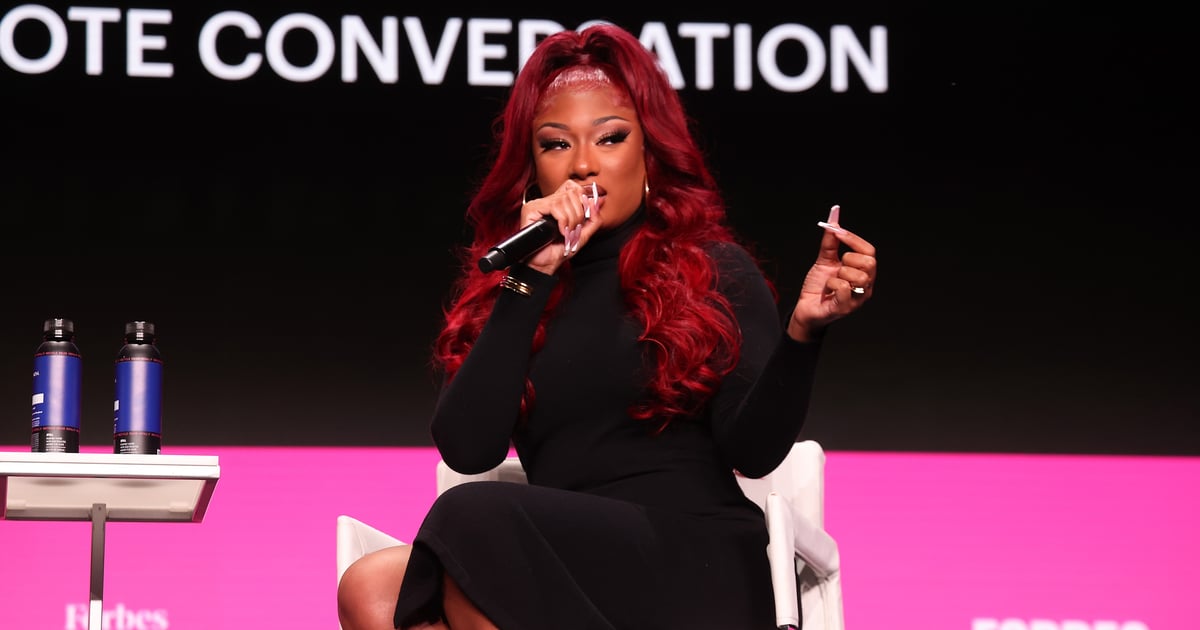 From the red carpet to our Instagram feeds, Megan The Stallion has been an inescapable force this year. Most recently, she made an appearance at the 2022 Forbes 30 Under 30 Summit, where she was the closing keynote speaker. The 27-year-old rapper and entrepreneur took to the stage Tuesday at the Detroit Opera House, wearing a black bodycon, midilength turtleneck dress. She accessorized the ensemble with gold hoops and black lace-up sandal heels.

During her keynote, the “Her” rapper opened up about her journey from hip-hop to entrepreneurship. She touched on her business partnerships with Nike, Revlon, Flamin’ Hot Cheetos, Netflix, and CashApp, as well as being a Popeyes franchise owner. She also debuted a new fiery-red hair color, which she wore in a voluminous half-up pony.

Other notable highlights for the star as of late? In August, the 27-year-old rapper released her new studio album, “Traumazine,” further cementing her place as one of hip-hop’s most formidable artists. This year, Megan also claimed a Billboard chart-topping single, “Sweetest Pie” feat. Dua Lipa, which was in constant rotation over the spring and summer months. And then, for The Cut, there was that double cover moment with the other Meghan, the Duchess of Sussex.

Next up for the three-time Grammy award-winning rapper: hosting and performing on “SNL” next Saturday, Oct. 15. Based on all the looks she’s been turning out this year, she’s sure to deliver a memorable performance ensemble. Ahead, see more images of the “Hot Girl”‘s bodycon turtleneck dress from the 2022 Forbes 30 Under 30 Summit, then shop a few similar dress styles for your own fall and winter wardrobe.