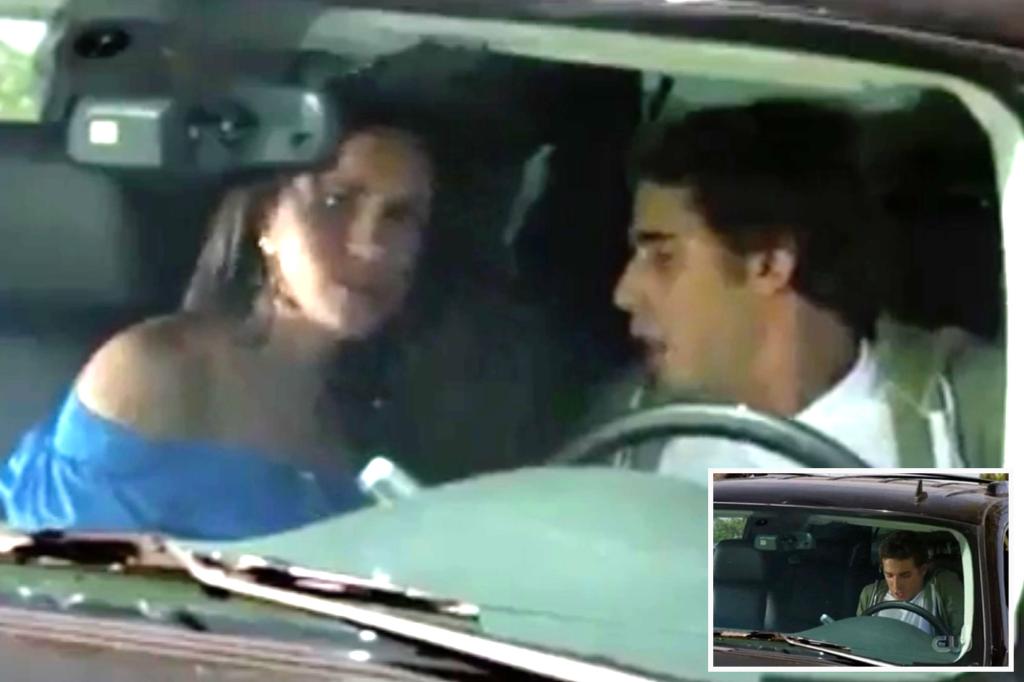 The former Duchess of Sussex may have had an issue being a briefcase babe, but she didn’t seem to have any reservations about doing a raunchy scene on “90210.”

Two years after Meghan Markle left her ‘Deal or No Deal’ gig, she made a cameo in “Beverly Hills, 90210,” performing oral sex in a car.

The newly resurfaced clip has many people calling Markle a hypocrite for leaving one “bimbo” gig for another.

In her stint on the “Beverly Hills, 90210” reboot in 2008, Markle plays Wendy, who appears to perform oral sex on Ethan, played by Dustin Milligan, as the two sat inside his car.

Markle was reportedly “hesitant” to reenact the oral sex scene for the “90210” role, but despite wanting a career that didn’t objectify women years earlier, she booked the gig anyway.

Markle claims she quit “Deal or No Deal” in 2006 because she didn’t like being objectified by sucking in her stomach and wearing fake lashes and hair extensions.

In her most recent podcast episode, “Breaking down the Bimbo” on “Archetypes” she discusses why she decided to leave the briefcase behind.

Markle mentions the job was to make ends meet and didn’t like that beauty was the priority over intellect.

“I want our daughter to aspire to be slightly higher. Yeah, I want my Lili to want to be educated and want to be smart and to pride herself on those things.”

A former castmate of Markle’s, Claudia Jordan, disagrees with the statement saying producers focused on showcasing the models with the “most outgoing and fun personalities” and that nobody was treated like bimbos.

Celebrities like Megyn Kelly believe Markle “Loved every minute of it! She wanted to be objectified!” and Whoopi Goldberg shared her two cents saying “That’s TV, baby … what did you think you were going to do? You know that’s what the show was.”

Markle’s alleged experience is causing an uproar but maybe this bimbo treatment she refers to comes from her not receiving enough on-air time on the game show.