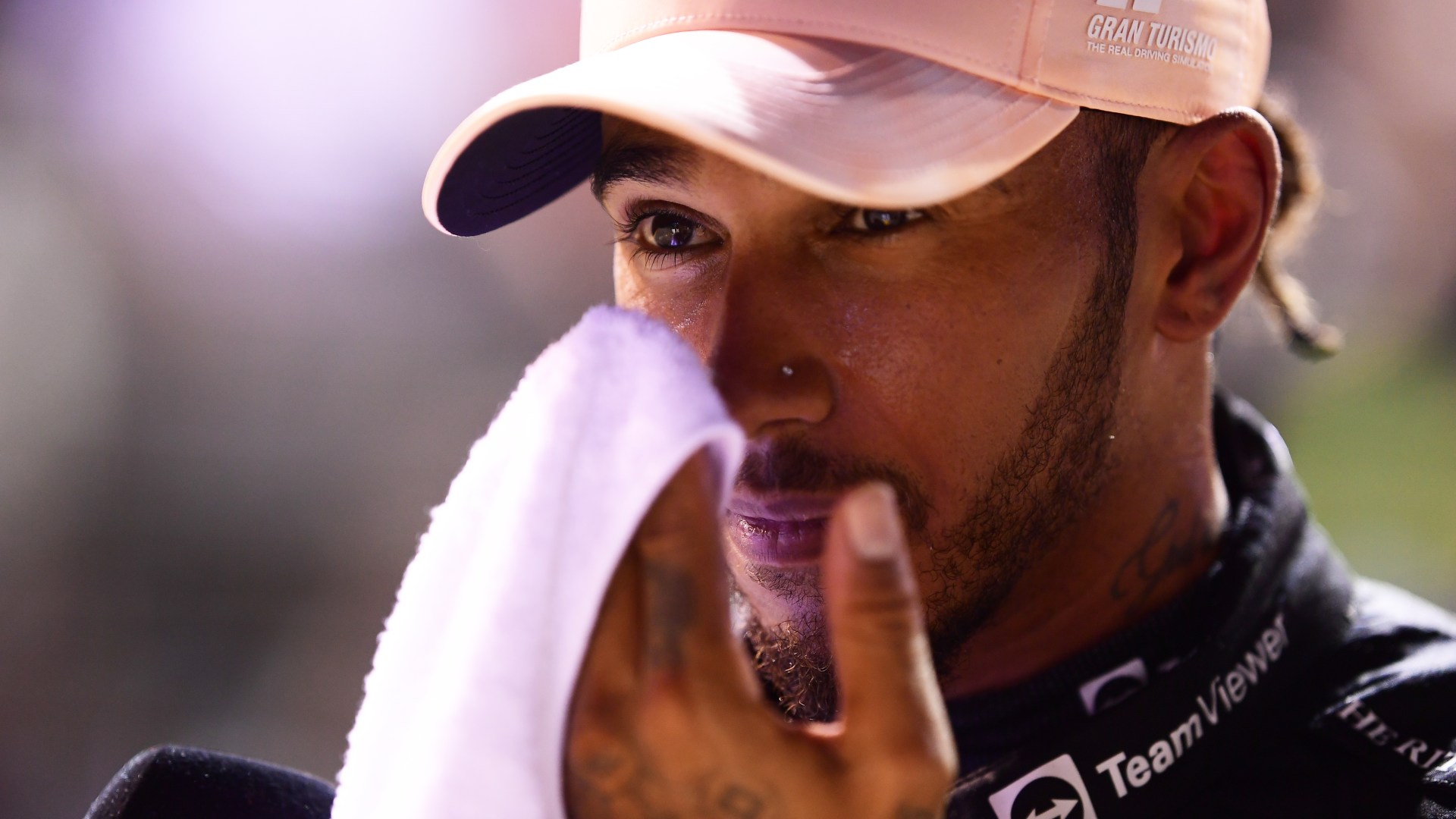 Mercedes have been fined £21,900 for not declaring Lewis Hamilton’s nose piercing at the Singapore Grand Prix.

Hamilton managed to avoid punishment after producing a medical report that showed he had been advised by a doctor not to remove the stud, an update his team missed.

A long-running saga began earlier in the season when Formula 1’s governing body, the FIA, reaffirmed a rule about body piercings and homologated underwear, much to the driver’s disdain.

Hamilton mocked the ruling by attending a press conference draped in necklaces, rings and watches, and he was joined by Sebastian Vettel who hilariously walked around the pit lane with a pair of boxers over his race suit.

However, the issue stopped being a laughing matter when seven-time champion Hamilton was threatened with a race ban if he didn’t remove a nose stud, which he managed to do in time for the British Grand Prix.

The 37-year-old had been taking the piercing out before sessions, but left it in at Singapore, only to be summoned to the stewards.

Explaining the situation after bagging his first top-three qualifying result of the season, Hamilton said: “I’m not trying to make a statement, no.

“Basically I’ve had my jewellery and my nose stud for years and obviously we had that whole commotion at the beginning of the year.

“At the time it was like soldered in, so it didn’t come loose. They gave me – at the time for many races – an exemption so I could find a solution.

“Then I went to get it taken out and tried to find a solution, putting it in and out. It got infected because of that and I was just continuing on with this infection. I got a blood blister and had quite a sore on my nose.

“Then I went back – this is all stuff I told them before qualifying – I went back and had to have the blood blister fixed, because there was puss and blood.

“I put this back in and in the last two weeks it’s started to heal and they’ve asked that I keep it in. It’s crazy that we’re having to talk about something so small. I take everything else out. At this point, I don’t really care to be honest.”

The FIA have confirmed that deputy medical delegate, Dr Ian Roberts, reviewed and concurred with Hamilton’s medical records, but the team had failed to declare it.

Documentation from the governing body says that teams are subjected to ‘self-scrutineering’ when it comes to jewellery, and after telling the FIA Hamilton was piercing-free, they were then given a fine.

An update read: “The Team Manager explained that the team was unaware that HAM [Hamilton] had a piercing.

“In recent events HAM had removed the piercing prior to the competition.

“The team assumed, without enquiring of HAM, that he had followed or would follow the same procedure for this event.

“The Stewards accept that the error in the declaration in this case was not intentional or deliberate but it would not have occurred had the team made an enquiry of HAM before completing and submitting the declaration.