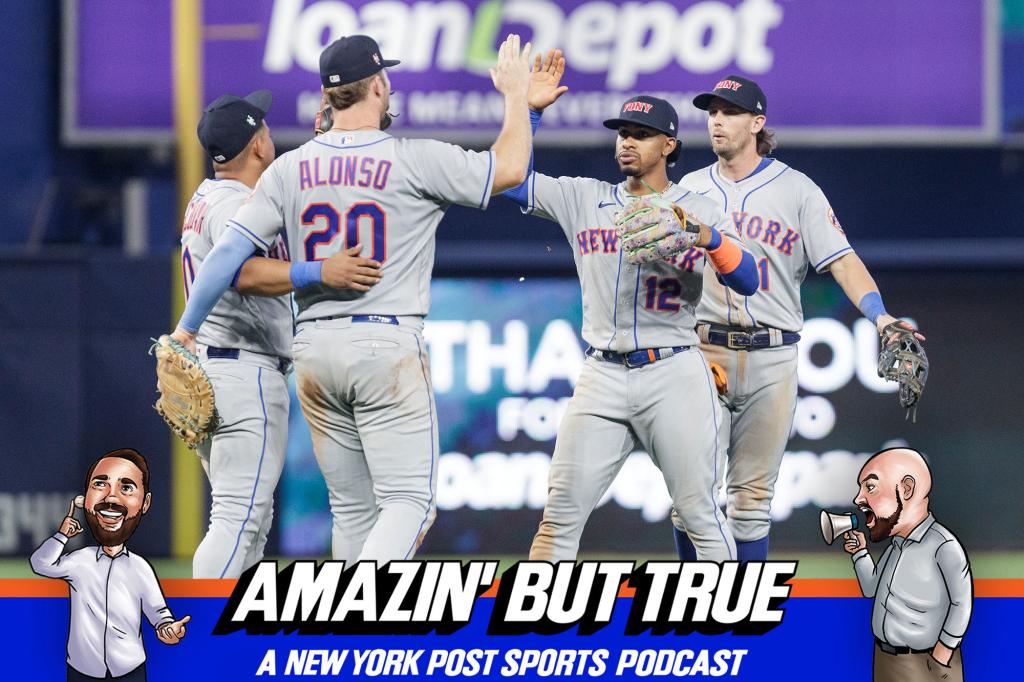 The 2022 Mets are built to win a World Series title.

With reinforcements already here and more on the way, this Mets team has what it takes to win it all. Some fans panicked over a few losses to bad teams. This team has battled adversity as well as anyone in baseball. They just needed the Braves to show they can lose here and there to calm people down. That finally happened over the weekend.

The Mets grand total of about 18 hours in second place evaporated quickly.

To discuss the Mets series win in Miami, taking first place back, players coming back this week and everything going on in Mets land, we bring you a new episode of the “Amazin’ But True” podcast with Nelson Figueroa and me.

Catch up on all episodes of “Amazin’ But True,” a New York Mets podcast, by subscribing to the podcast on Apple Podcasts, Spotify or wherever you get your podcasts. Follow Jake Brown on Twitter and Instagram @JakeBrownRadio and Nelson Figueroa @FiggieNY. Follow the podcast on Twitter @AmazinButTrue.