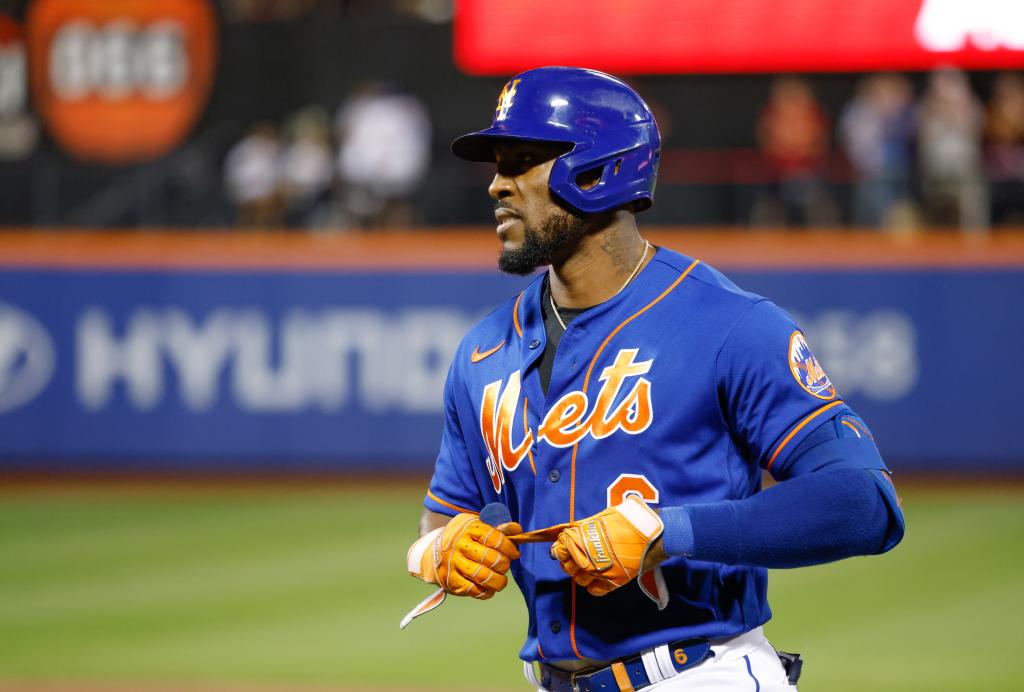 MIAMI — Starling Marte’s ability to play through pain will ultimately determine how long he is absent from the Mets’ active roster.

The veteran outfielder was placed on the injured list Saturday with a partial non-displaced fracture of his right middle finger, and manager Buck Showalter was quick to wave a caution flag in providing a timeline for his return.

Marte’s 10-day IL stint is backdated to Wednesday — a day after he was drilled in the hand by a pitch in Pittsburgh — but Showalter said it’s too early to say if the outfielder will return on that schedule.

“There is always that hope, but I just caution everybody: he has got a broken finger and it hurts,” Showalter said before the Mets faced the Marlins. “Some of the swelling went down today, but he could not do any baseball activity, so I wouldn’t say it’s a given that after the seven-plus days that he’s going to be a player.”

Francisco Lindor sustained a fractured middle finger earlier this season when his hand got caught in sliding doors in his hotel suite and Jeff McNeil, more recently, needed stitches in his right thumb. Both players barely missed playing time.

“[Marte] is going to have to play with some discomfort if and when he does, very much like Lindor had to and Mac had to,” Showalter said. “He has got a different break there than Francisco did. The great news is it’s not a displacement, which allows for the possibility of playing before it completely heals.”

Luis Guillorme could rejoin the Mets in time for their return home on Monday. The infielder is scheduled to play a rehab game for Triple-A Syracuse and Sunday. He then will be evaluated for possible activation from the injured list, according to Showalter. Guillorme has been rehabbing from a left groin strain for close to a month.

Drew Smith fired a scoreless inning for Double-A Binghamton in his first rehab outing since he was placed on the IL in late July with a lat strain. The right-hander allowed one hit and struck out two batters.