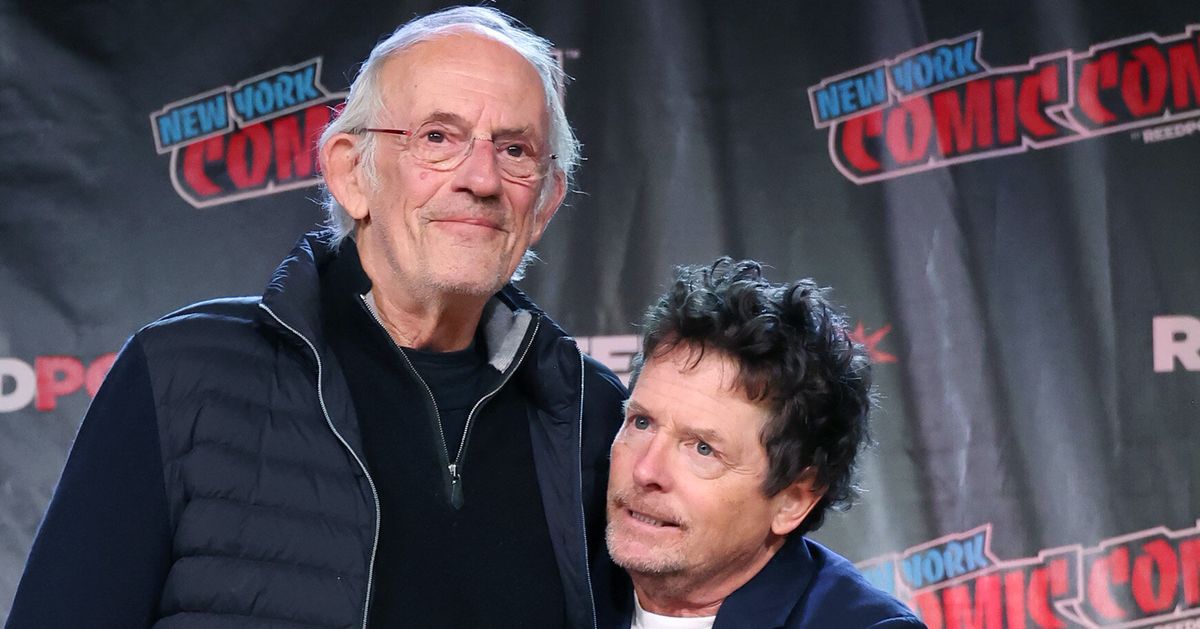 Videos of the actors embracing on stage at the “Back to the Future Reunion” event have been seen millions of times on social media. One clip alone has garnered almost 10 million views on Twitter.

Fox played Marty McFly and Lloyd was Doc Brown in the hit trilogy, with Lloyd telling the Comic Con audience that he’d hardly heard about Fox when he was drafted to replace Eric Stoltz in the lead role.

But “there was immediate chemistry, as they say,” he recalled.

Fox, meanwhile, revealed how his mother remained critical of his decision to appear in the film, fearing he’d be too tired because he was continuing to record the sitcom “Family Ties” at the same time.

He also repeated his iconic line, “You built a time machine out of a Delorean?” for the delighted audience and paid tribute to Lloyd, calling him “brilliantly entertaining” and the “king of exposition” before thanking him for his support since Fox’s Parkinson’s diagnosis in the early ’90s.

“Parkinson’s is the gift that keeps on taking, but it’s a gift, and I wouldn’t change it for anything,” said Fox. “People like Chris have been there a lot for me, and so many of you have. It’s not about what I have, it’s about what I’ve been given — the voice to get this done, and help people out.”