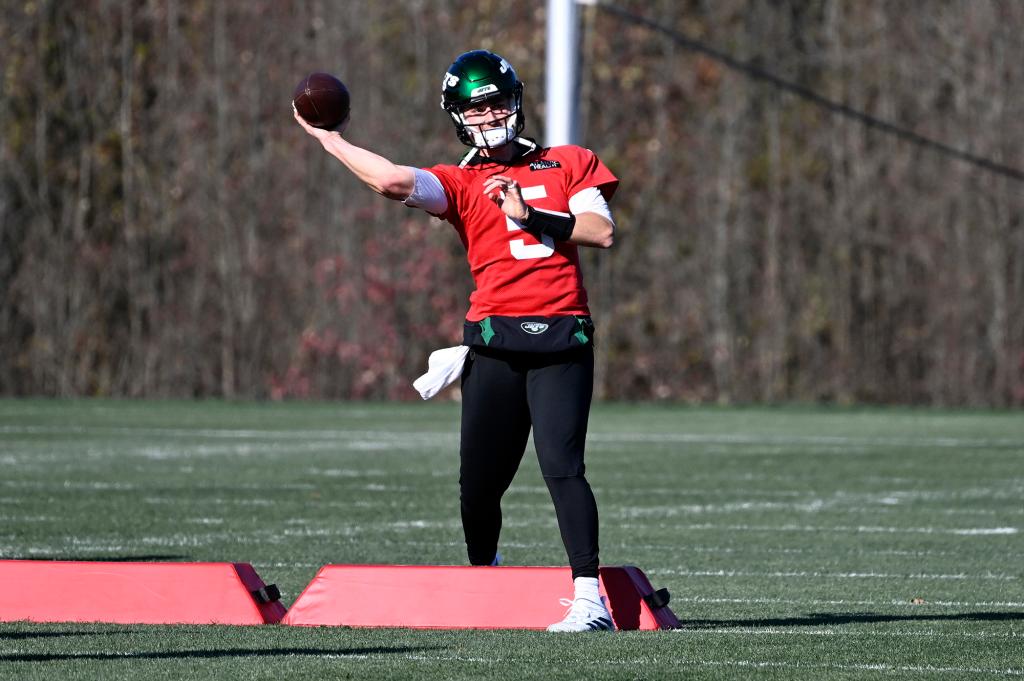 Mike White’s roller-coaster career is about to reach its highest peak yet.

Will the screams that follow be cheers or boos?

Only five weeks after he last was the Jets’ third-string quarterback, White will start Sunday against the Bears because of the surprising decision to bench Zach Wilson. It’s a moment that was not guaranteed to White, who went 1-2 as a starter last season, but still found himself behind Joe Flacco as Wilson’s top backup until last month.

“I didn’t know when or how or why, whether it was this year [or] two years down the road, it was going to happen,” White said of getting another chance to start. “I’ve learned from countless older guys: The moment you’re not ready is when it passes you by and you’re out.”

It seems impossible for White’s season debut to go as well as his first NFL start, when he set first-timer records for most completions (37) and highest completion percentage (82.2) while throwing for 405 yards and three touchdowns on Oct. 31, 2021 in an upset of the Bengals. The Jets are hoping White, 27, can avoid replicating the last of his four career games — a four-interception stinker against the Bills last season.

“He’s won games with us, he does a great job in practice,” head coach Robert Saleh said. “He’s extremely competent as a quarterback, and he’s got the ability to make all the throws on the football field, and run the offense in the manner that we need to. I said weeks ago that he’s going to be next to get an opportunity — and that opportunity is now.”

White said Saleh called him with the news Tuesday, a day before it was announced to the rest of the team during a meeting. With Saleh already talking about going back to Wilson at some point this season, White, a five-times-released former fifth-round draft pick, will have to stack winning performances to keep the job.

“Initially, just excited,” White said. “What every player in this locker room wants is a chance to compete and prove themselves, but more importantly it’s just a chance to be a good teammate.”

The circumstances of White’s ascension are different this time around. He has not been thrust into the huddle because of an injury, and he will not be playing with nothing to lose. He is being asked to help jump-start an offense that managed 103 total yards last week in a 10-3 loss to the Patriots that pushed the Jets (6-4) just outside the playoff picture.

“The role of a backup quarterback … you have to capitalize on those opportunities and that’s how you elongate your career,” White said. “When you look back on it, it’s been a crazy up-and-down ride, but I’m thankful for everything because I think it’s helped shape me into the player I am now.”

Jets fans reliving that Bengals upset in their minds have chanted White’s name during tough times at MetLife Stadium.

“Everybody is familiar with his play style,” linebacker C.J. Mosley said. “He likes to get the ball in action, he likes to throw the ball downfield. Really, it’s all about him getting the ball to the playmakers and being consistent.”