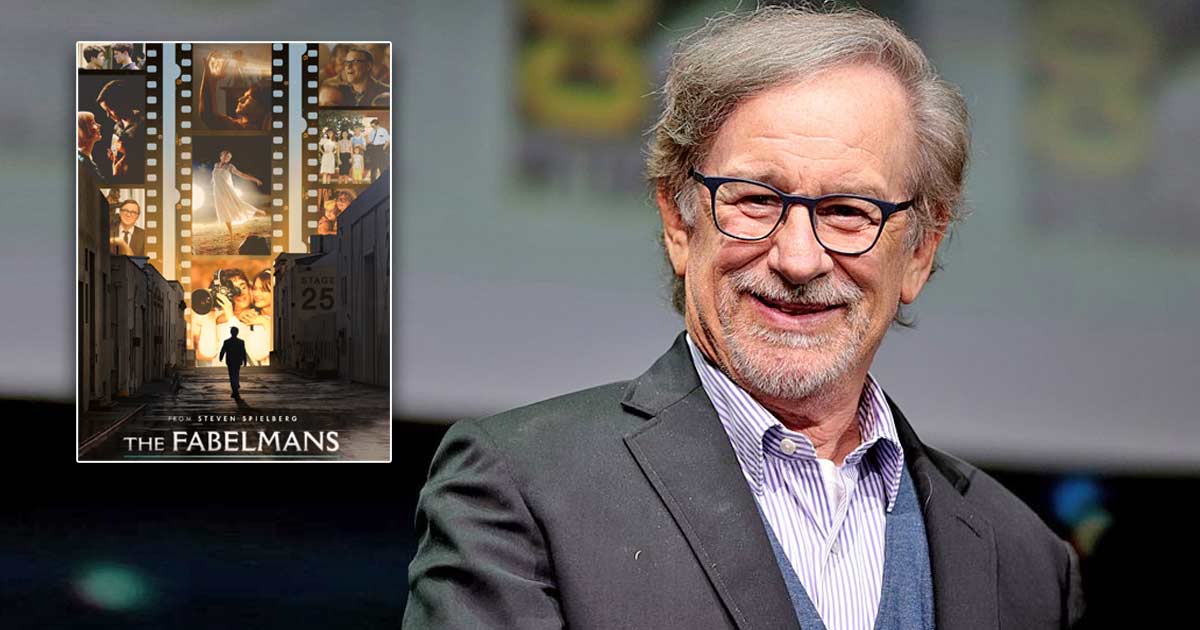 Filmmaker Steven Spielberg has said that mining his family history to make ‘The Fabelmans’ was a “very daunting experience” that was at times “very, very hard to get through”.

The semi-autobiographical movie, which is already being tipped as an Oscar contender, tells the story of Sam Fabelman, a young boy who falls in love with cinema, but finds himself fighting family turmoil to keep his dream alive.

In a so-called press conference on Sunday, that was effectively a Q&A with TIFF CEO Cameron Bailey, the ‘Jaws’ director said he thought making the movie “would be a lot easier than it turned out to be because I know the material and I’ve known the characters for my entire life”.

“And yet I found this for me a very daunting experience because I was attempting in a semi-autobiographical way to recreate huge recollections not only in my life but in the lives of my three sisters, my mother and father who are no longer with us,” said Spielberg.

“The responsibility of that began to build.”

Steven Spielberg explained that his co-writer Tony Kushner, the Pulitzer Prize-winning playwright of “Angels in America”, was his “therapeutic counselor in getting this out of me”.

“As we started working on this, I realized there was no aesthetic distance between me and this experience; I wasn’t able to put a camera the way Sammy is able to put a camera between himself and the horrible, realistic things that are happening to him,” said Steven Spielberg.

“And I’ve always been able to put a camera between myself and reality to protect myself and I couldn’t do it telling this story. As the cast knows, it was emotionally a very difficult experience. Not all of it. But some of it was very, very hard to get through.”

Kushner added that he “didn’t feel like it was therapy”.

“I don’t think (Spielberg) does keep the camera between himself and real life in any of his movies,” Kushner added.

“What makes him as great as he is, and his movies as great as they are, is that there is an emotional depth and power in everything he does. They’re not giant, soulless entertainment contraptions. Even the most wildly popular of his movies have wild moments of pathos and depth and complexity.”

Later, discussing the 8mm recreations of his old home movies in the film, Spielberg said he “worked really, really hard” to ensure they were “better than what I shot as a kid”.

“The angles were better. I was pre-staging a little bit of ‘Saving Private Ryan’ so I had the camera low to the ground,” continued Spielberg.

“It was joyful being able to recreate those films,” he added.

“I shot a lot of films when I was a kid on 8mm. It was unique in those days. Not a lot of people were going out and shooting in 8mm. It was physical; it was a craft. You had to sit there with a splicer, and then you had to scrape the emulsion off the film in order to get a seal so when you put glue on it, you literally glued the film together. And I must say, I miss it.

“I was the last person to cut on film in Hollywood I miss the evolution,” said Steven Spielberg.

“The digital age is fine, we all work within it and benefit from it a” but I miss the smell of the celluloid and cutting yourself on theasplicer. All those little craft moments we all grew up with.”

Michelle Williams, who was at the Saturday evening premiere, was not in attendance, Bailey explained, as she’s nine months pregnant and opted not to take part.

Must Read: Gal Gadot’s Wonder Woman To Appear In Avengers? This DC x Marvel Crossover Is Something She Hopes For Too!