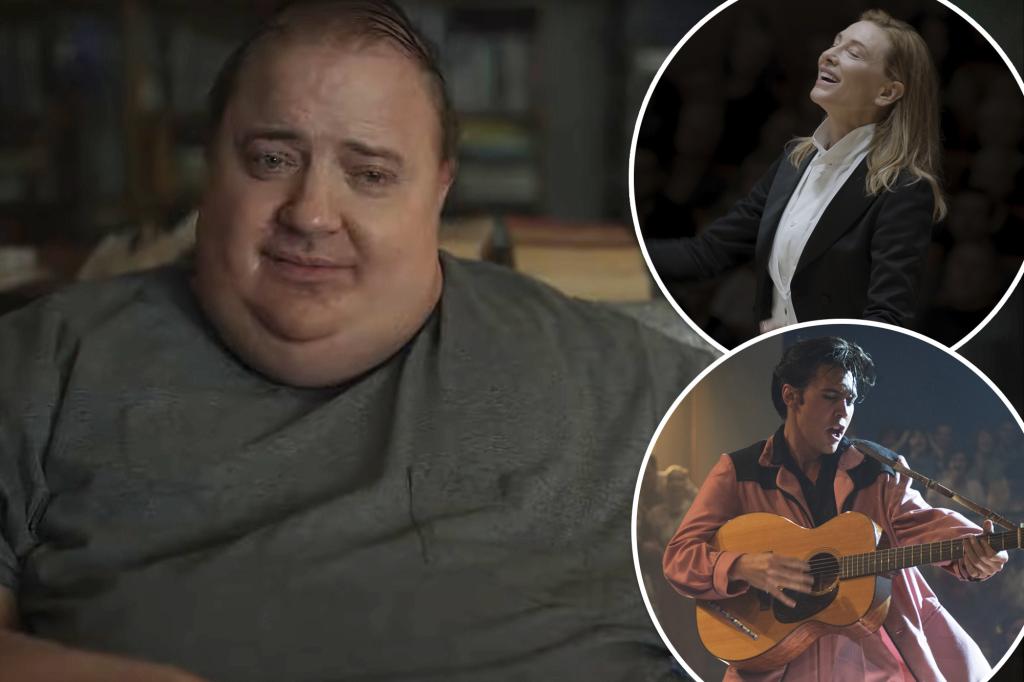 The Golden Globe Awards, like it or not, are back.

In 2021, celebs denounced the organization behind the trophies — the kooky Hollywood Foreign Press Association — after it was revealed that the ethically questionable group did not count a single black member among its ranks. NBC decided not to air the broadcast, and the 2022 ceremony — in a pretty pathetic move — was live-tweeted. Tom Cruise self-righteously returned his three trophies.

Well, guess whose name wasn’t on the list of the 2023 Golden Globe nominations announced on Monday? Hint: It rhymes with bruise.

While Cruise’s movie, “Top Gun: Maverick,” managed an expected best drama motion picture nod, its A-list star and producer didn’t make the cut for best actor in a drama movie. Instead, the talented Jeremy Pope from “The Inspection,” who few favored, snagged the last slot.

Even though the HFPA has gone on and on the past several months about how it has diversifed its voters, you couldn’t really tell from their nominees.

Best Smacktor Will Smith, who was gaining momentum for his performance in “Emancipation,” despite slapping Chris Rock at the Oscars in March, was left off for his slavery drama, and so his comeback season is over.

The newly expanded HFPA completely ignored two other black films: The acclaimed “Till” about Mamie Till-Mobley, the mother of the lynched 14-year-old Emmett Till; and “I Wanna Dance With Somebody,” a Whitney Houston biopic that is just the sort of thing the Globes would’ve gone gaga for in the past.

The Globes won’t be controversy-free, no matter what. The favored best actor in a drama nominee, Brendan Fraser (“The Whale”), has said he definitely will not attend after he revealed a former HFPA president groped him at a 2003 luncheon. Really classy organization.

By and large, the HFPA pushed aside social movements for moneymakers.

“Elvis” ($286 million) was all shook up by nods for best picture — drama, best actor in a drama (Austin Butler) and best director (Baz Luhrmann, over Todd Field of “Tár”). “Everything Everywhere All At Once” ($103 million), which proved that the right arthouse movie can still make a buck, got Motion Picture – Comedy or Musical, Director (Daniel Kwan and Daniel Scheinert), Actress – Comedy or Musical (Michelle Yeoh), Supporting Actress (Jamie Lee Curtis) and Supporting Actor (Ke Huy Quan). And “Avatar: The Way of Water,” the long-awaited sequel that is expected to rake in $150 million this weekend, said “I see you” to Motion Picture – Drama and Director nominations.

For Motion Picture – Comedy or Musical, it’s a tight race between Martin McDonagh’s “The Banshees of Inisherin” and “Everything Everywhere All At Once.”