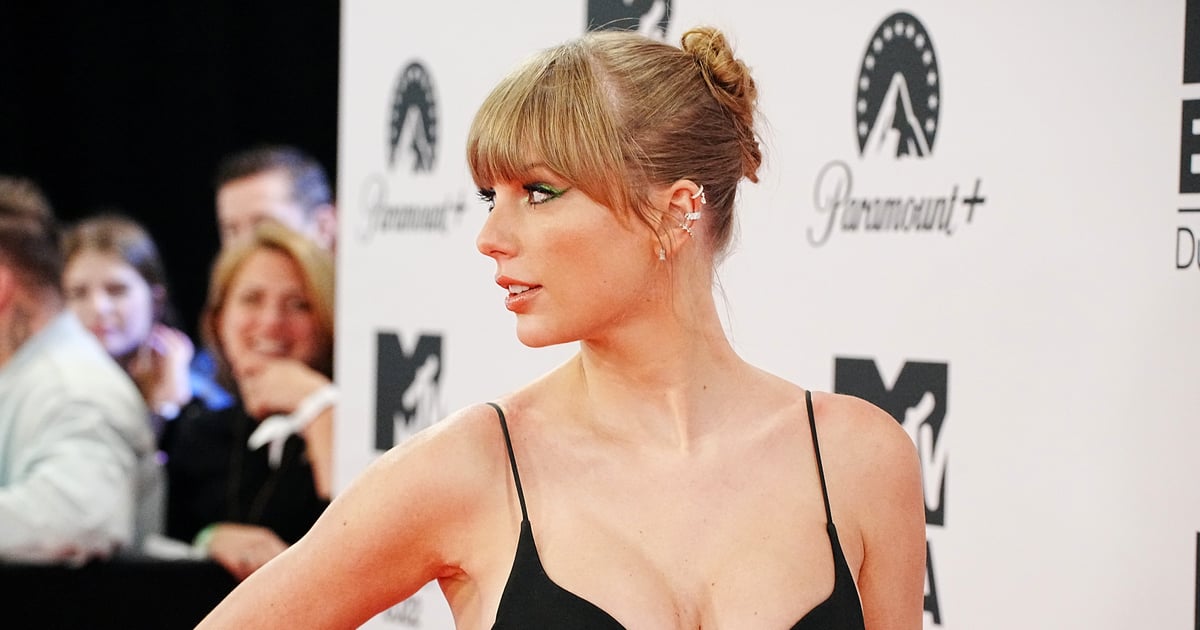 Celebrities were out in force for the MTV EMAs 2022 wearing an array of glamorous looks on the red carpet to kick off the annual awards show. Taylor Swift led the star-studded event as the “Midnights” singer stopped for selfies with adoring fans in a jewel-encrusted ensemble, setting the fashion tone for the evening. Wearing a black body with spaghetti straps, the David Koma dress included a netted skirt overlay with large embellished jewels over the top that glistened in the spotlights. With simple black heels, hair swept into an intricate bun leaving her heavyset fringe the focal point, and a brush of silver eyeliner, Swift brought the wow factor.

Taking place in Düsseldorf, Germany, this year’s event is presented by Rita Ora and Taika Waititi, the first couple to host the awards bash. Ora chose a naked lace Elie Saab jumpsuit that was totally backless, meaning her tattoos were on full display. With floating eyeliner and her hair in subtle waves, she looked super loved-up with Waititi on her arm. Although this look wasn’t Ora’s only outfit, having promised POPSUGAR some major fashion moments — and she did not disappoint. Throughout the show we saw feathered frocks, wig changes, leather corsets, and bandage catsuits, to name a few!

She was joined on the red carpet by Maya Jama, who opted for a black dress with transparent stripes and cape, Bebe Rexha in a structured blue velvet showstopper by Bad Binch Tongtong, and Lauren Spencer-Smith who chose top-to-toe Barbiecore. The evening was certainly one full of high energy and musical celebrations. Stormzy, Ava Max, and Lewis Capaldi all performed, but the focus was always on the winners. While Harry Styles lead the nominations with seven nods, he took home two and wasn’t the biggest winner of the evening. It was Swift’s night as she bagged four out of the six she was nominated for and she is certainly in the running for our best-dressed guest, too.

Read ahead to see every stylish red carpet look at the MTV EMAs 2022.