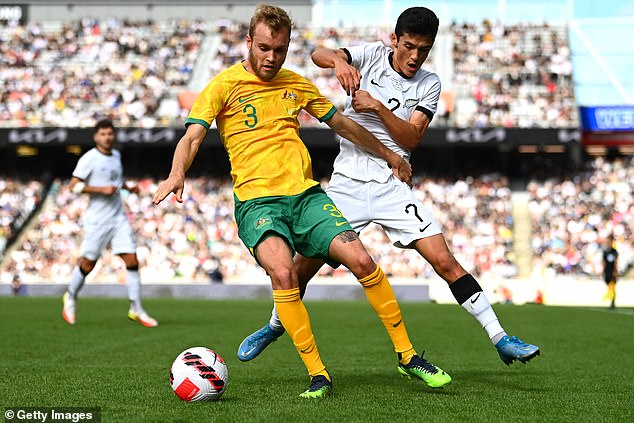 Socceroos defender Nathaniel Atkinson can’t make Australia’s team for the FIFA World Cup in Qatar in the backline, he might be given a shot up front after scoring a memorable equalizer for Hearts on the weekend.

The right-back’s stunning strike in the fourth minute of added time gave Hearts a 2-2 draw away to Kilmarnock in their Scottish Premiership clash.

A headed clearance came to Atkinson at the top of the D and he made sweet contact with his volley on the dropping ball, rifling it into the bottom right corner of the net.

Making the rare strike even more impressive, the Hearts defender booted the long-range missile off his non-preferred left boot.

It is the second goal he has scored for Hearts, but this left-footed volley to steal a vital championship point was easily the better of the two.

‘I don’t really get up the pitch that high to be honest,’ Atkinson joked.

‘But to be fair I’ve dreamt about it a couple of times, no right foot volleys but left foot volleys, I don’t know why – but it’s not just for standing on.’

Atkinson’s Hearts found themselves trailing 2-0 just before the hour mark but the 23-year-old believed the resilience his team showed to fight back was encouraging.

‘It’s disappointing to drop some points but it’s also a bit of a positive coming back so late in the game,’ Atkinson said.

‘It just shows the boys are willing to fight all the way.

‘I saw when the second goal went in for them everyone was disappointed, but you could tell everyone had a fire in their belly.

‘It was still early on in the game, and we had plenty of time to come back and we did that.’ 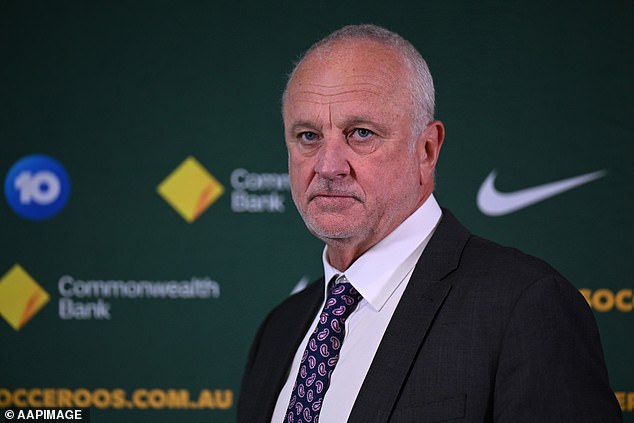 Atkinson was called into his first Socceroos squad earlier this year and has made a near irresistible case since then for inclusion in the final team for Qatar.

The fact the Socceroos kept New Zealand scoreless across both recent friendly matches wouldn’t have hurt either, with Atkinson spending quality time in the defensive line in both games.

Atkinson and Fran Karacic who plays for Brescia in Italy’s Serie B are competing for the right-back spot, with Sydney veteran Rhyan Grant also a contender.