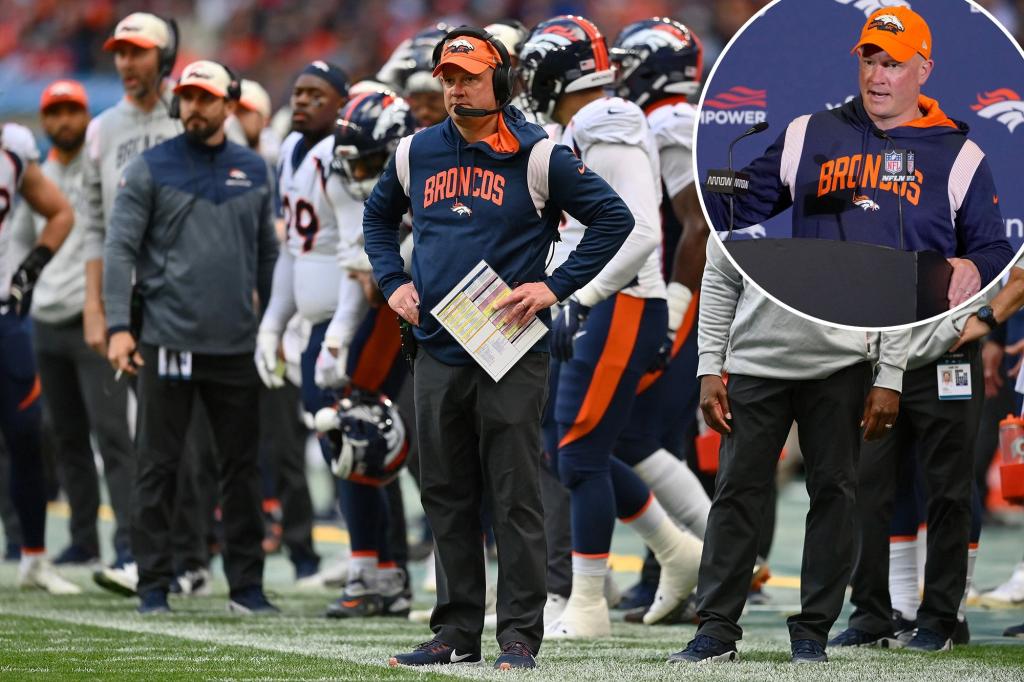 What’s going on in Denver?

The Broncos have five players listed as questionable for Sunday’s game against the Titans, three of which are listed with illnesses. What kind of illness?

“It’s just an illness,” Hackett told reporters when asked if the illnesses are flu-related.

When asked if they are COVID related, he was again evasive.

When he was asked whether or not the three players with illnesses — linebacker Nik Bonitto, wide receiver Kendall Hinton and cornerback Darius Phillips — are being isolated, Hackett started to sound more like Bill Belichick.

Last season, the Broncos were hit hard by COVID in Week 17, with 14 players, including eight starters, put on the reserve/COVID-19 list for their final game of the regular season.

Whether or not the three aforementioned players this week have COVID is unclear. The last player in the NFL to officially be listed with it Seahawks running back Rashaad Penny at the end of August.

Worse yet for the struggling Broncos (3-5), they are without receiver K.J. Hamler (hamstring) and linebacker Baron Browning (hip) as well as fullback/tight end Andrew Beck (hamstring).

Meanwhile, Tennessee, at 5-3 and in first place in the AFC South, has its own injury concerns with five players officially out and three more questionable, including quarterback Ryan Tannehill (ankle), though he did practice all week.