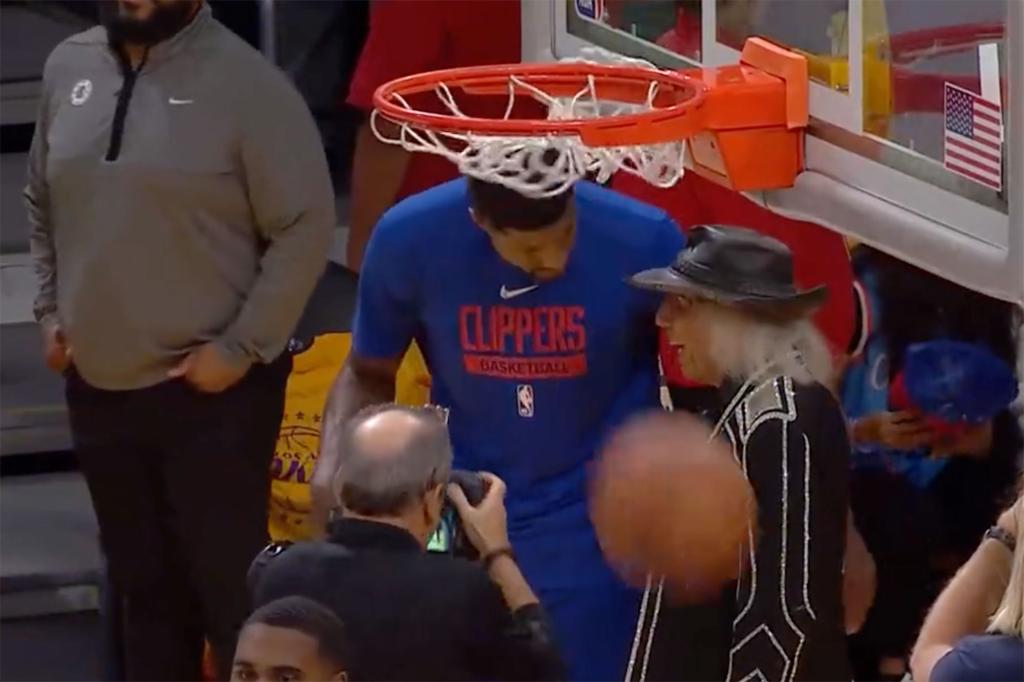 Millionaire NBA superfan Jimmy Goldstein, who has season tickets to both the Clippers and Lakers, didn’t have to choose between seeing either team on Thursday in the Clippers season opener.

He did, however, pick basketball at Crypto.com Arena over a Lady Gaga performance — at his own house.

Goldstein was caught on camera explaining his decisions to Clippers star Paul George.

“I’m very excited about the Clippers this year,” he said on video shared on the TNT broadcast. “Right now Lady Gaga is performing at my house for a party and I gave that up to see you guys kick the Lakers’ asses.”

It turned out to be the right decision for Goldstein, a Milwaukee native who has sat courtside at thousands of NBA games. While the origins of his reported $350 million fortune are somewhat vague, he’s become one of the league’s most visible fans over the years.

The move paid off for Goldstein, who saw the Clippers net their first win of the season and the Lakers take their second loss of the campaign. George led the way for the Clippers with 15 points and Kawhi Leonard came off the bench with 14 points. Six Clippers scored in double figures Thursday, including three bench players.

For the Lakers, Lonnie Walker IV scored 26 points with Anthony Davis and Lebron James adding 20 and 25-point performances. However, no other Laker scored more than 8 points.

It’s the second straight season the Lakers have started 0-2 and they’ll have a chance to get their first win of the season at home against the Portland Trailblazers on Sunday.