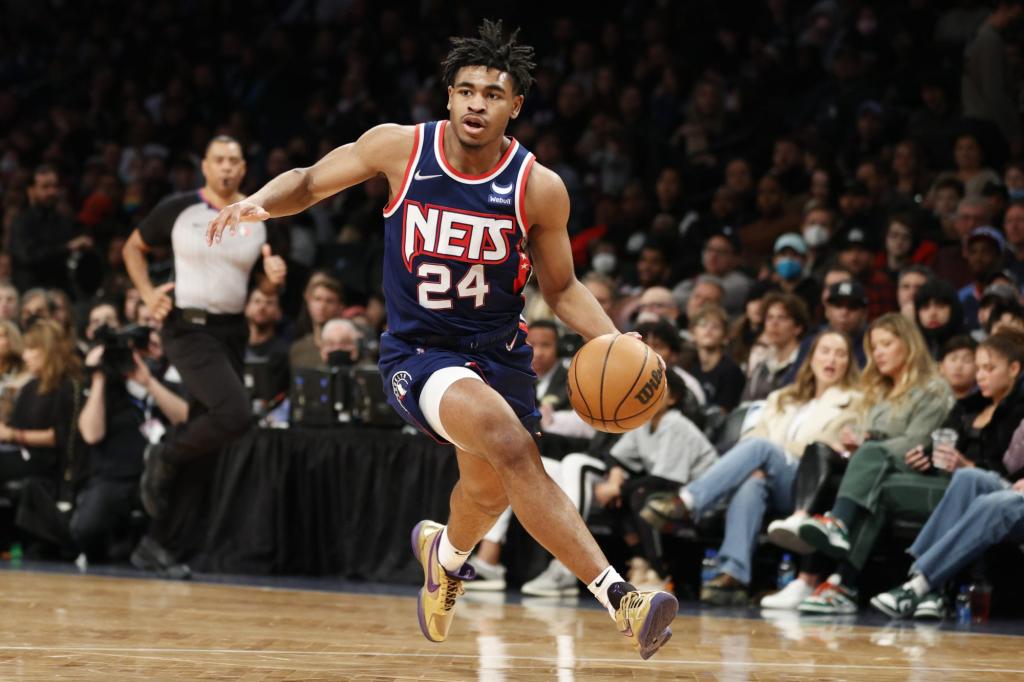 Cam Thomas spoke in short sentences and gave little elaboration. But the 2021 first-round pick let it be known how he felt about his lack of playing time.

“Of course,” Thomas replied, when asked by The Post whether it was frustrating, before he again did not play in the Nets’ 129-125 overtime loss to the Mavericks on Thursday night at Barclays Center.

Thomas averaged 17.6 minutes per game last season, carving out a role in a Nets rotation that was hit hard by injuries. As a rookie, he averaged 8.5 points and 2.4 rebounds per game, shooting 43.3 percent from the field.

This season, by comparison, Thomas sat out three of the first four games. Though he played 12:42 on opening night against the Pelicans, he came off the bench to play just 58 seconds Wednesday at Milwaukee.

Not only has Joe Harris, following his return from ankle surgery, supplanted Thomas in the rotation, but so have Royce O’Neale, Edmond Sumner and Patty Mills.

Kyrie Irving and Ben Simmons have the starting spots locked down there and Seth Curry presumably will be in line for minutes when he returns from an ankle injury.

That has left Thomas on the outs with questions about his role.

“Ain’t had no conversations [with coach Steve Nash],” Thomas said. “Just not playing at the moment.”

Thomas said there have been no messages from Nash or the coaching staff, and he had no idea that was coming following training camp.

The one time Thomas has played real minutes this season, he shot 1-for-4 from the field with an assist against the Pelicans.

Harris missed the game Thursday on the second end of a back-to-back, raising the possibility of minutes for Thomas, but he once again did not play.

Nash said Morris and Harris, who played on Wednesday in Milwaukee, are likely to play against the Pacers on Saturday.

“Right now it’s managing the surgery,” Nash said. “It’s really just trying to preserve him here early in the season where we don’t expose him to back-to-backs. He’s coming off a serious ankle surgery.”

Nash added that Curry is “getting closer” and will be evaluated on Friday.