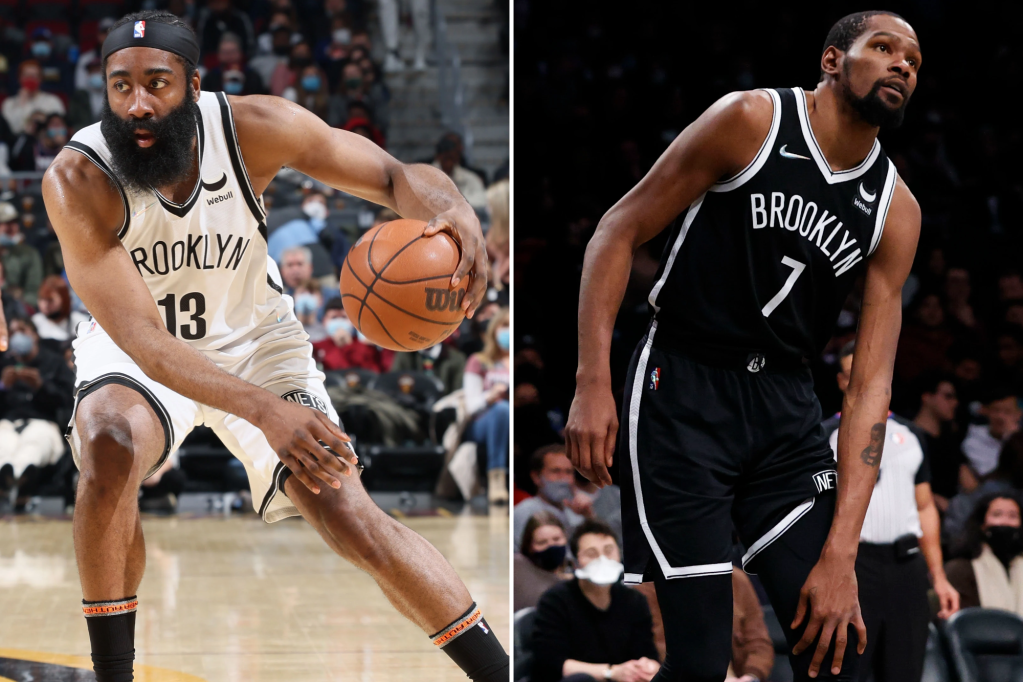 But James Harden appears to have come through Monday’s knock just fine and is set to play in Wednesday’s game at Washington. Meanwhile, multiple specialists who spoke with The Post reiterated that Kevin Durant avoided a worst-case scenario with his knee injury.

Dr. Justen Elbayer, orthopedic surgeon and sports medicine specialist at NYU Langone Health, told The Post a sprained left MCL should heal well without surgery and have Durant back on the floor well before playoff time.

“Regarding all of the ligaments to possibly injure in his knee, from what we’ve read regarding his injury, Mr. Durant’s isolated MCL sprain may actually be a best-case scenario,” Elbayer told The Post. “The MCL has a very rich blood supply and high propensity to heal, thus the majority of isolated MCL sprains can be treated well without any surgical intervention. In cases like this, this allows the athlete to have a shorter recovery.

“This is as opposed to an injury like an ACL tear, which has a very poor blood supply, and necessitates surgical intervention along with a prolonged rehabilitation, usually keeping the athlete out for 9 to 12 months. In rare instances, surgery may be needed for high-grade MCL sprains, but these are much less common and usually associated with other ligament injuries, such as an ACL tear.”

“In this case, it’s likely he’ll go through a rehab protocol to regain his motion and strength, all the while protecting his MCL to allow it to heal properly. In terms of a timeline back, it really depends on the grade of the injury. With lower-grade sprains, we’ve seen athletes come back to basketball in four to six weeks. This could be a bit longer with higher grade sprains. With around three months left in the season still to go, there’s a great chance he’ll be back to help the team.”

Harden took a knee to his left leg in Monday’s loss at Cleveland. He was forced out of the game but returned and played through it.

Though the Nets had said they’d have to wait to see if Harden had any swelling in the morning, the All-Star wasn’t listed on the injury report and is cleared to play.

DeAndre’ Bembry (back spasms) is questionable. But Durant, Nic Claxton (left hamstring tightness), Joe Harris (left ankle surgery) and Paul Millsap (personal reasons) are all out. Claxton had been questionable for Monday’s game.

Rookie Kessler Edwards is coming off consecutive double-figure scoring games for the first time in his career, and was 7-for-11 from deep vs. the Pelicans and Cavs. He also played solid defense when matched up with center Evan Mobley.