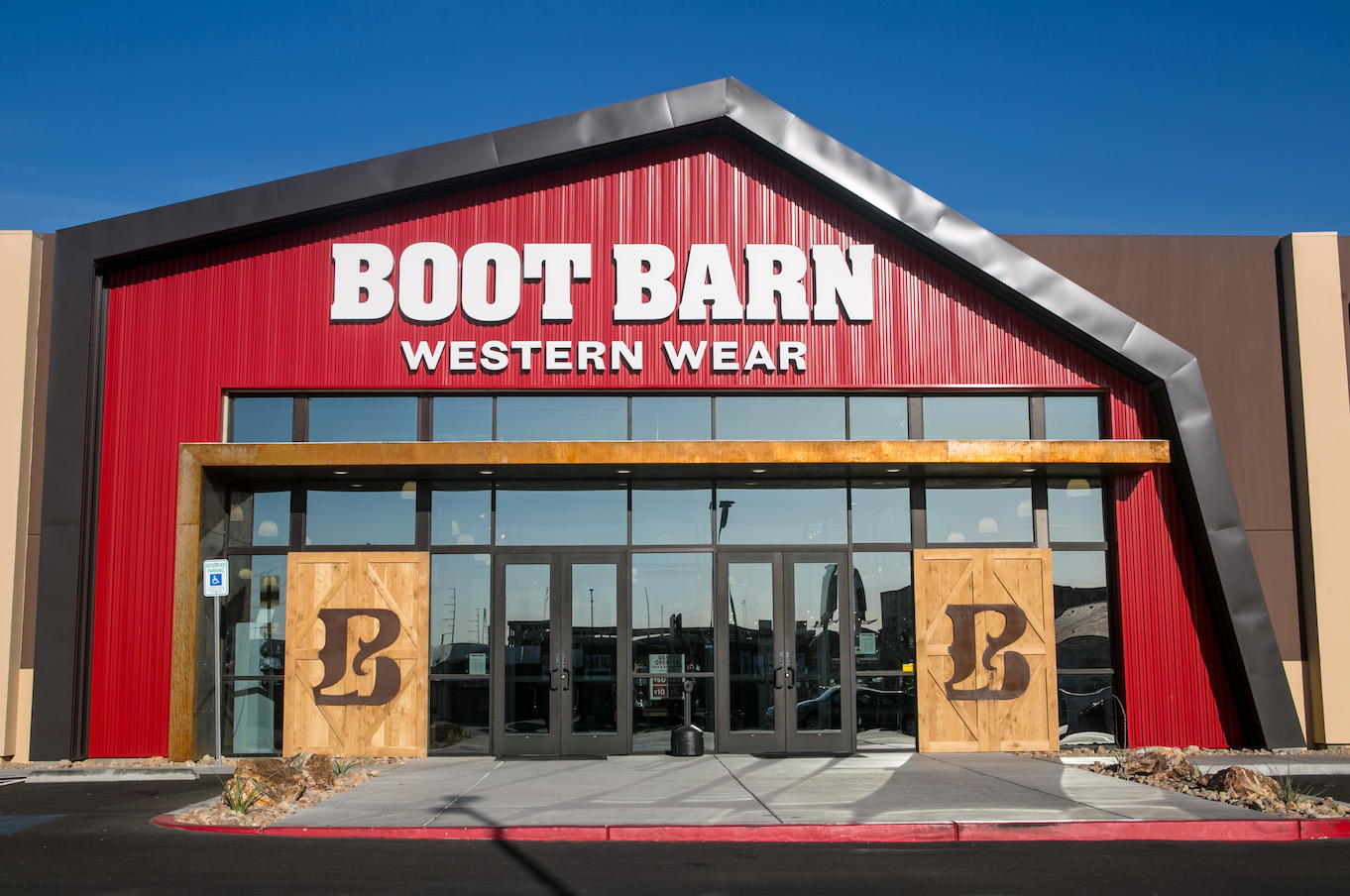 Boot Barn’s net sales increased 12.4 percent over the prior-year period to $351.5 million on net income of $32.1 million, or $1.06 per diluted share, as the Western lifestyle retailer continues to capitalize on its brick-and-mortar expansion.

The company also gave preliminary results for the first four weeks of the third quarter. Total net sales growth in the month was 7.9 percent, with same-store sales coming in at a 1.3 percent decline thanks largely to e-commerce sales falling 17.6 percent. Brick-and-mortar same-store sales ticked up 1.7 percent in the October weeks.

In a Nutshell: The second quarter saw brick-and-mortar same-store sales increase 3.9 percent, largely driven by a 4 percent increase in transaction size due to an 8 percent increase in average unit retail price. Average transactions per store were approximately flat versus last year, according to Jim Conroy, Boot Barn’s president and CEO.

Inventory increased 83 percent to $641 million, from $350.3 million in the year prior. This increase was primarily driven by additional inventory in the company’s distribution centers in order to support new store openings and the exclusive brand growth.

Average comp store inventory increased approximately 39 percent over the prior year in order to support the sustained increase in average unit sales volume.

“When evaluating our in-store inventory against our updated sales projection, we have approximately 23 weeks of forward supply, which is in line with our historical average,” said Jim Watkins, Boot Barn chief financial officer. “The final portion of the increase in total inventory can be attributed to new stores, both the 43 new stores opened over the past 12 months as well as the inventory needed to stock the pipeline of stores that will open over the next couple of quarters.”

The gross margin decline was driven by 160 basis points (1.6 percentage points) of deleverage in buying, occupancy and distribution center costs, partially offset by a 50-basis-point (0.5 percentage-point) increase in merchandise margin. The merchandise margin expansion was primarily a result of growth in exclusive brand penetration and better full-price selling.

Boot Barn now anticipates additional freight headwinds in the back half of the year, particularly in the third quarter as the company sells through the inventory burdened with peak freight charges. Third-quarter freight expense is expected to be a 200-basis-point (2 percentage point) headwind and fourth-quarter freight expense will be 90 basis points higher than in the prior year period.

“Fortunately, we are now regularly booking containers at spot rates 50 percent lower than recent peaks and have eliminated most off-site storage fees with the opening of our new distribution center in Kansas City, Mo.,” Watkins said. “Given these encouraging trends, we anticipate reverting back to normalized freight expense as we move into next fiscal year.”

For the third quarter, total sales of $502 million to $514 million are expected, representing growth of 3.3 percent to 5.8 percent over the prior year.

Boot Barn forecasts net income to range within $1.71 to $1.83 per diluted share, while gross margin is anticipated to be 36.8 percent of sales.

At its 140,000-square-foot Wichita facility, Boot Barn has started using packaging platforms that offer an automated inline fulfillment system that now moves up to 1,000 packages every hour.

“As this year’s holiday season approaches, we’re more confident than ever in our ability to meet and exceed our customers’ expectations to make this a successful quarter, and we’re excited about the future possibilities of this partnership,” director of fulfillment Joey Kinnevan said in a statement.

Boot Barn’s use of the Packsize system creates right-sized boxes that can fit each order to ship more than 4,000 shipments to customers daily. At the Wichita distribution center, employees scan and load SKUs into the system to ship products out in the right-sized boxes instead of packaging by hand, reducing the likelihood of damage and increasing packaging efficiency even for complex orders.

The increase in net sales was the result of the incremental sales from new stores opened over the past 12 months and the increase in consolidated same store sales, which saw an increase in average unit retail prices, driven in part by inflation.

Conroy said the retailer had “strong” results in its east and north regions, “solid” growth in its south region, and a decline in sales across the west region, which remains the company’s strongest market.

In May, the retailer increased its long-term store target from 500 to 900 locations—a plan Conroy says is working so far.

“We’ve opened up a few stores in Delaware, Pennsylvania and New Jersey. Now again, their budget was probably $1.8 million or $2 million per store, depending on the store, and they are running at $3.5 or more million each. So rather than pay back in three years, we’re paying back in, call it, 18 months,” Conroy said. “As we look forward, the downside risk of opening up a store is quite low. We have 321 stores and every single one of them is EBIT positive at the moment. So we’ll continue to open up stores. We’ll open the next 300 stores. They’ll do $3.5 million each.”