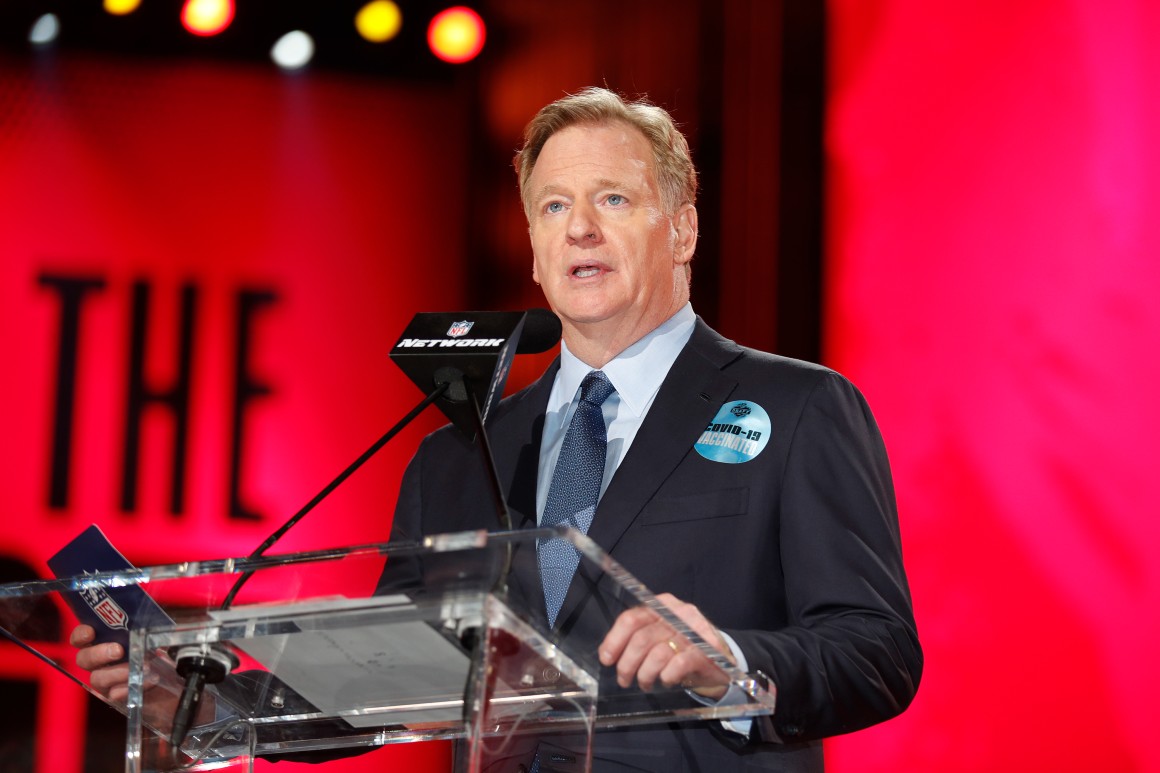 “While there is no question that health conditions have improved from last year, we cannot be complacent or simply assume that we will be able to play without interruption — either due to Covid outbreaks among our clubs or outbreaks that occur within the larger community,” the memo from Commissioner Roger Goodell reportedly states.

The burden of any financial fallout resulting from a game affected by a team Covid outbreak will also fall on that respective team, according to the memo.

The Biden administration repeatedly has said it is not requiring so-called vaccine passports or supporting nationwide vaccination mandates, instead preferring to leave private businesses and others to set their own rules.

Vaccinations are tapering off across much of the country, even as the highly contagious Delta variant has increased caseloads and fatalities — with unvaccinated people making up the majority of those hospitalized with Covid.

Several high-profile outbreaks hit during last year’s NFL season, which ended in the Tampa Bay Buccaneers winning the Super Bowl in February and visiting the White House earlier this week.

While no game was ultimately canceled, a number of contests had to be reshuffled — such as an October Tennessee Titans-Buffalo Bills game that became the league’s second Tuesday night match-up since 1946.

The league said it will not mandate vaccinations among players, coaches or NFL staff, but it is imposing additional restrictions on unvaccinated players compared with those who are inoculated. Those include undergoing additional surveillance testing, mandatory mask wearing and social distancing from others in team facilities, as well as longer quarantine periods in the case of a positive Covid-19 test or close contact with someone else who tests positive.

The NFL Players Association sent a brief memo of its own Thursday, stating that the “same basic rules applied last year.”

“The only difference this year is the NFL’s decision to impose additional penalties on clubs which are responsible for the outbreak and the availability of proven vaccines,” the memo states. “The protocols we jointly agreed to helped get us through a full season last year without missing game checks and are effective, when followed.”

But some players have bristled at these policies. Arizona Cardinals star DeAndre Hopkins said he is questioning his future following Thursday’s development.

“Never thought I would say this, But being put in a position to hurt my team because I don’t want to partake in the vaccine is making me question my future in the @NFL,” Hopkins wrote on Twitter but later deleted the tweet.

He then tweeted simply, “Freedom?”

Bills wide receiver Cole Beasley has been outspoken about his opposition to getting vaccinated, including threatening to retire from playing football if necessary to avoid taking a shot.

Canada’s vaccine passport won’t come until December, at the earliest