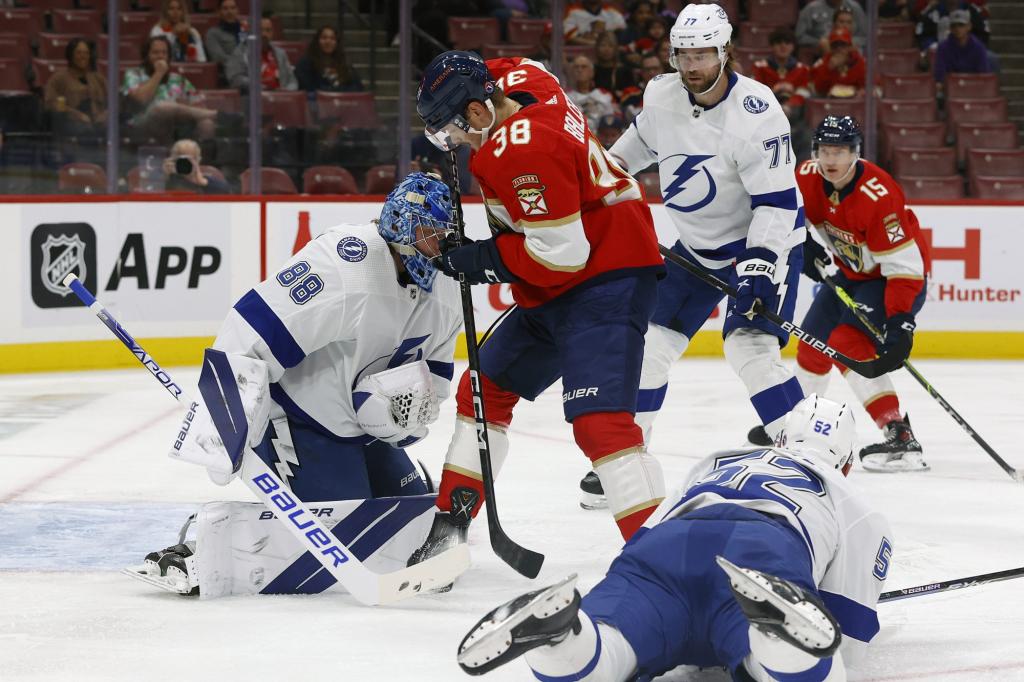 For the first time in five seasons, the New York Rangers will open an NHL season with high expectations. After getting to Game 6 of the Eastern Conference Final in the spring, the Blueshirts are a trendy pick to get to and maybe win the Stanley Cup in 2022-23.

The Rangers open the campaign as -115 home favorites over the Tampa Bay Lightning at Madison Square Garden on Tuesday night.

Let’s break it down:

Lightning vs. Rangers odds (via FanDuel)

It was well documented that the Rangers were quite dependent on goaltending and special teams to get results last season. The Blueshirts finished the season ranked 22nd in 5-on-5 scoring, 28th in expected goals for, 20th in high-danger chances created, 20th in expected goals against, and 24th in high-danger chances allowed. For most teams, those kinds of 5-on-5 metrics would doom them to the bottom of the table, but the Rangers ended up with the second-best goals-against average in the NHL thanks to Igor Shesterkin’s blood-and-thunder show in goal.

With Igor standing on his head, the power play clipping at above 25 percent, and several Rangers breaking out with career years, the Blueshirts were able to beat their predictive metrics and finish the season with the seventh-best record in the league.

It remains to be seen if the way the Rangers achieved success is repeatable. The Blueshirts were certainly on the right side of the luck ledger for most of the season, going 31-15-3 in games in which they were outshot, 14-8 in one-goal games, and 17-4-1 when they were tied after two periods, but there is an argument that those records had more to do with the talent on the roster than just luck.

Betting on the NHL?

There are some similarities between the Tampa Bay Lightning and New York Rangers. The obvious one is in the blue paint, where both teams can stake a legitimate claim to having the best goaltender in the world. But it doesn’t stop there. Like the Rangers, the Lightning have a dynamic top-six, an all-world No. 1 defenseman and terrific special teams. A lot of what the Rangers do well, the Lightning do just as well or even better.

Oddsmakers are having a tough time splitting these two teams on Tuesday night, but the Lightning should be the better team at 5-on-5 and are one of a few teams that can hang with the Rangers on special teams and in goal. It’s tight, but Tampa Bay seems to be the right side in this game.

That said, there’s a lot of variance and volatility in hockey, to begin with, and that chaos becomes even more exaggerated in the early part of the season before teams settle into a rhythm. Bettors can play into that mayhem by going for a better number on the reverse puck line.