By Nik Simon For The Mail On Sunday

French clubs are circling around George Ford after the No10 was left out of Eddie Jones’s England squad.

Ford is contracted with Leicester until the World Cup but he could activate a clause to leave early for an overseas club.

The fly-half could command a huge contract outside the Premiership, with Montpellier among the clubs interested, but it would mean sacrificing his ambitions of playing for his country. 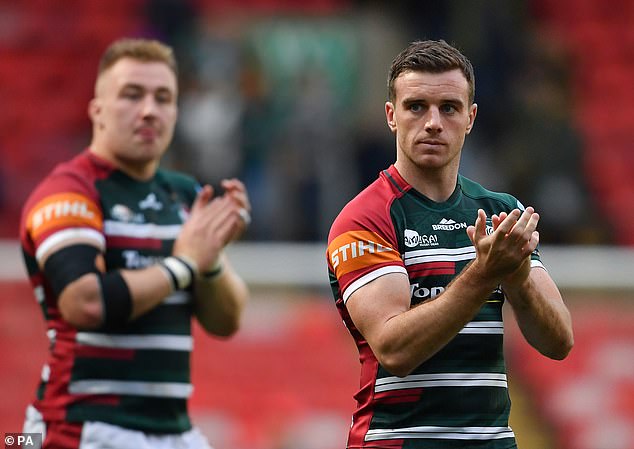 Jones has selected Marcus Smith for the autumn campaign, leaving Ford with some interesting options for the future, although he should still fancy his chances of a Test recall.

Montpellier director of rugby Philippe Saint-Andre said: ‘Handre Pollard’s contract finishes at the end of the season and we have not made any decisions yet, so we are looking at the market for fly-halves. We know George Ford could be available contractually. He is a good footballer and a good game manager with a lot of experience.

‘However, he could return for England and Leicester are top of the table, so we will see. There are also some French fly-halves in the market and we will look at all options.’

Harlequins team manager Graeme Bowerbank has made a shock departure from the club.

Bowerbank is one of the club’s longest-serving members of staff but the Premiership champions would not comment on the reasons behind his mysterious exit. Andy Sanger, the player development manager, is filling the role on a temporary basis.

Bowerbank has overseen team logistics for Quins, such as hotel bookings and Covid compliance, under the coaching reigns of Conor O’Shea, John Kingston, Paul Gustard, Billy Millard and Tabai Matson.

He joined the Stoop club in 2010 from the FA, where he worked as England teams operations manager under Roy Hodgson and Fabio Capello.

England’s players will not have to socially distance nor wear masks in camp during the Autumn Nations Series because the squad is above the 85 per cent vaccination target.

Covid measures will be more relaxed than the Six Nations campaign, with two windows when the players can return home during the series. Strict testing protocols will remain in place.

Steve Diamond’s holiday in Dubai has not been interrupted by an SOS to help out the Bath coaching team but the former Sale boss is ready to return to rugby.

Diamond left his role at Sale in January and has been working with American investors looking to enter the rugby market.

Asked if he is ready to get back to work, Diamond said: ‘F*****g right I am! I’ve been out for the right amount of time.’ 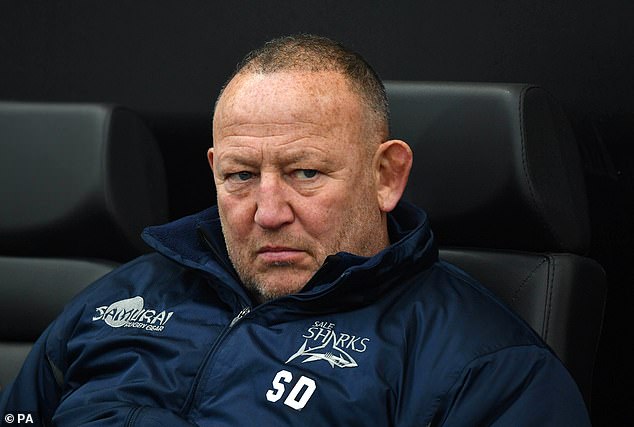 Jones said: ‘He seems like he’s in pretty good spirits. They’re always struggling with player availability and it’s always difficult to get organised.’

Frank Williams, Dominant Formula One Manager, Is Dead at 79

Father and Son Arrested on Suspicion of Starting the Caldor Fire

Reclusive heiress who ‘played a strong role’ in financing Jan. 6 rally is thrust…

Pfizer Says Its Booster Is Effective Against Omicron

Ed Sheeran goes head-to-head with himself in race for…

New Research Reveals How the Body Uses Fat To Fight…