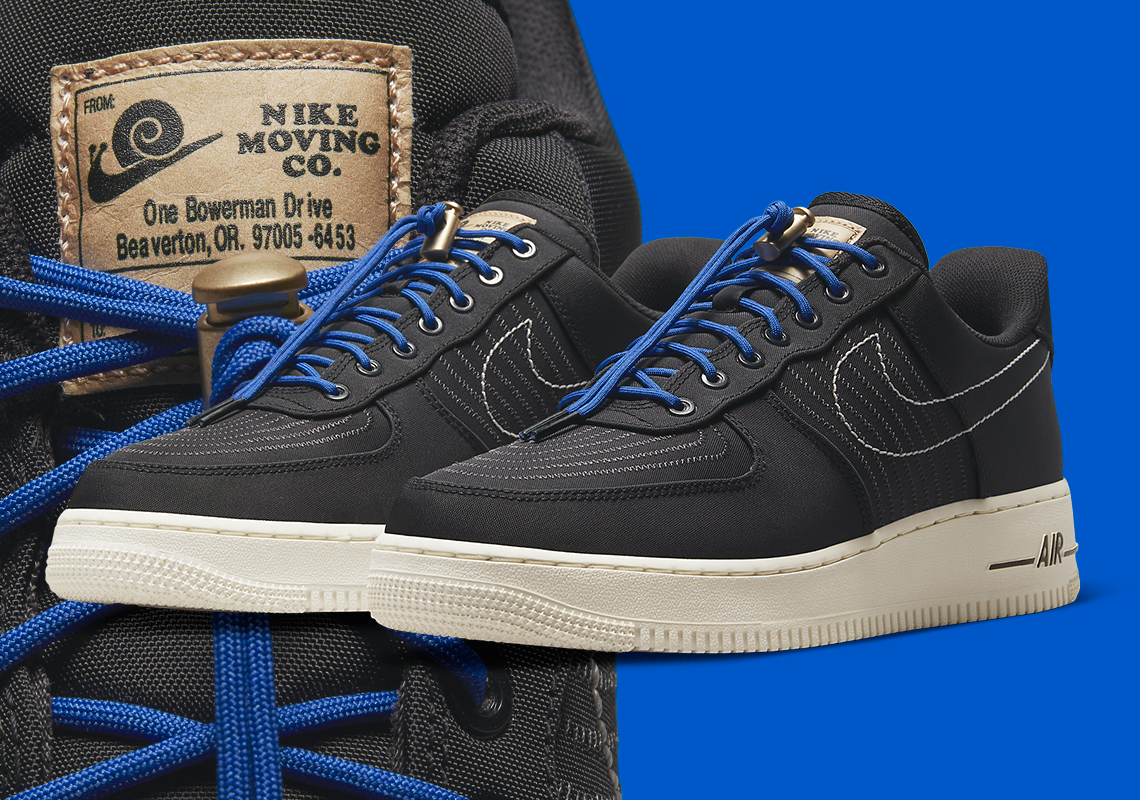 Over the past few days, Nike Sportswear’s most recently themed collection has surfaced by taking on the association of a moving company. Established via the Nike Air Force 1 High in a white-dominant tone, its low-top counterpart is following suit with a pitch-dark aesthetic in contrast.

Disparate from its typical all-leather build, a canvas construction fills the overlays and panels of the upper rendering a simple black hue that’s metallic ring eye stays, sock liner and tongue are additionally color-matched. Stitched on Swooshes proffer white threading for a slight forefoot proposition whereas its laces bear a “Royal Blue” shade alongside a golden toggle and black eyelets. Further harkening the moving ensemble, a clad cream midsole and tread fit with black heel lettering plays an accenting role adjacent to the cardboard tongue tag above.

Enjoy official images of the Air Force 1 Low “Moving Company” below while we sit tight on further release details as they’re made available.

For more under The Swooshes umbrella, the Nike Air Flight Lite Mid is revisiting the on-court nostalgia found in the 90s. 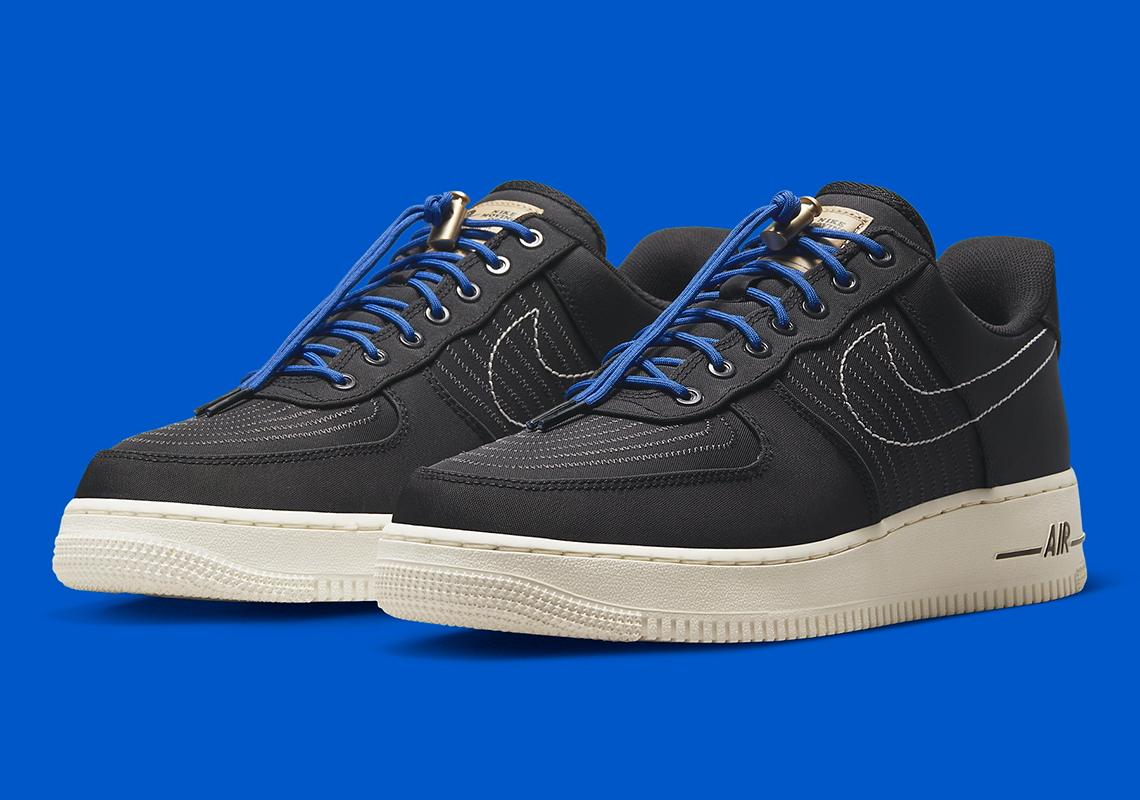 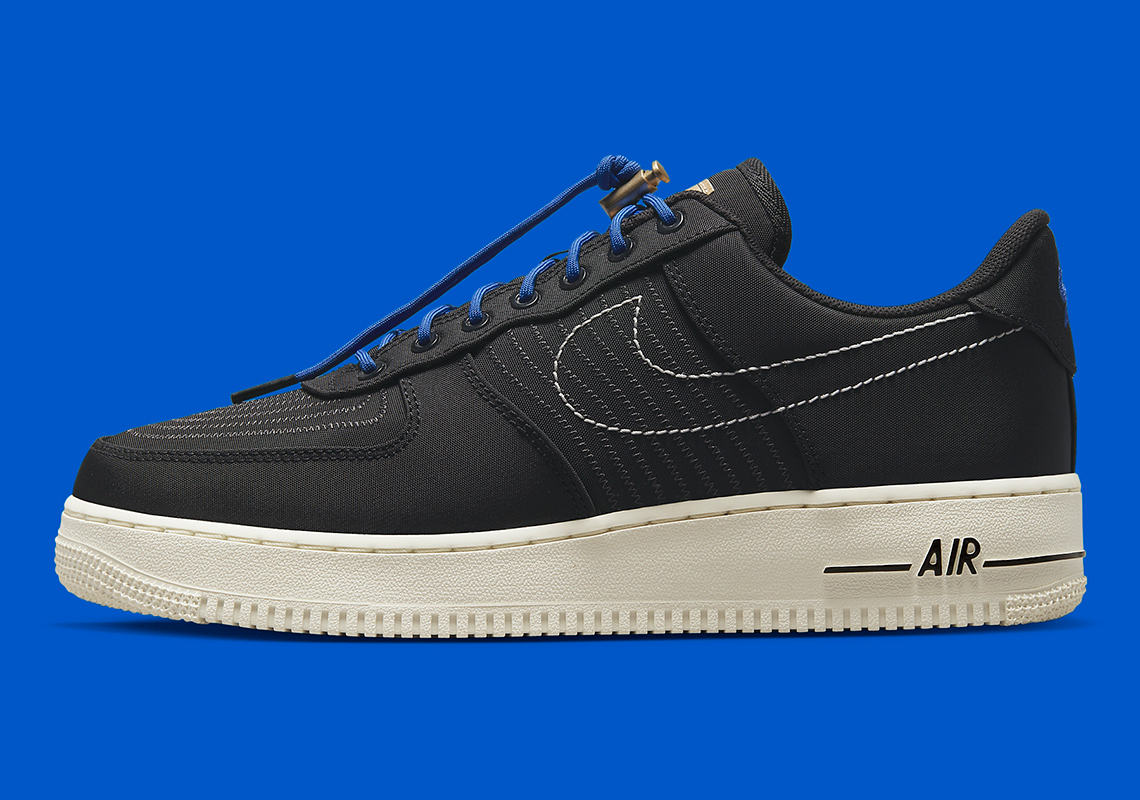 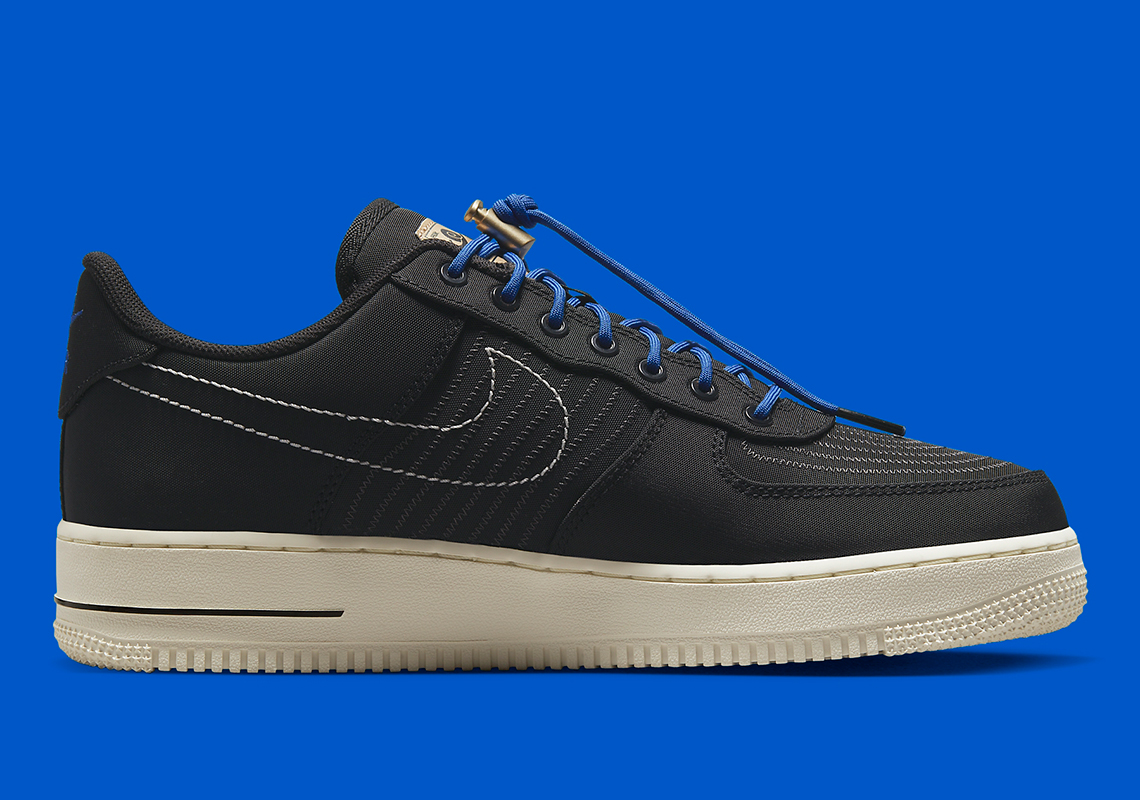 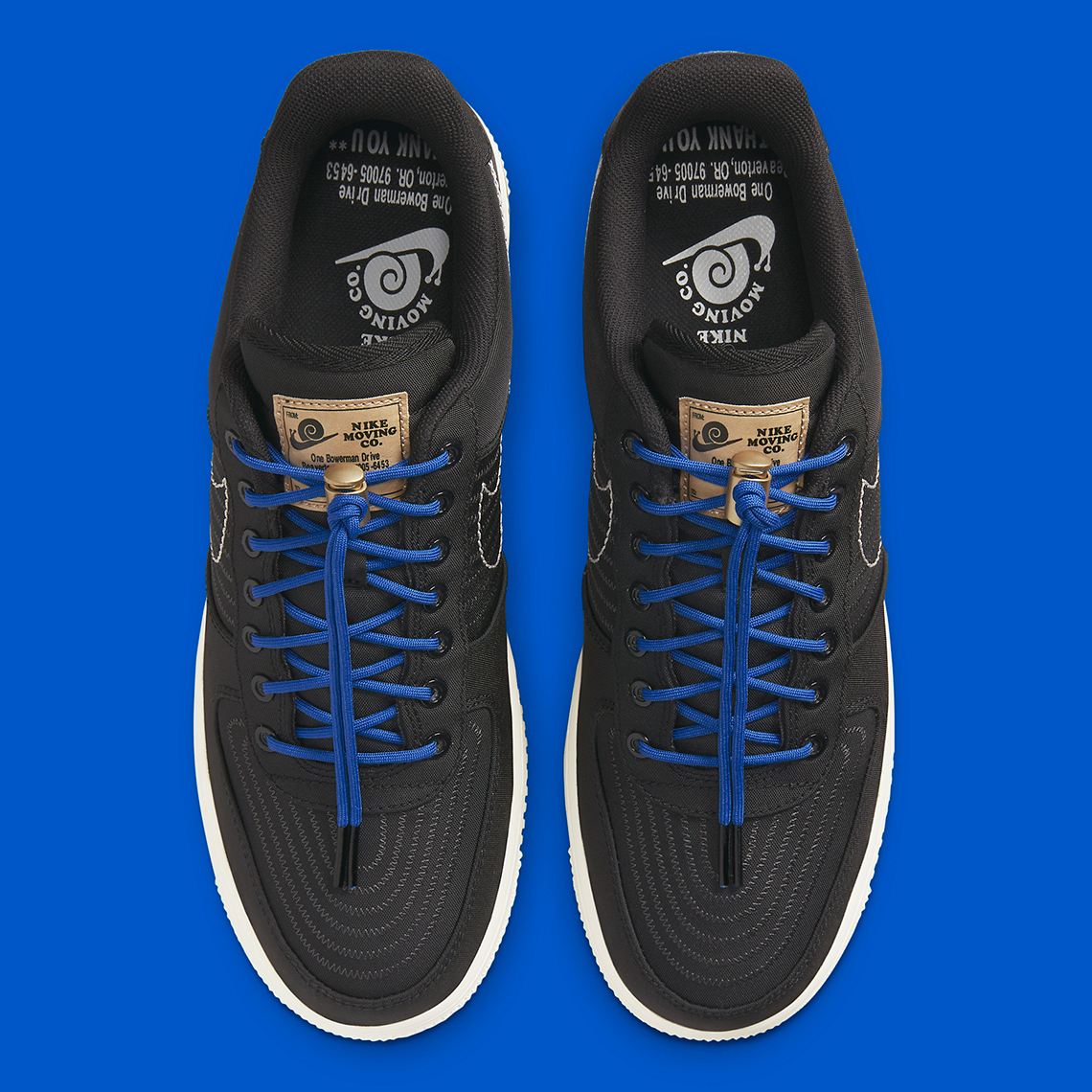 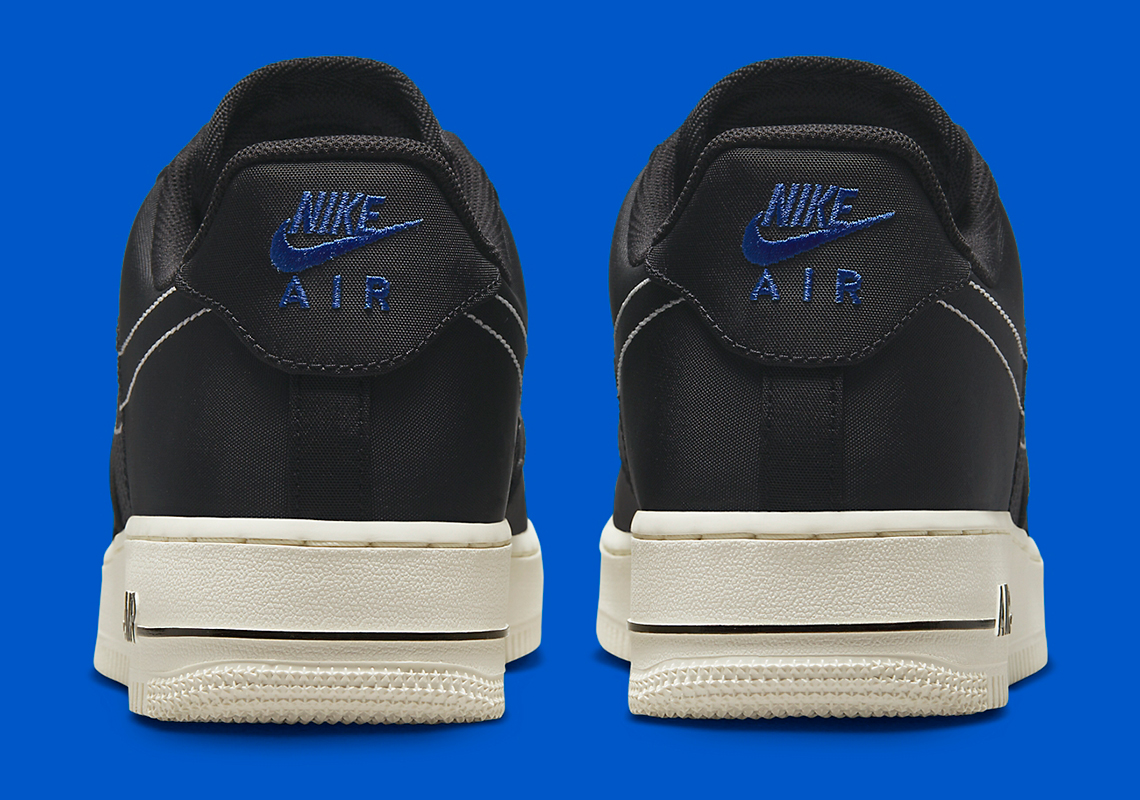 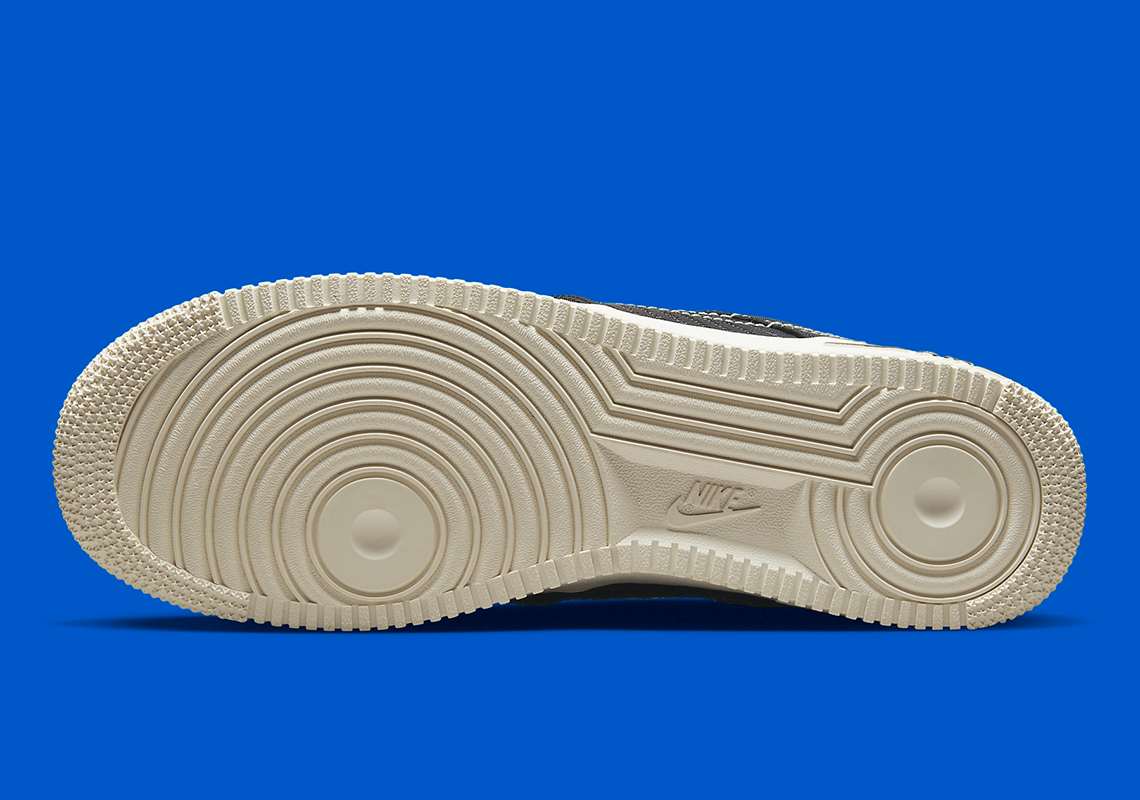 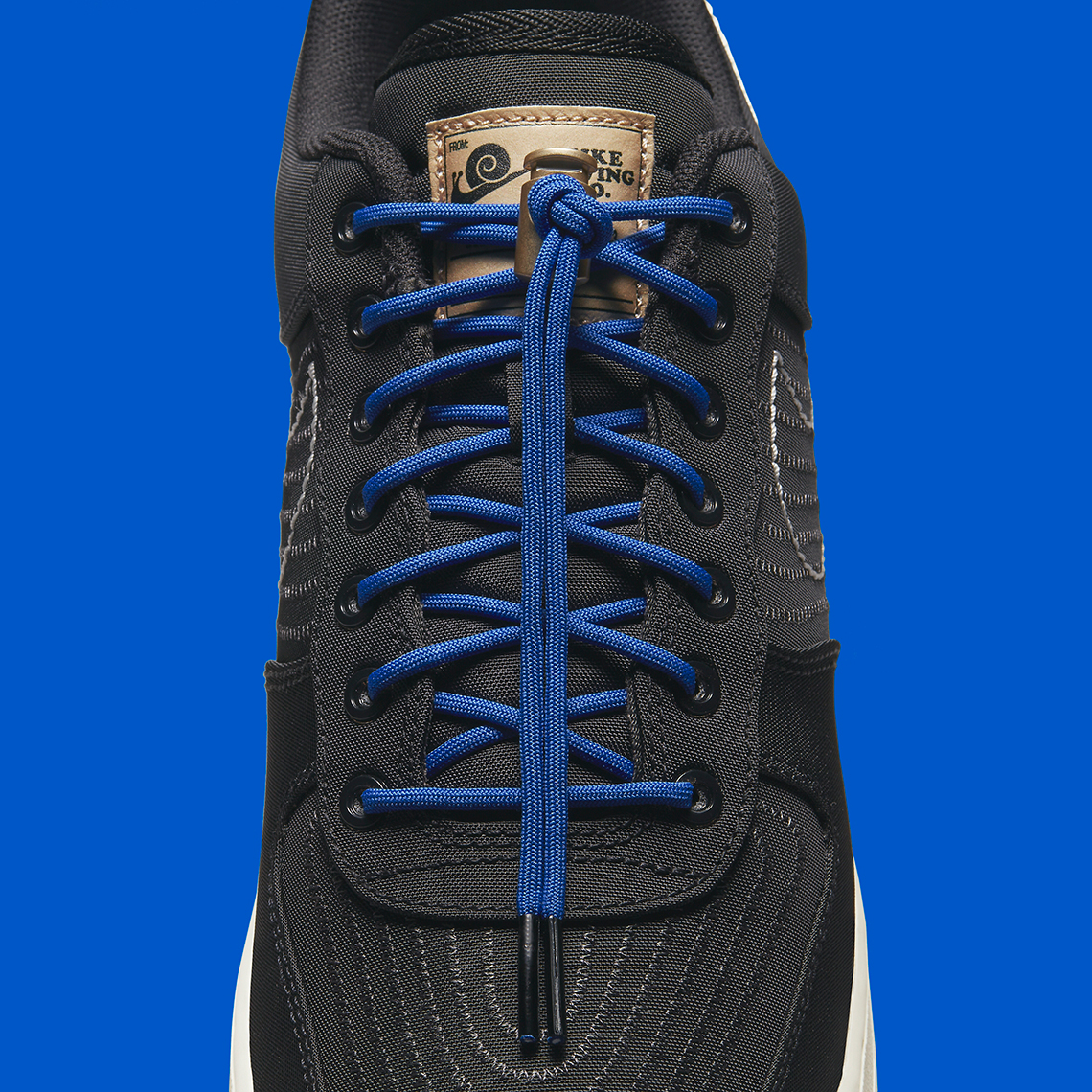 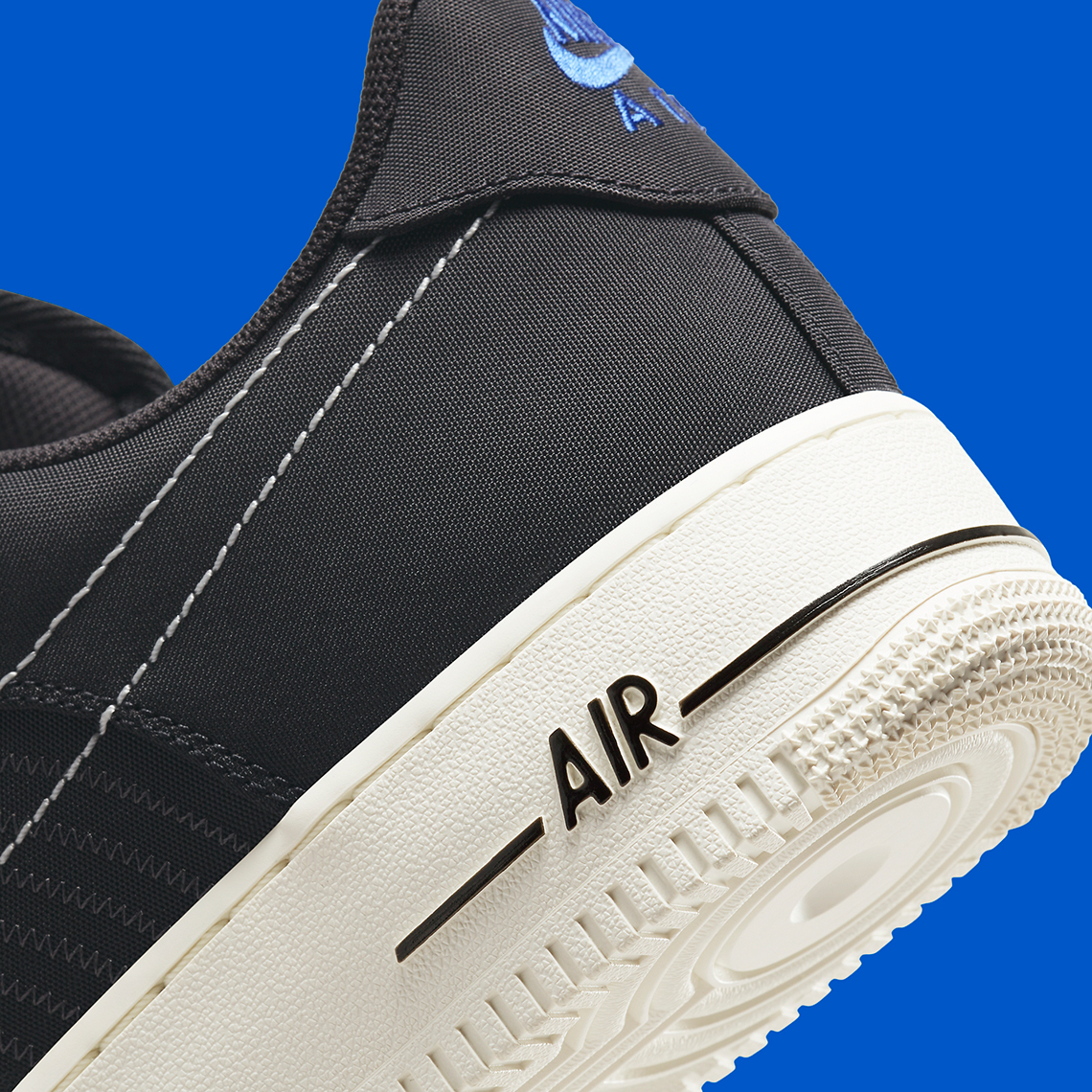 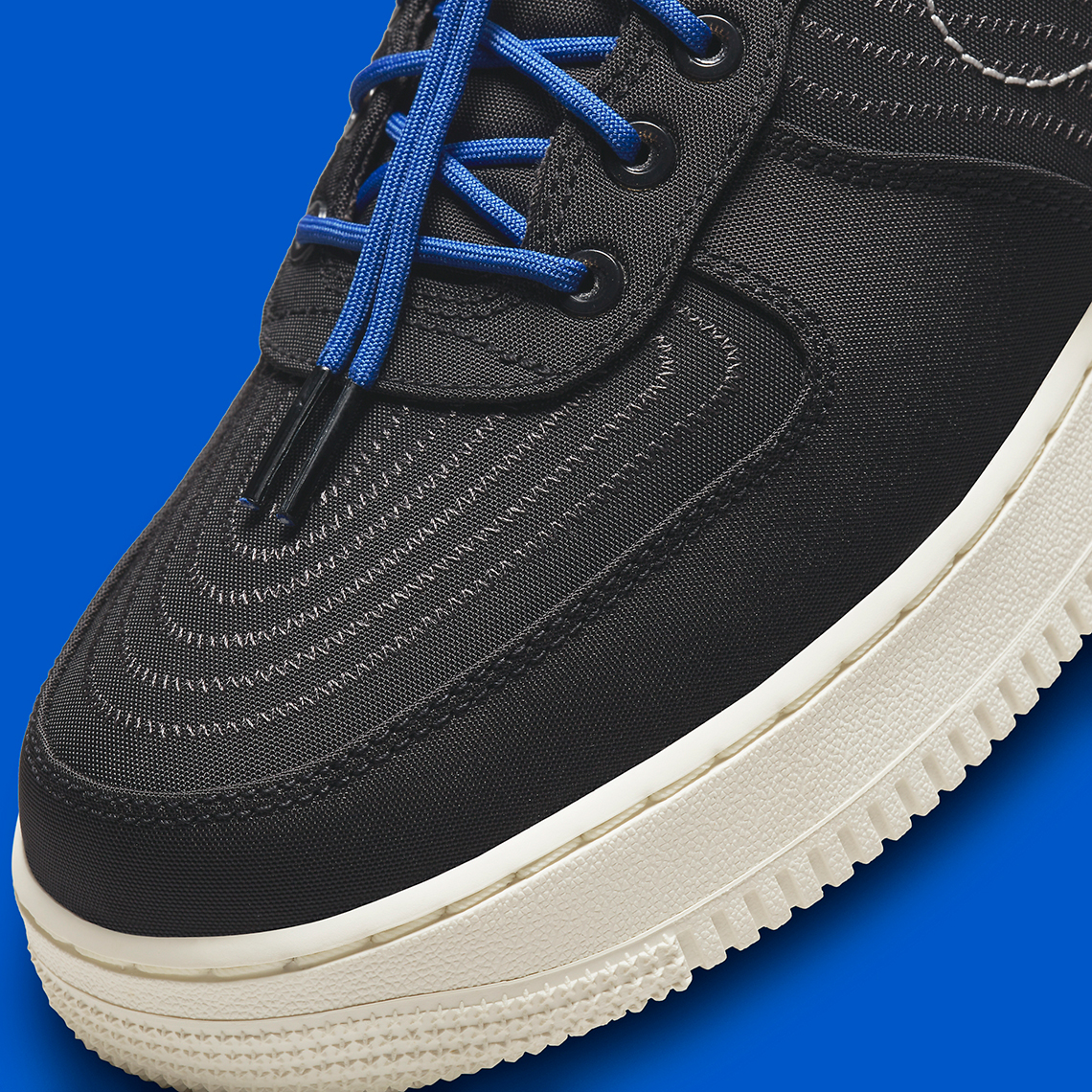 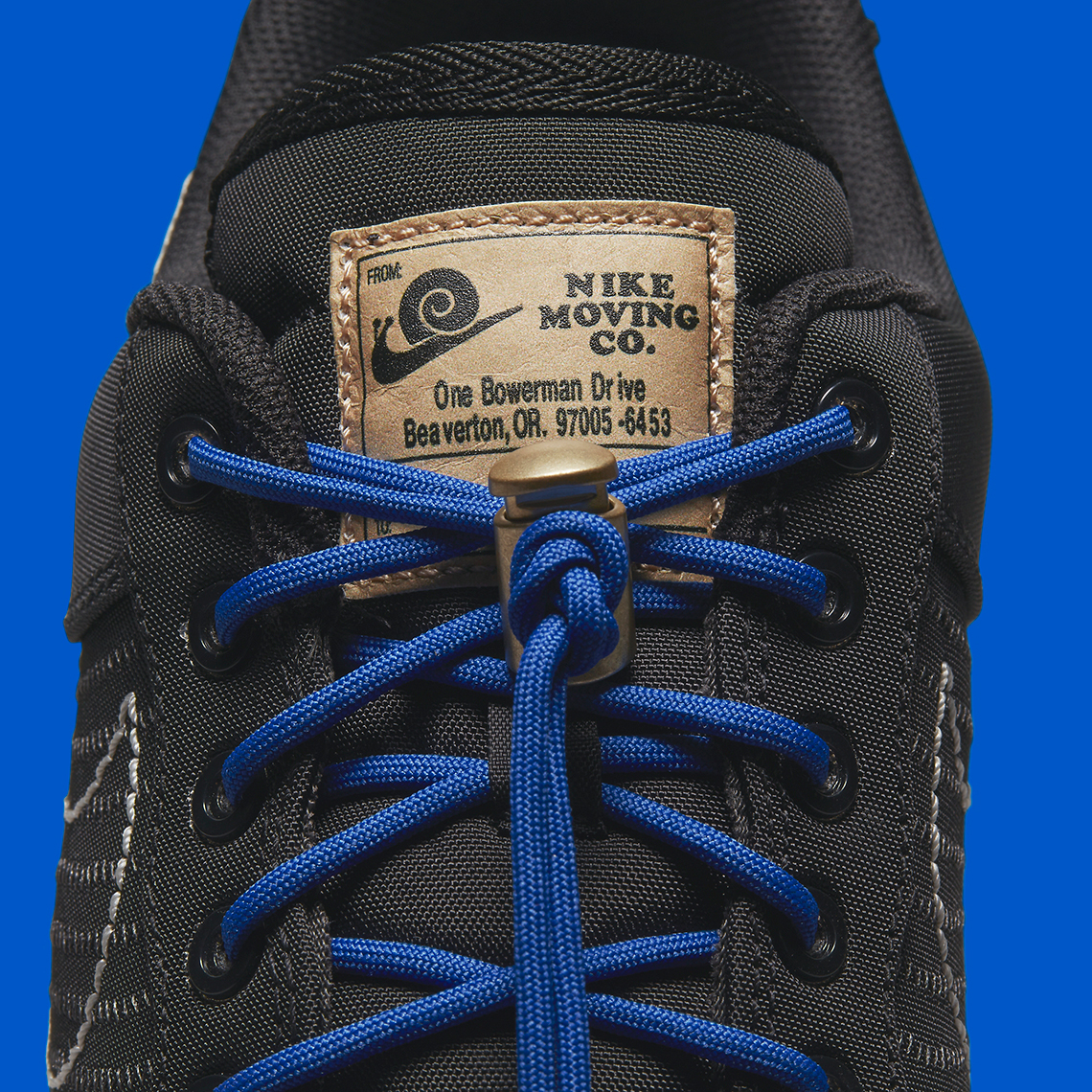