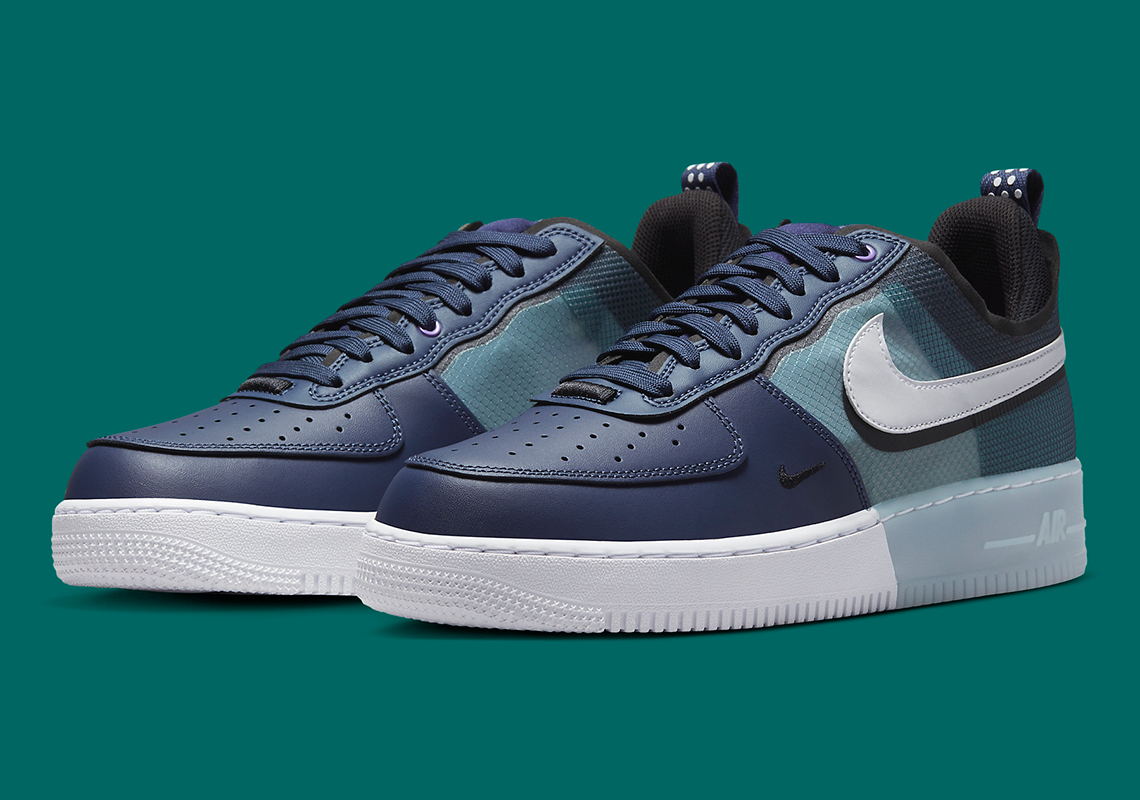 As one of the premier cushioning systems in the running ethos, The Swoosh has reconstructed its most iconic silhouettes with the widely adorned React technology for reimagined streetwear comfort. After a brief hiatus, the collection returns with the Nike Air Force 1 Low React in a cool collection of blue hues with a unique twist, separating the opposing Air and React technologies down the middle.

The forefront of the model and quarter overlays harken back to the original construction of Bruce Kilgore’s 1982 design in smooth navy blue leather and laces alongside a mini black Swoosh while the latter half enlists an inside-out aesthetic with “Sky Blue” and teal translucent ripstop. A white swoosh and black shadowed underlay compliment the forefoot’s white midsole that diagonally transitions into another offering of semi-translucence in the heels counter. Seldom touches of purple touch down in the back tabs NIKE AIR logo, upper eyelets and insoles while a darker shade takes on the tongue construction and heel pull tab.

Enjoy official images of the Nike Air Force 1 React “Navy/Teal” below while we anticipate a release date for the pair expected to retail for $110.

For more under the NIKE Inc. umbrella, the Nike Blazer Low is joining the “Inspected By Swoosh” collection. 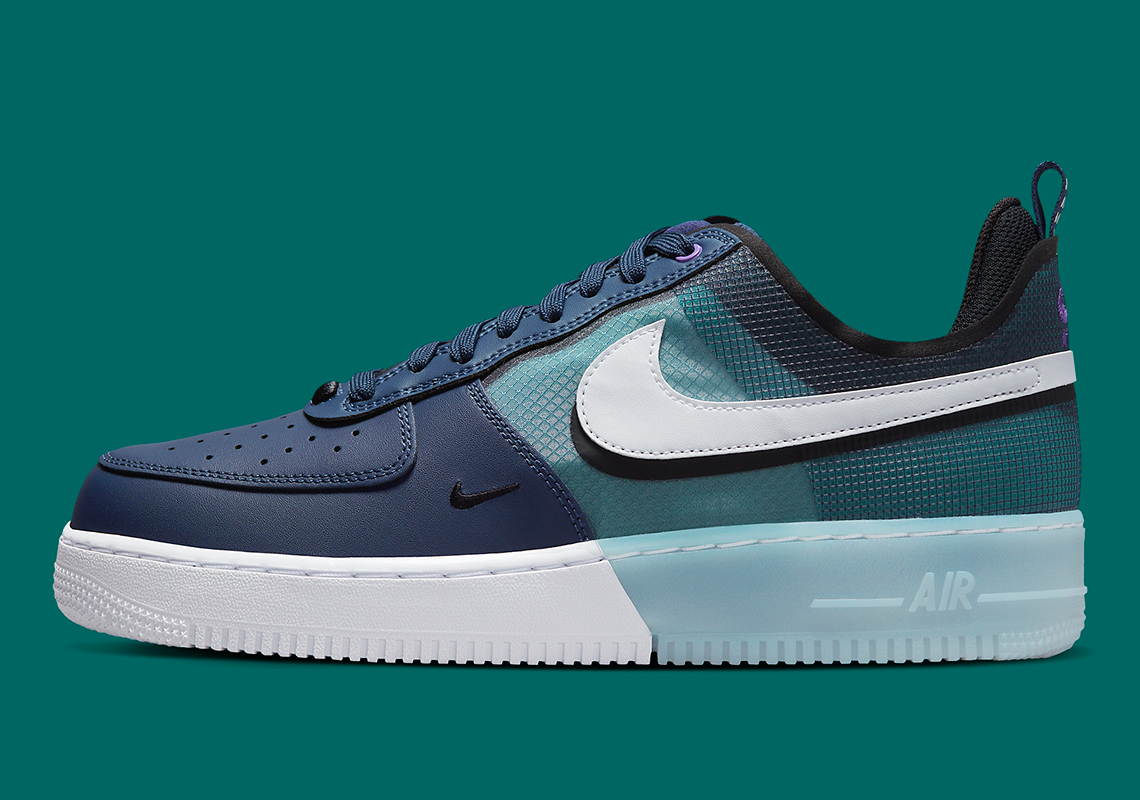 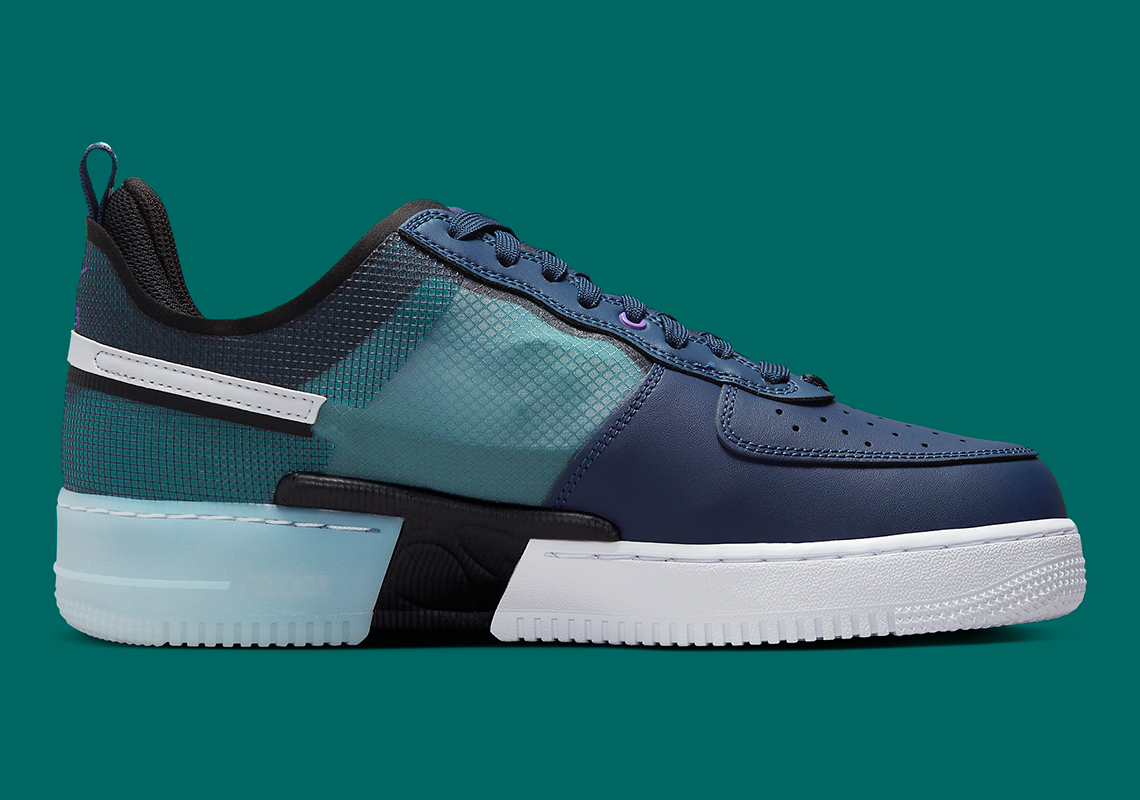 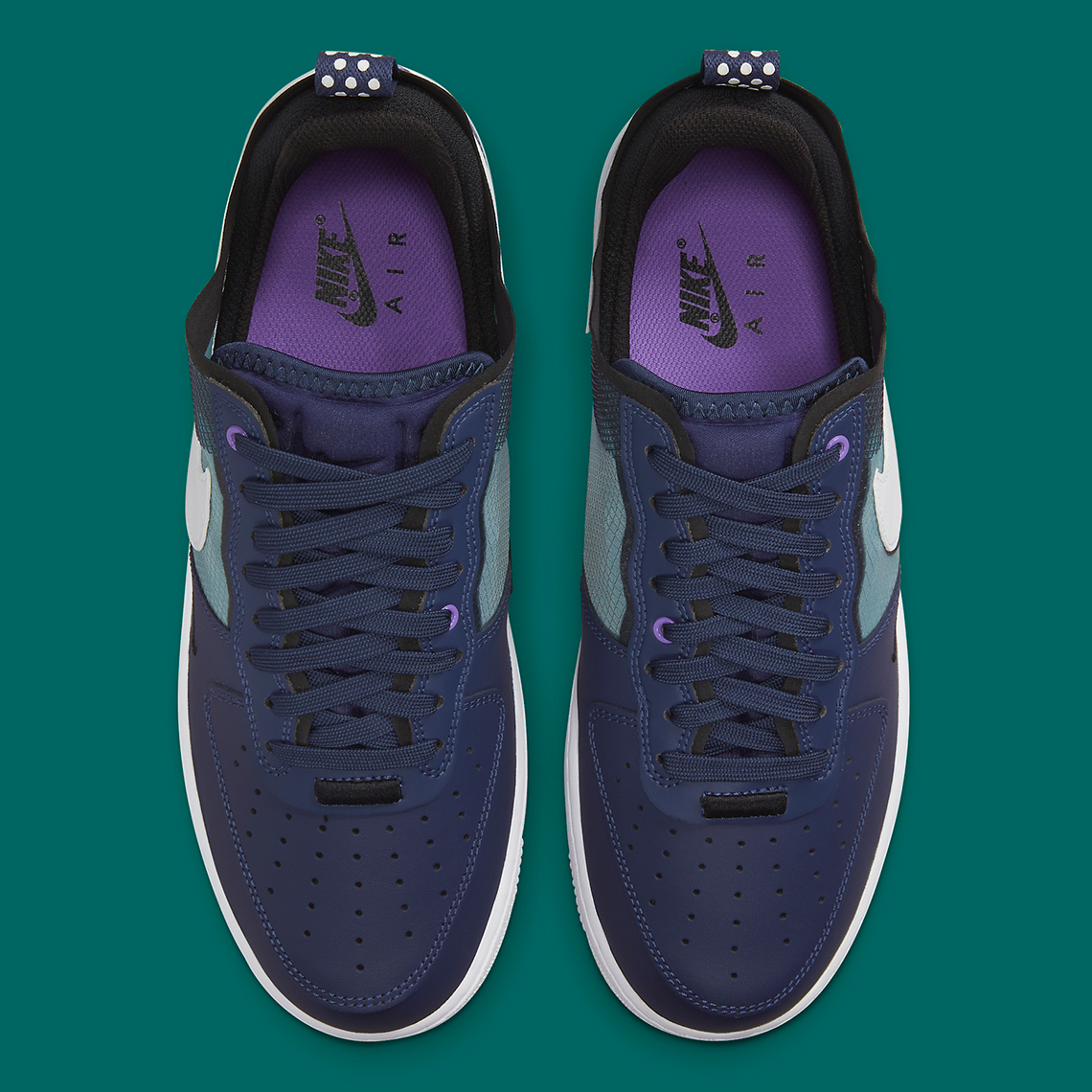 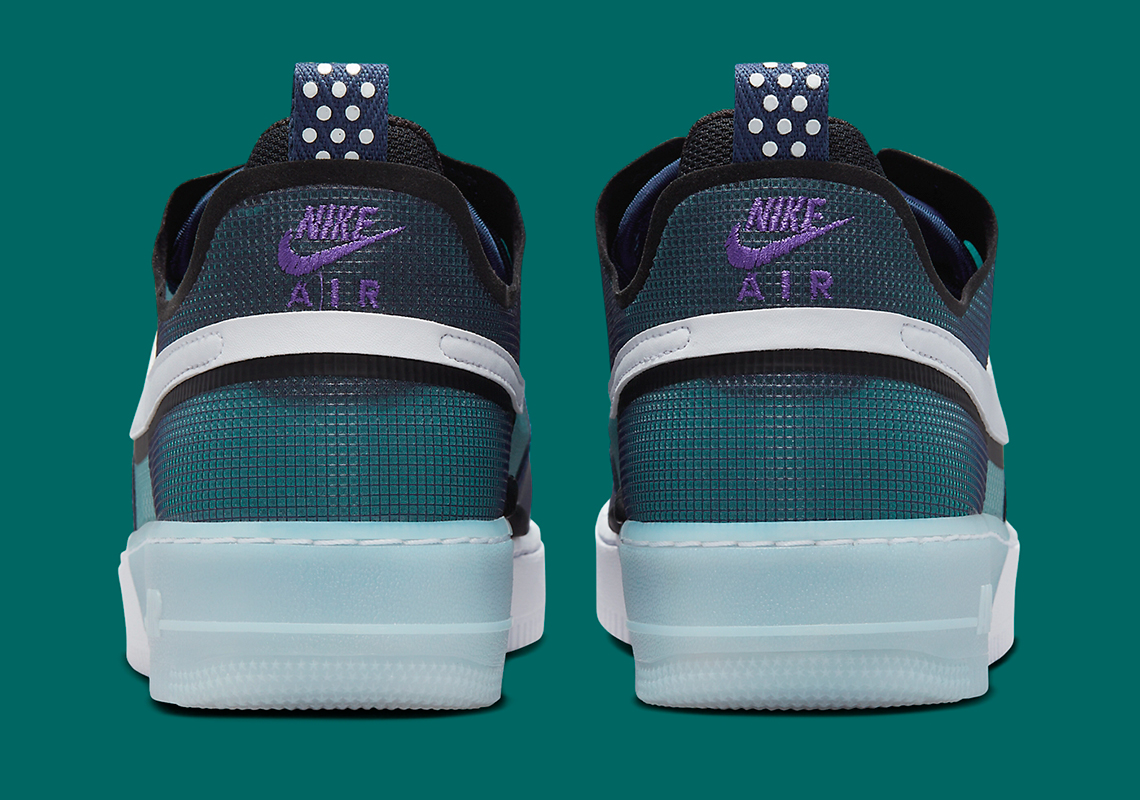 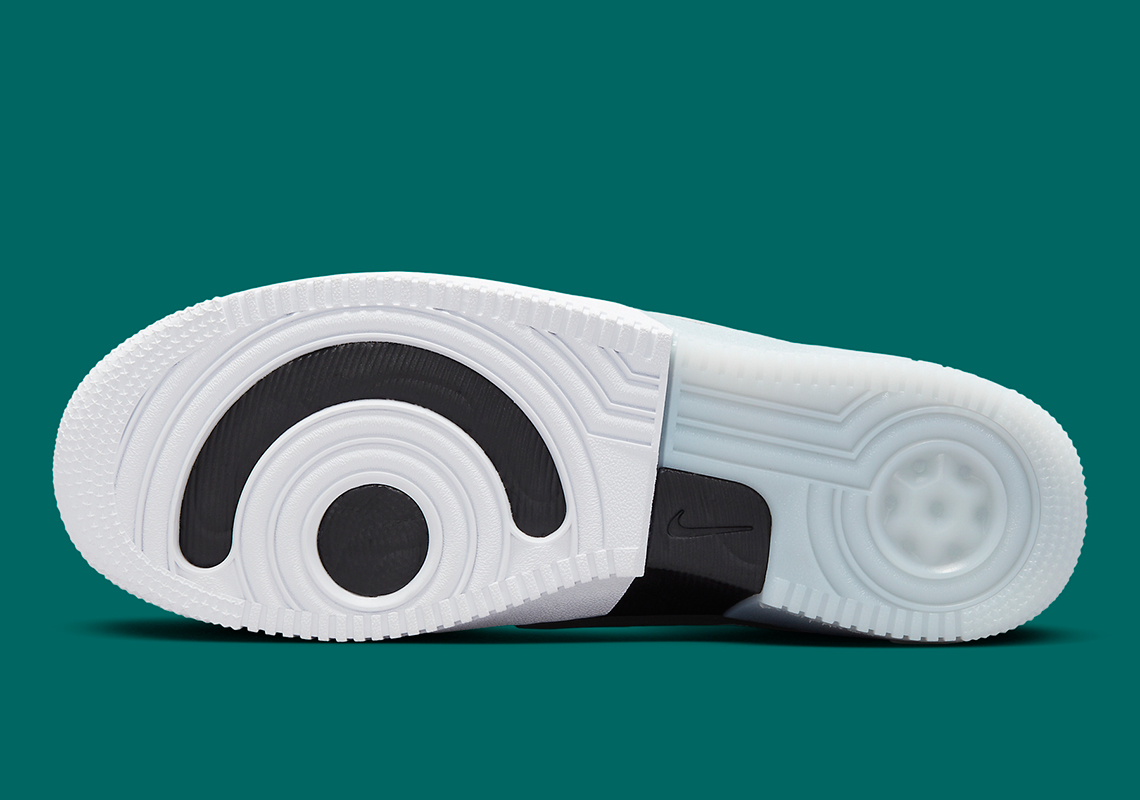 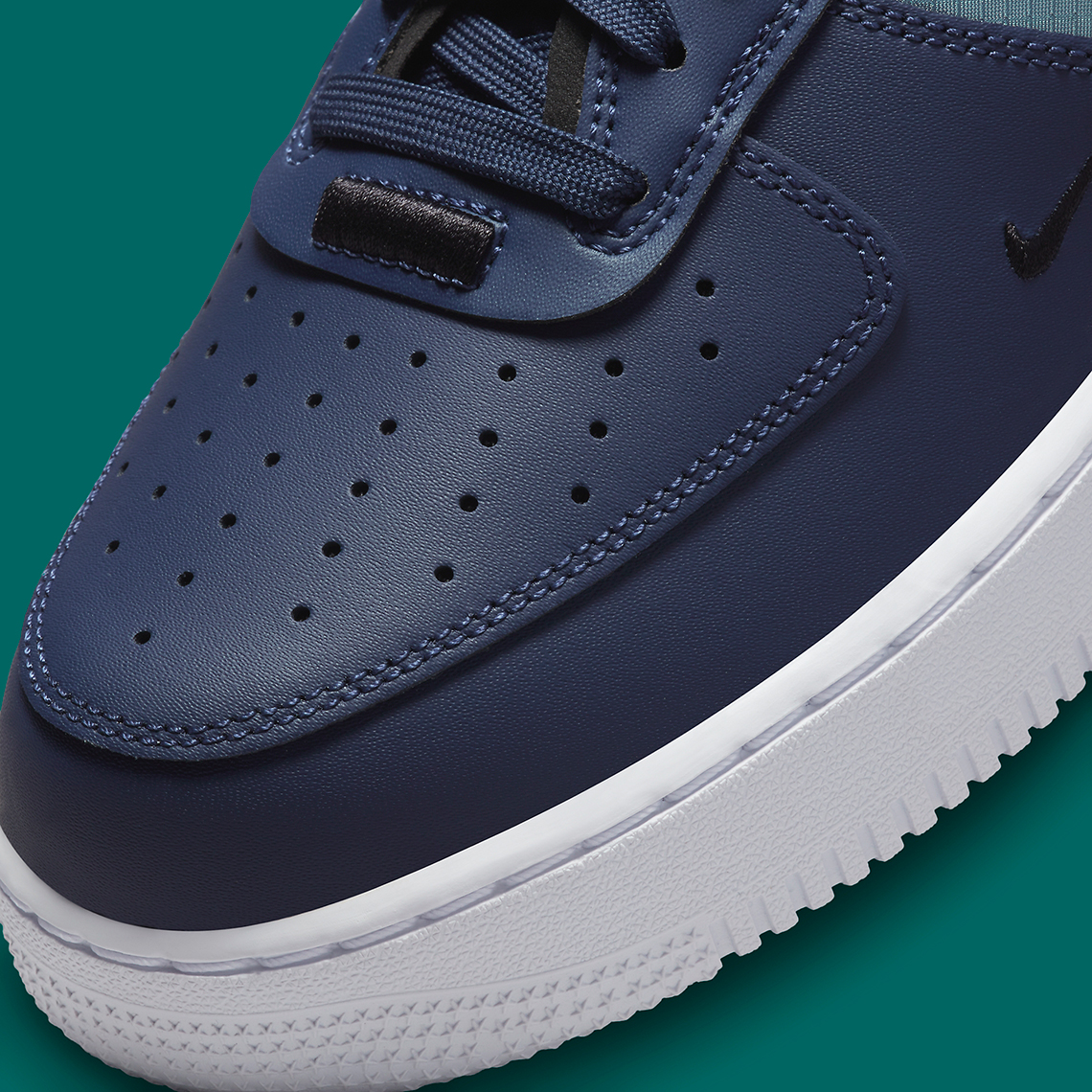 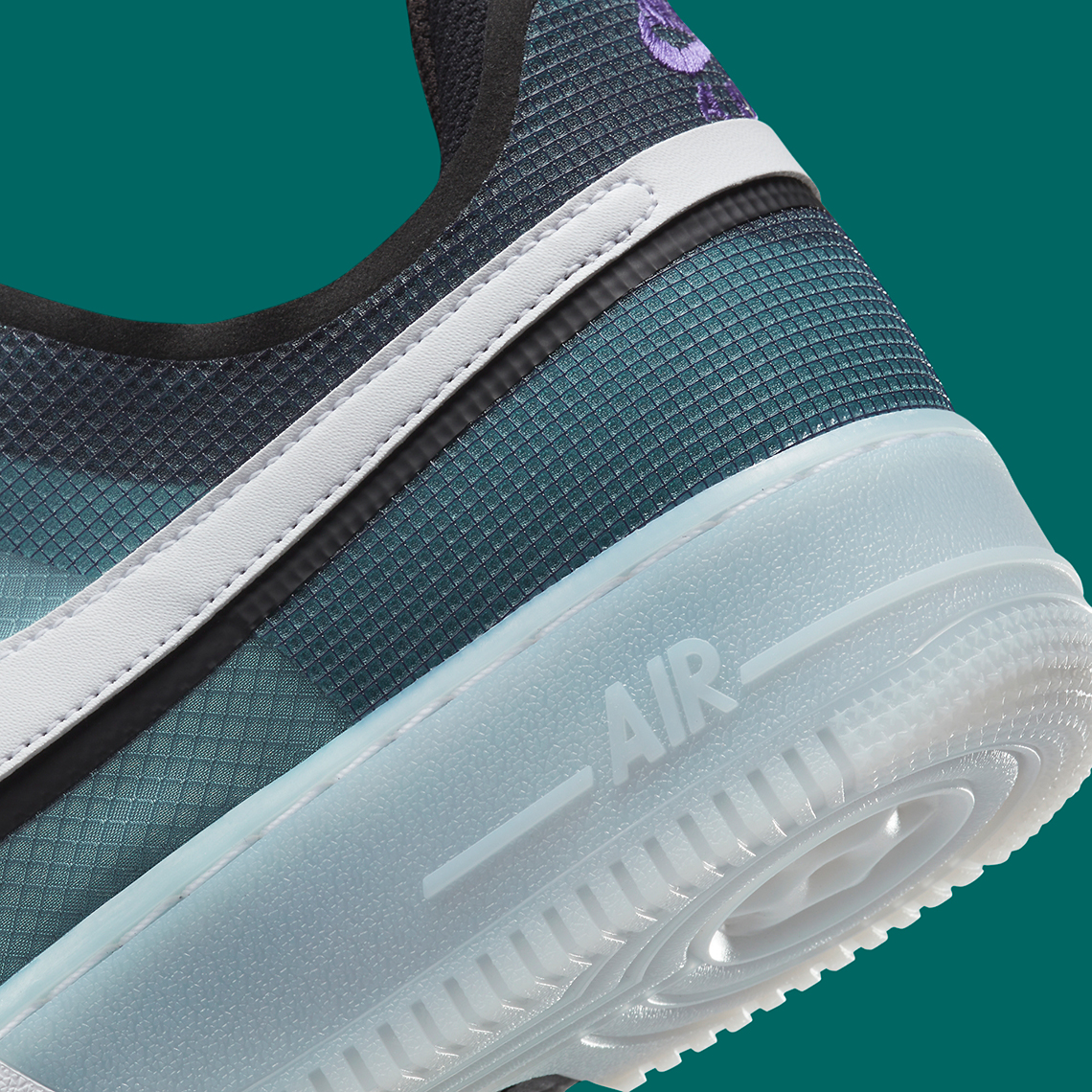