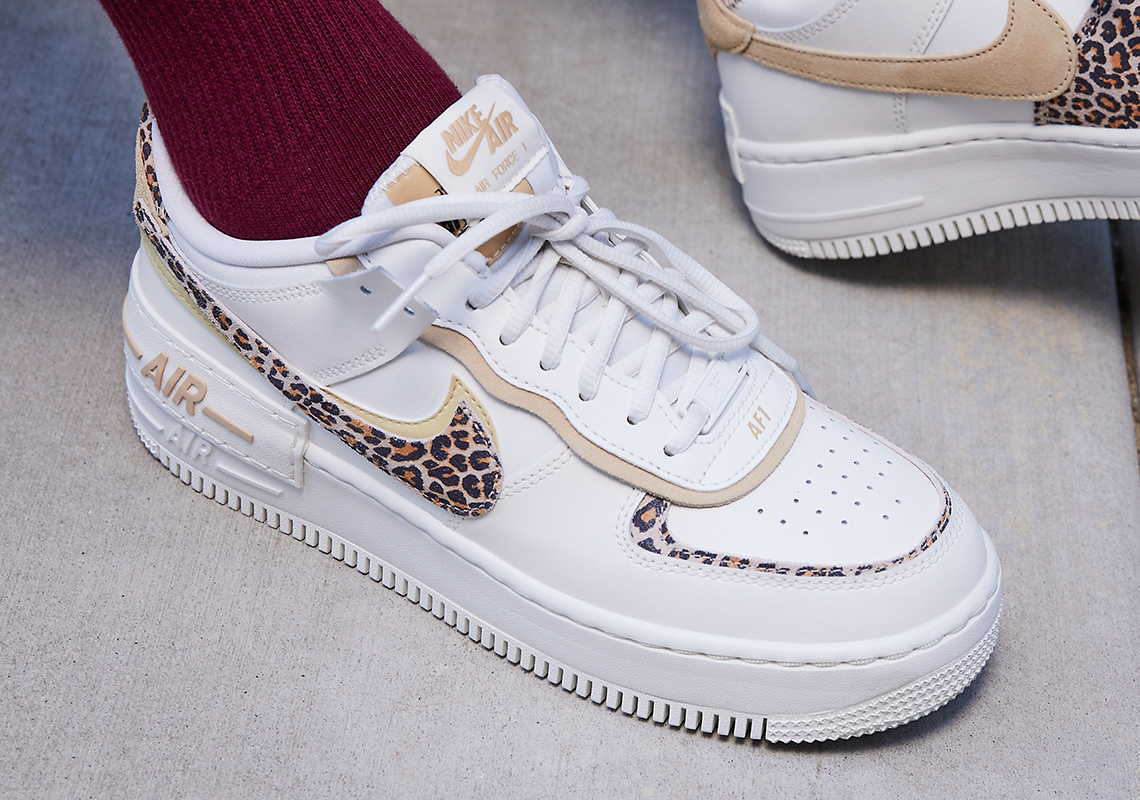 Throughout the Air Force 1’s 40th anniversary its Shadowed counterpart has enjoyed a constant rotation of titular-hues and mix-matched textiles. Proffering an extensive roster of finely-crafted silhouettes for their female audience, The Swoosh is employing a “Leopard” print amidst its doubled-up construction.

Neutral tones fill the most recent proposition, as smooth cream leathers set the stage for a simplified canvas throughout the upper while wheat hues are called upon to accent the quarter overlay and medial side Swooshes finished in suede. The presiding shade additionally fills the “NIKE AIR” branding of the top tongue tag and the background of its mirrored counterpart underneath before seldom touches of “Leopard” print appear on the trim of the mudguard, the top level Swoosh and heels back tab. Amidst a clad eggnog hue that treats the midsole and tread, the models dual aesthetic is concluded with a sandy “AIR” insignia melding the bottom half of the model to its upper and a suede heel tab holding cursive black “nike” text.

While a release date hasn’t yet been shared by the brand, enjoy a closer look at the spotted print bearing the latest Air Force 1 Low Shadow via the official images below.

For the latest news, stay up to date with our Sneaker Release Dates page. 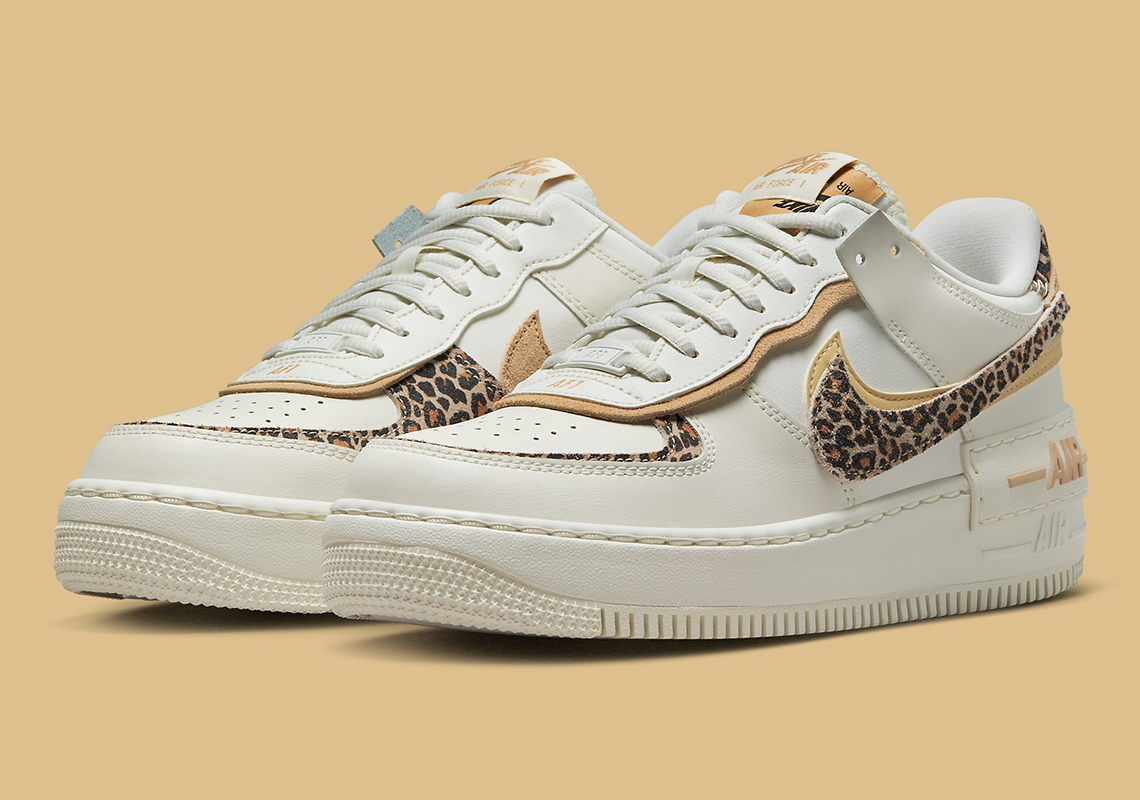 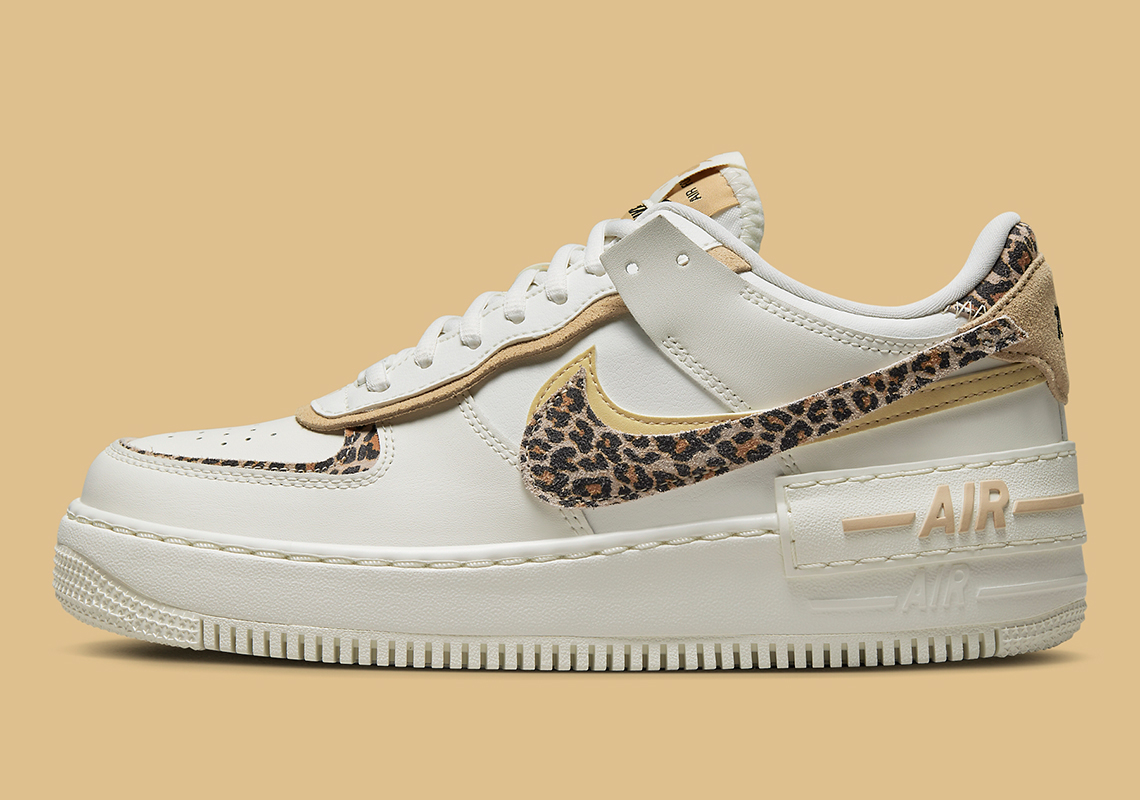 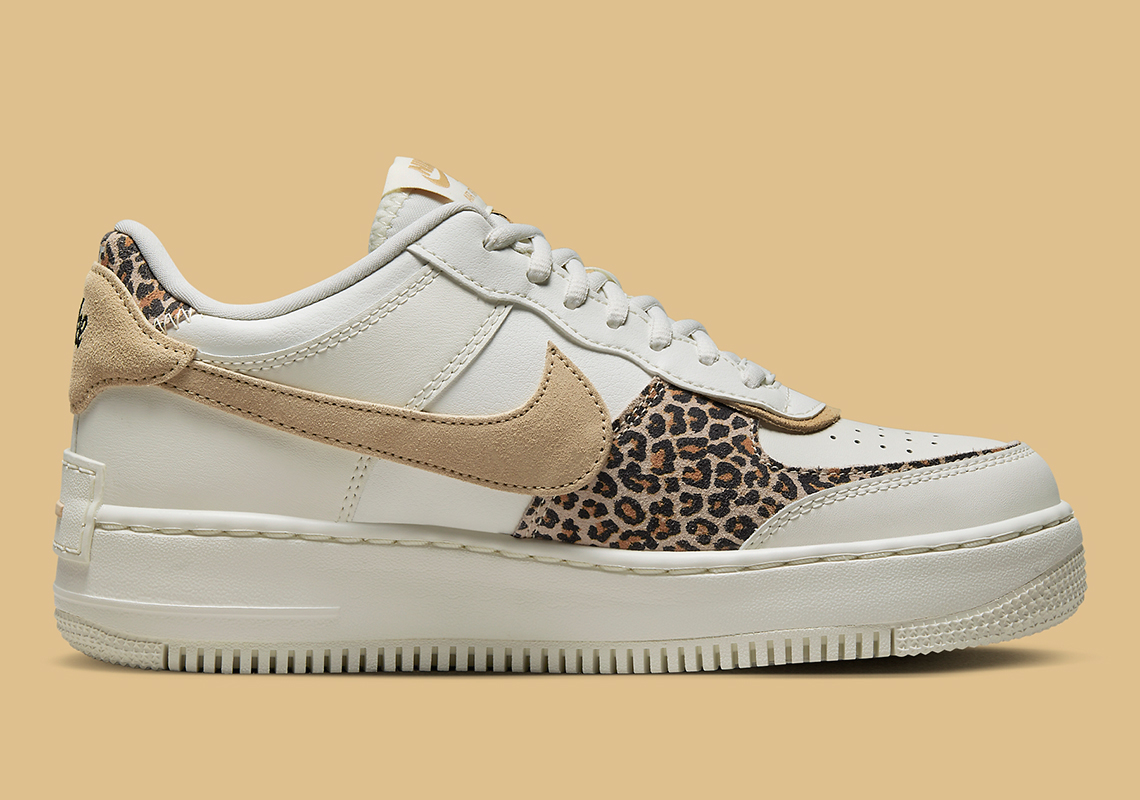 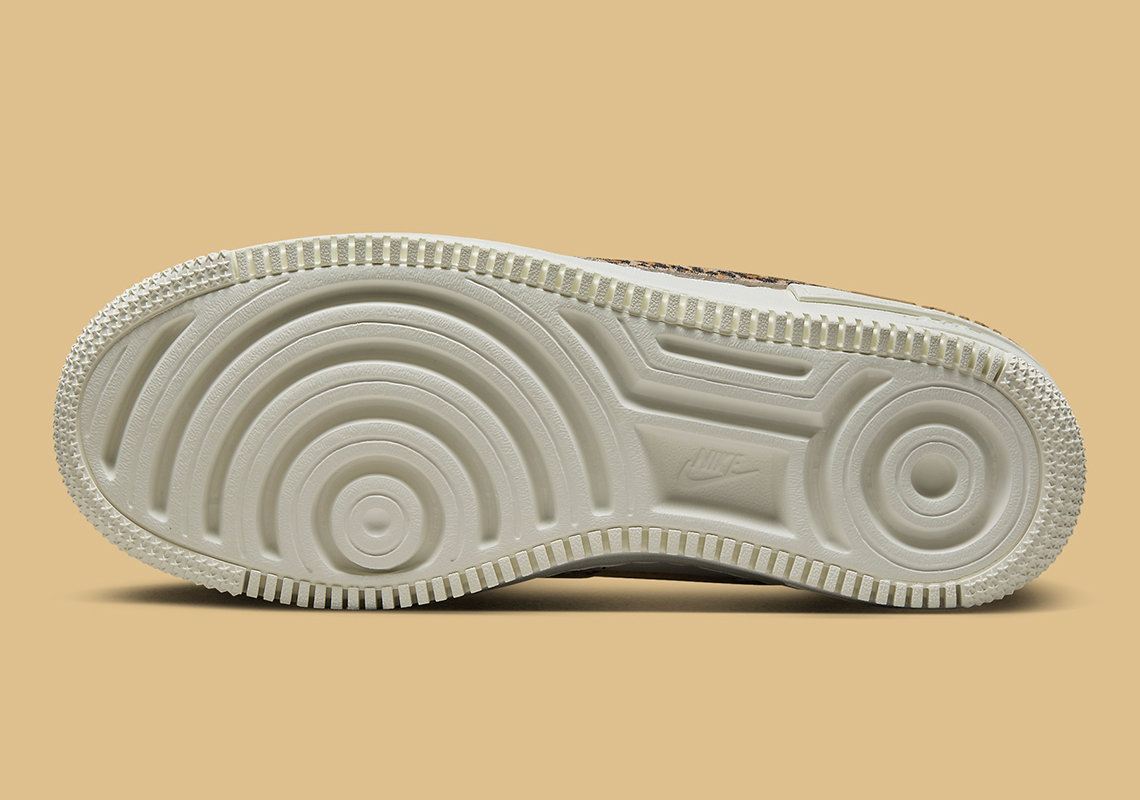 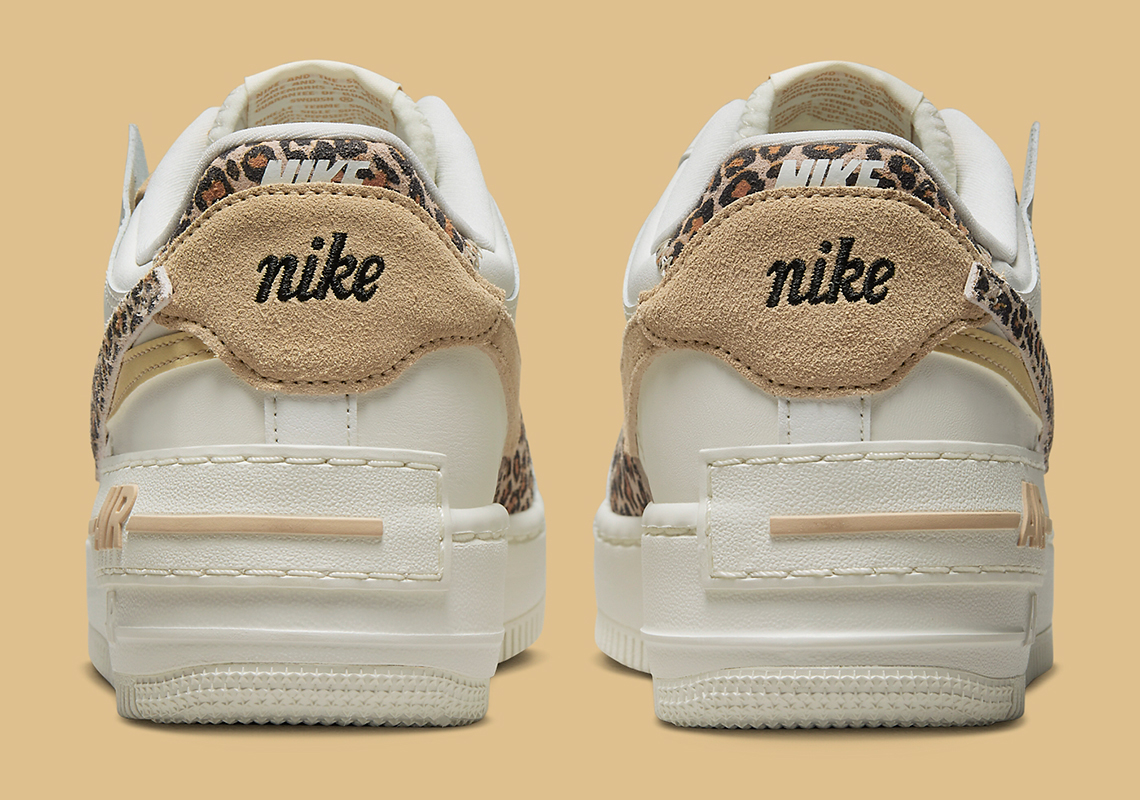 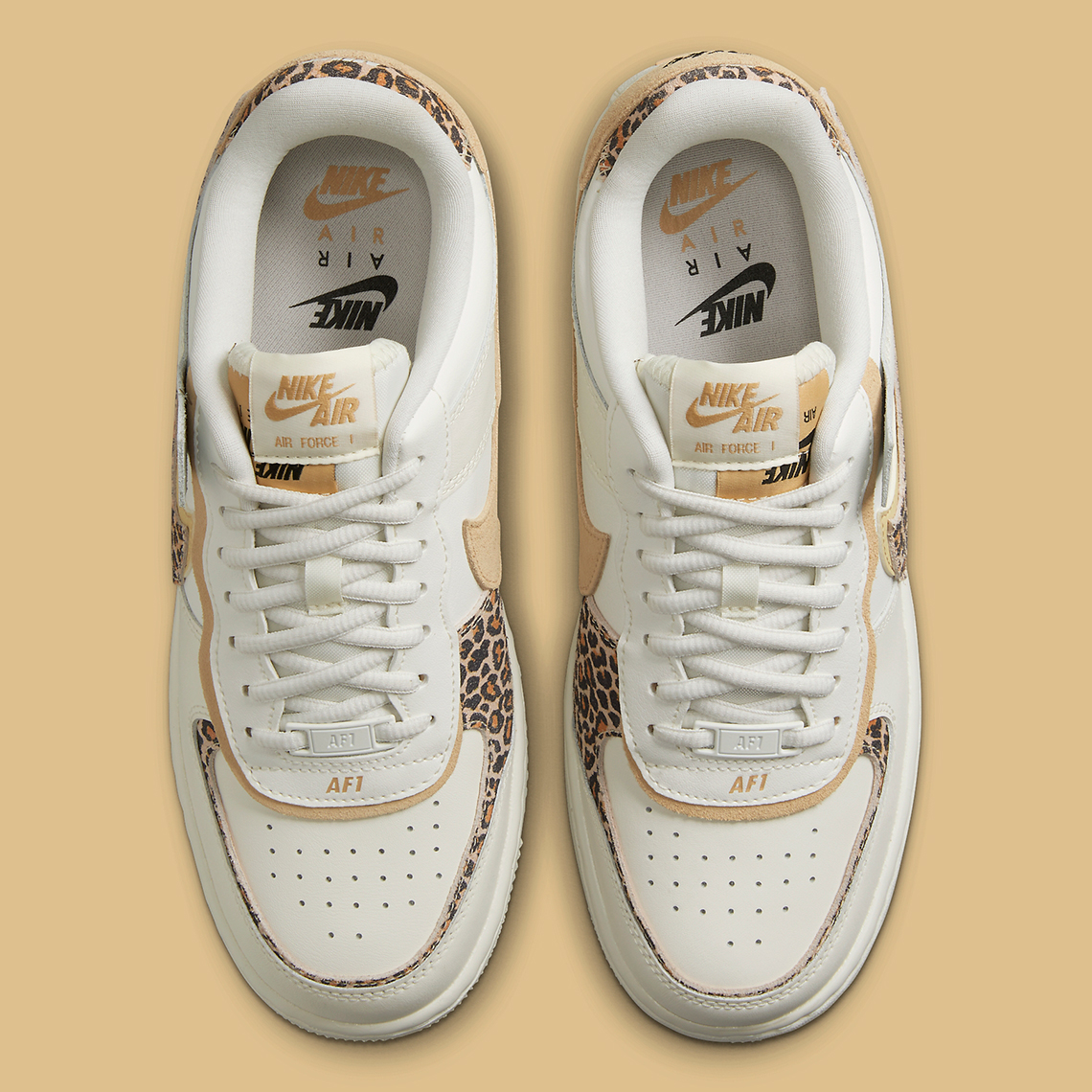 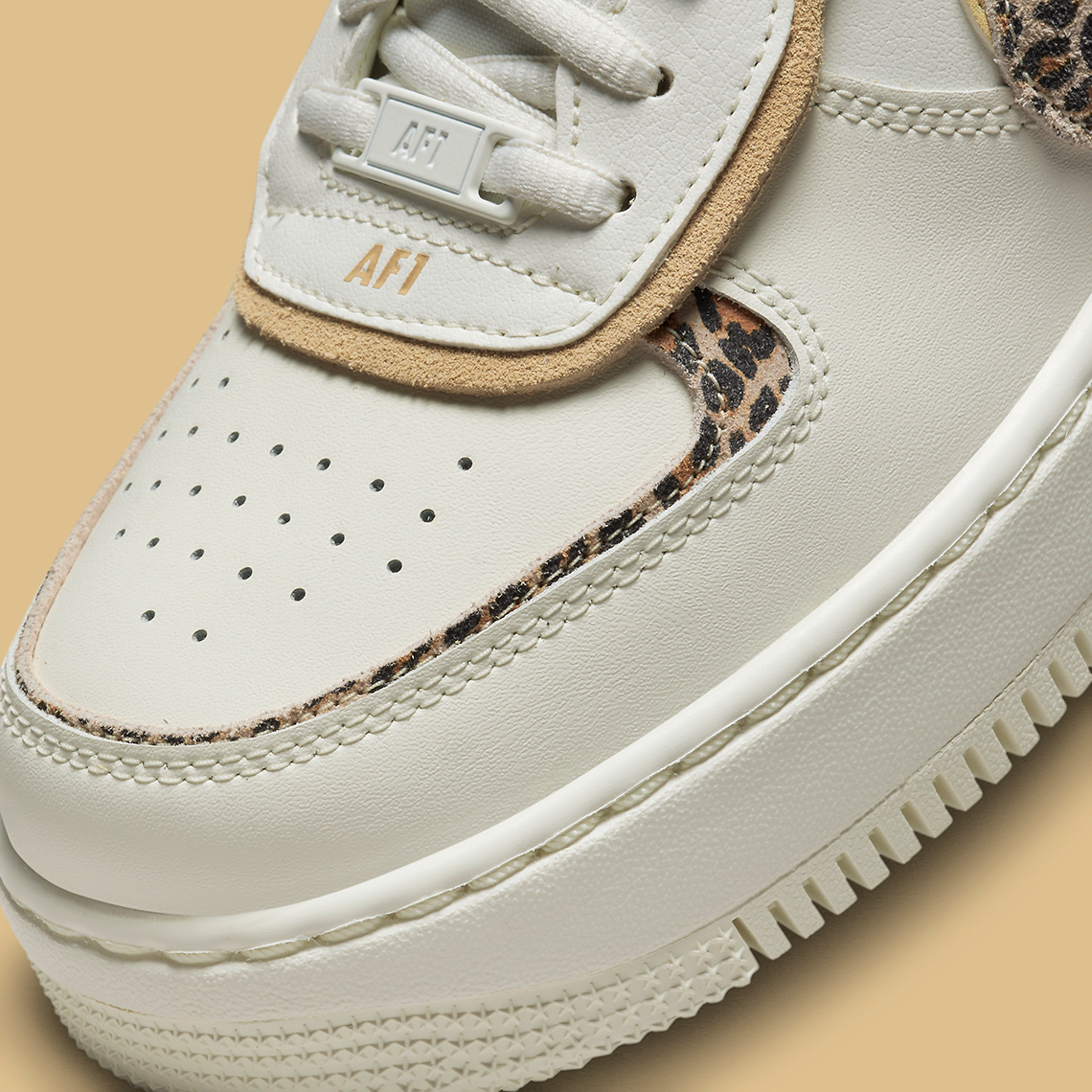 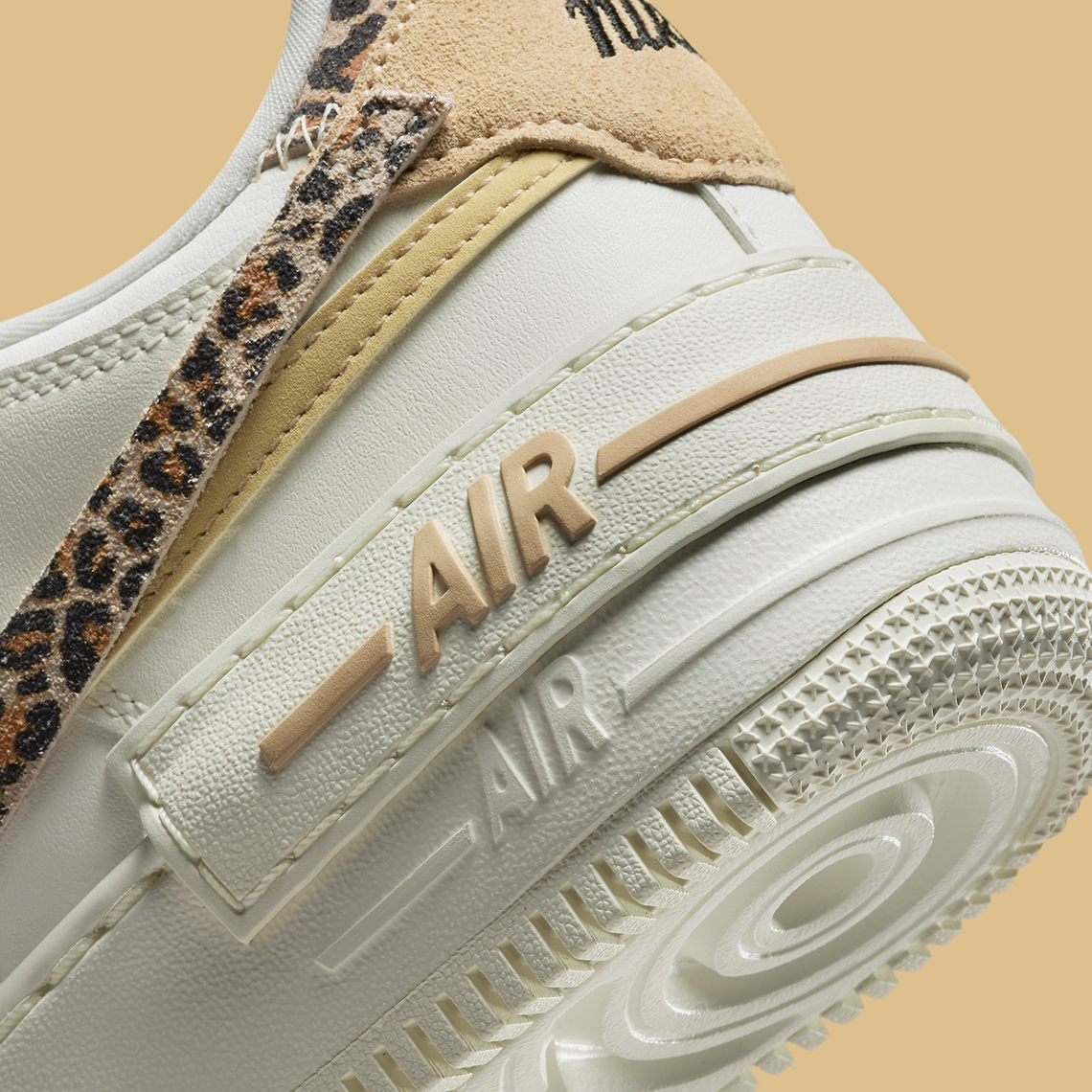 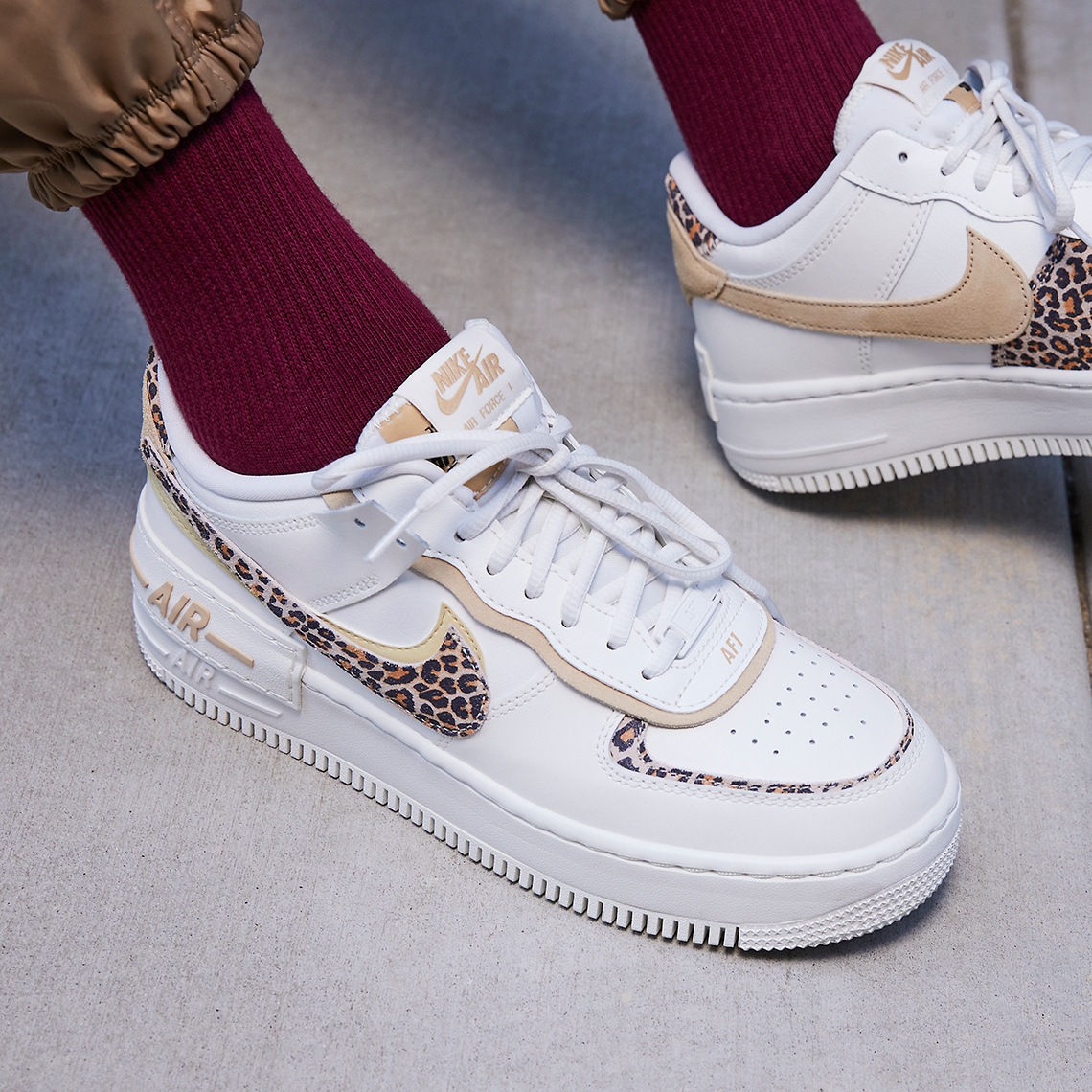 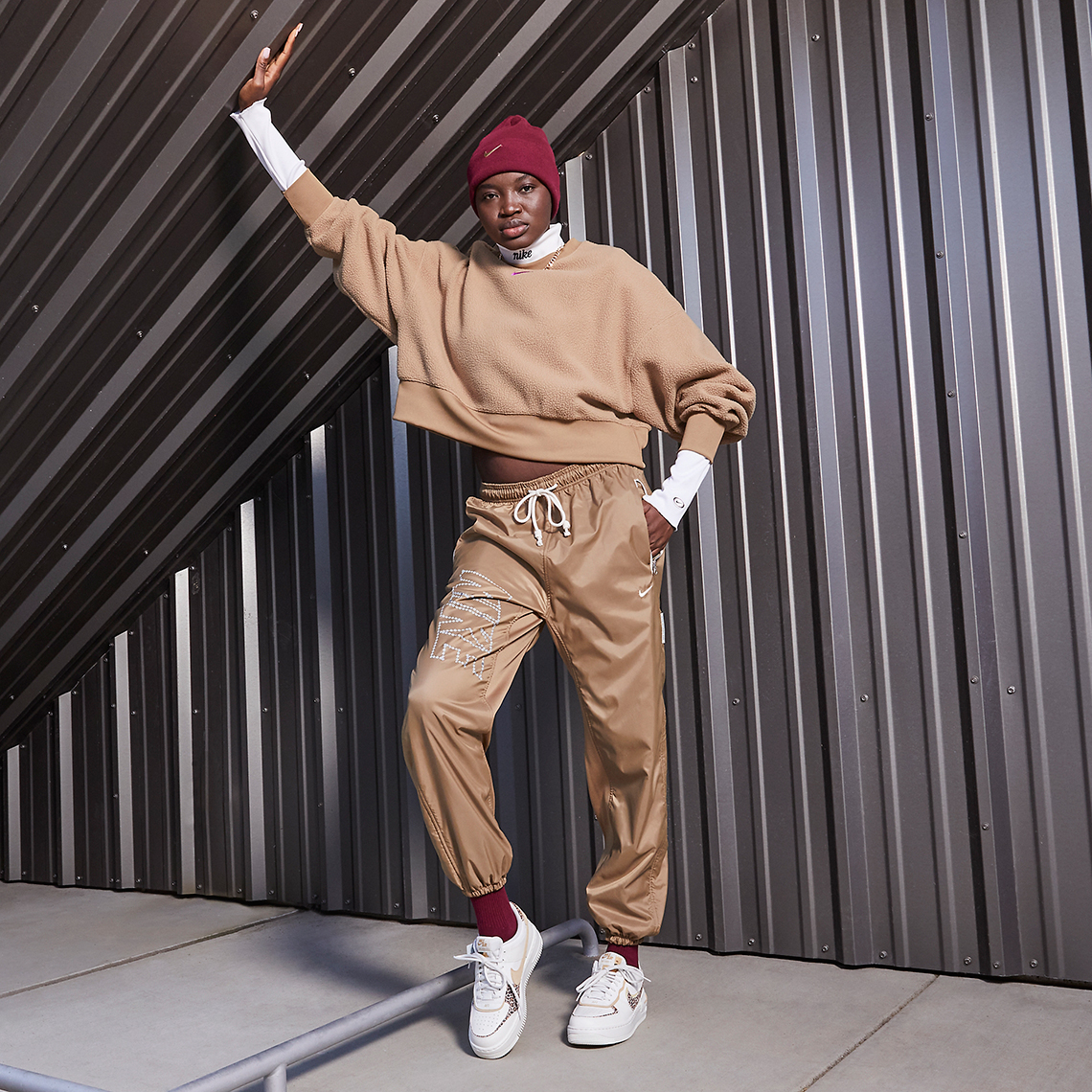