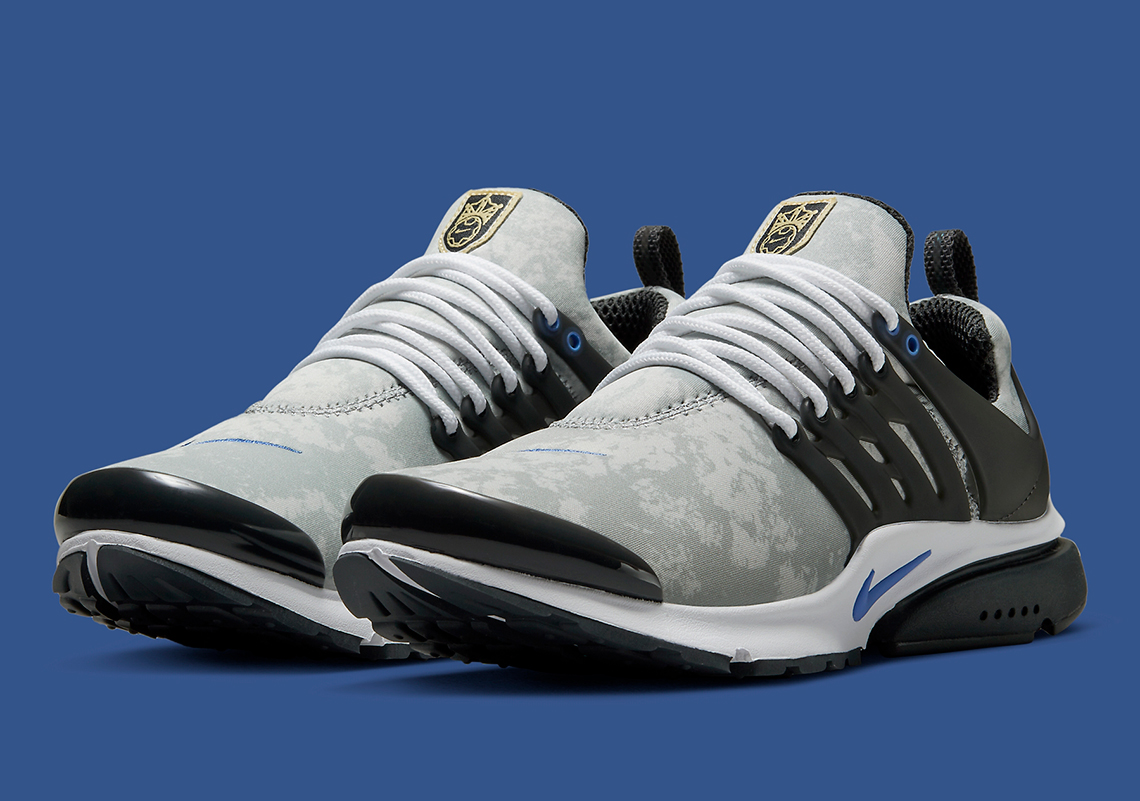 In anticipation for the 2022 Qatar World Cup, The Swoosh is redressing its myriad of lifestyle propositions in its celebratory “Social F.C.” scheme that most recently was employed across the Nike Air Huarache.  Now taking its talents to the “t-shirt for your feet”, the collections murky aesthetic can now be found on the Nike Air Presto.

Centering its cloudy grey and white print across the silhouette’s neoprene bootie, jet-black accents play a contrasting role along its glossy finish of the mudguard, matte midfoot caging and mesh sockliner alongside its adjacently placed pull tab.  Brightening the overall aesthetic with crisp white laces and midsole, seldom inclusions of “Royal Blue” outfit the circular eye stays and Swooshes embroidered along the vamp rendering a rubber construction amidst the sole unit. Adorned with golden “Social F.C.” badges, additional insignias conclude along the black insoles.

Enjoy official images of the Air Presto “Social F.C.” below while we sit tight on the pair’s expected release within the coming weeks.

In other news from the NIKE Inc. wheelhouse, official imagery of the Nike Kyrie 8 “University Red” just surfaced. 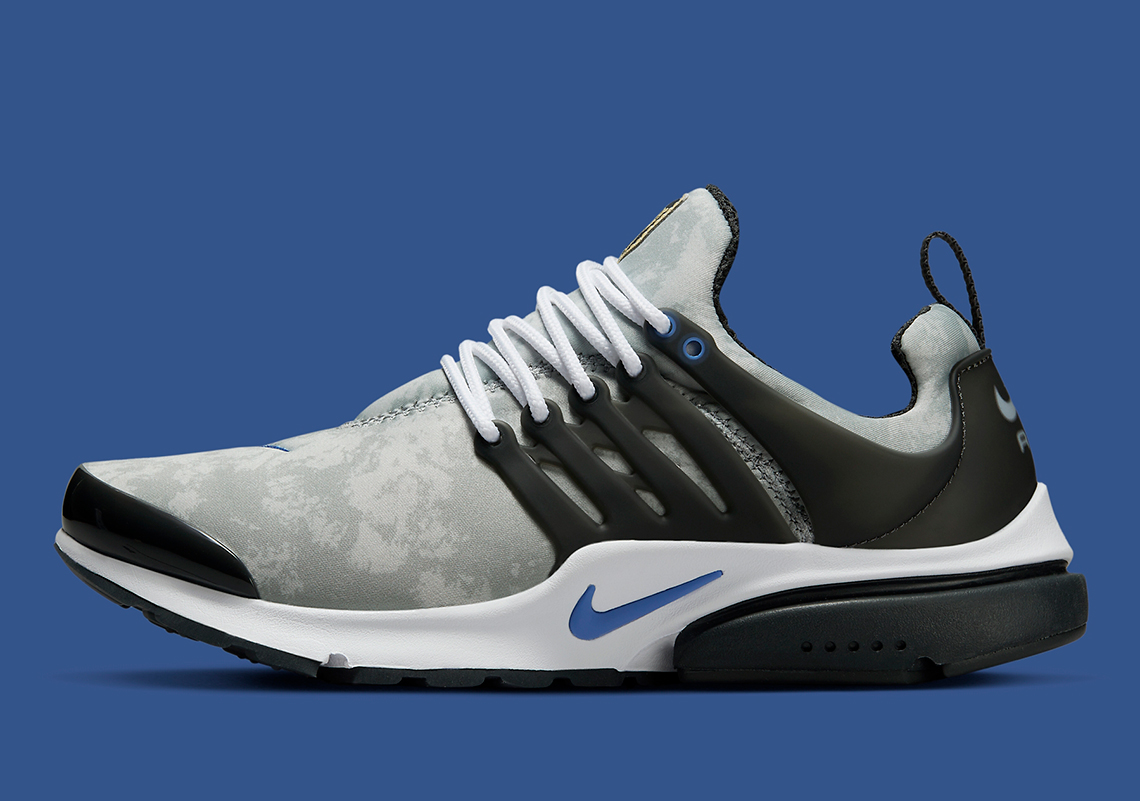 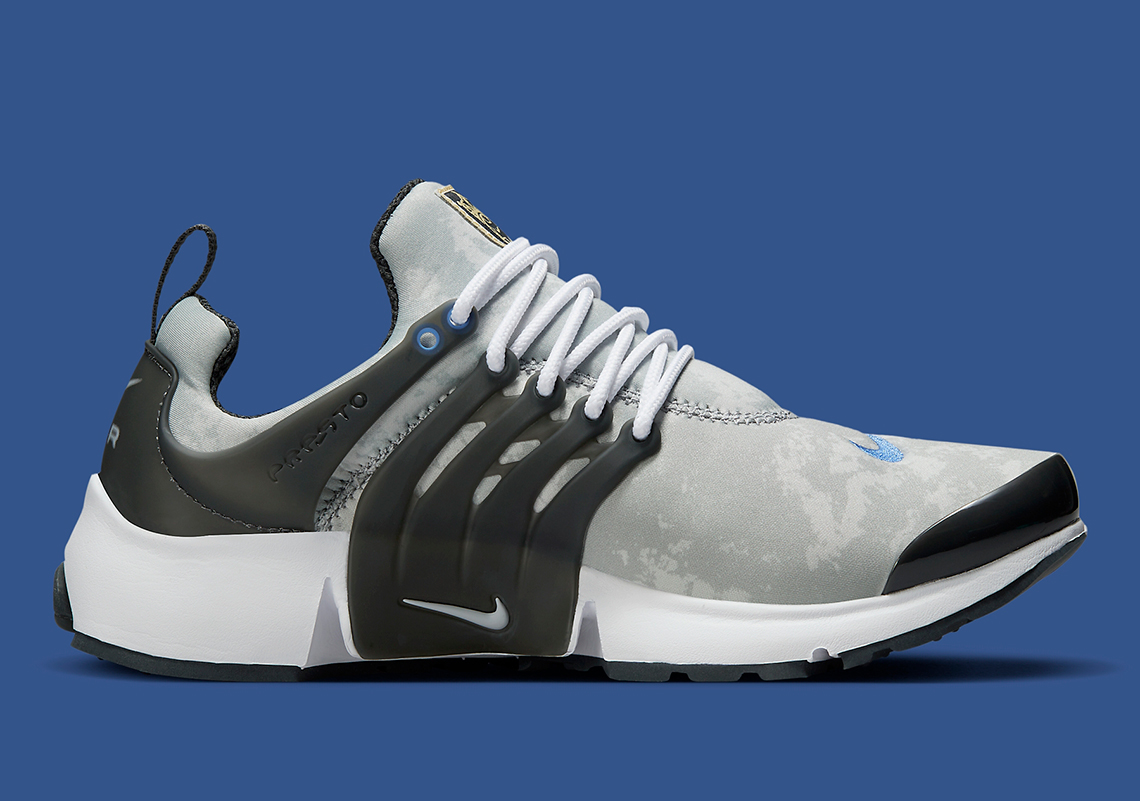 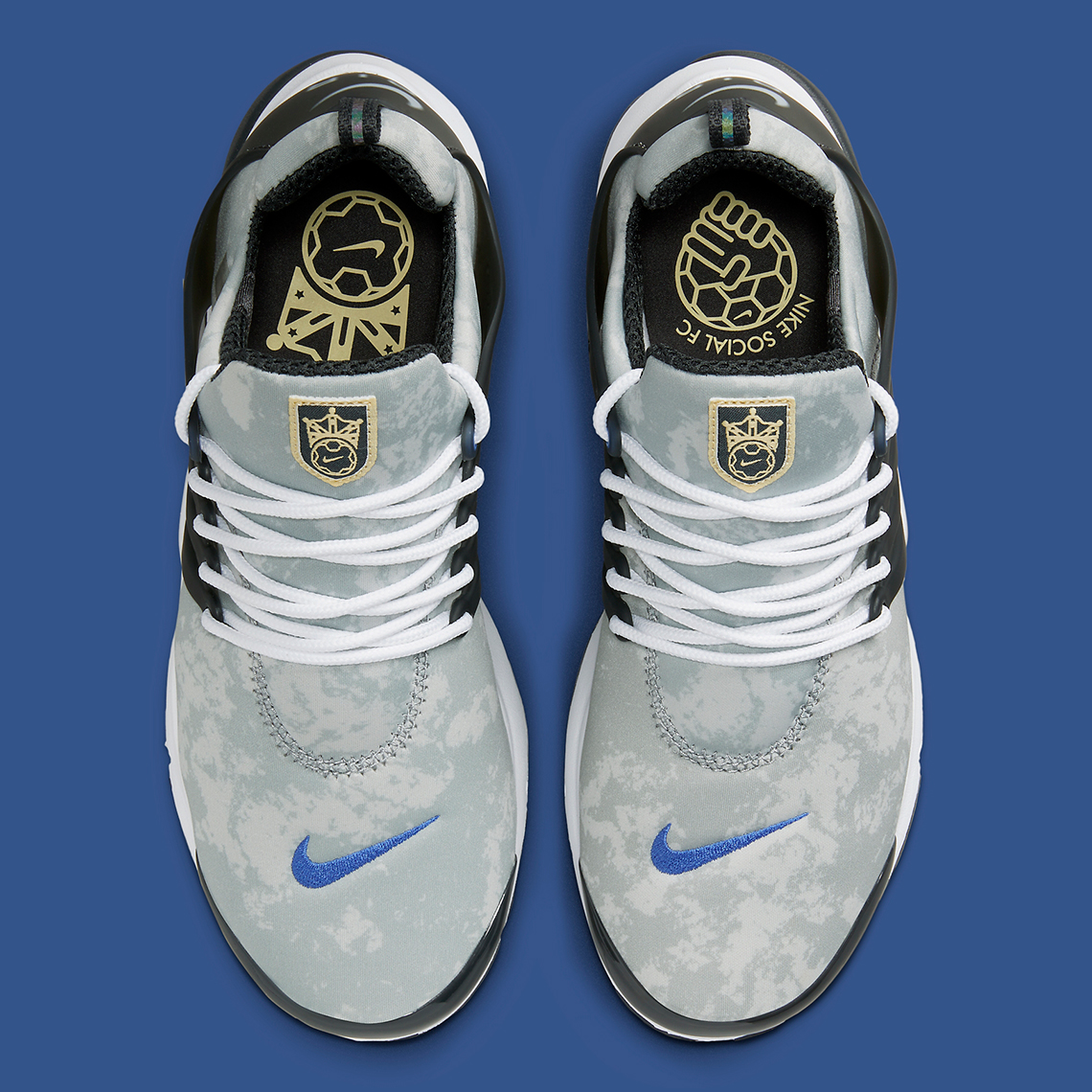 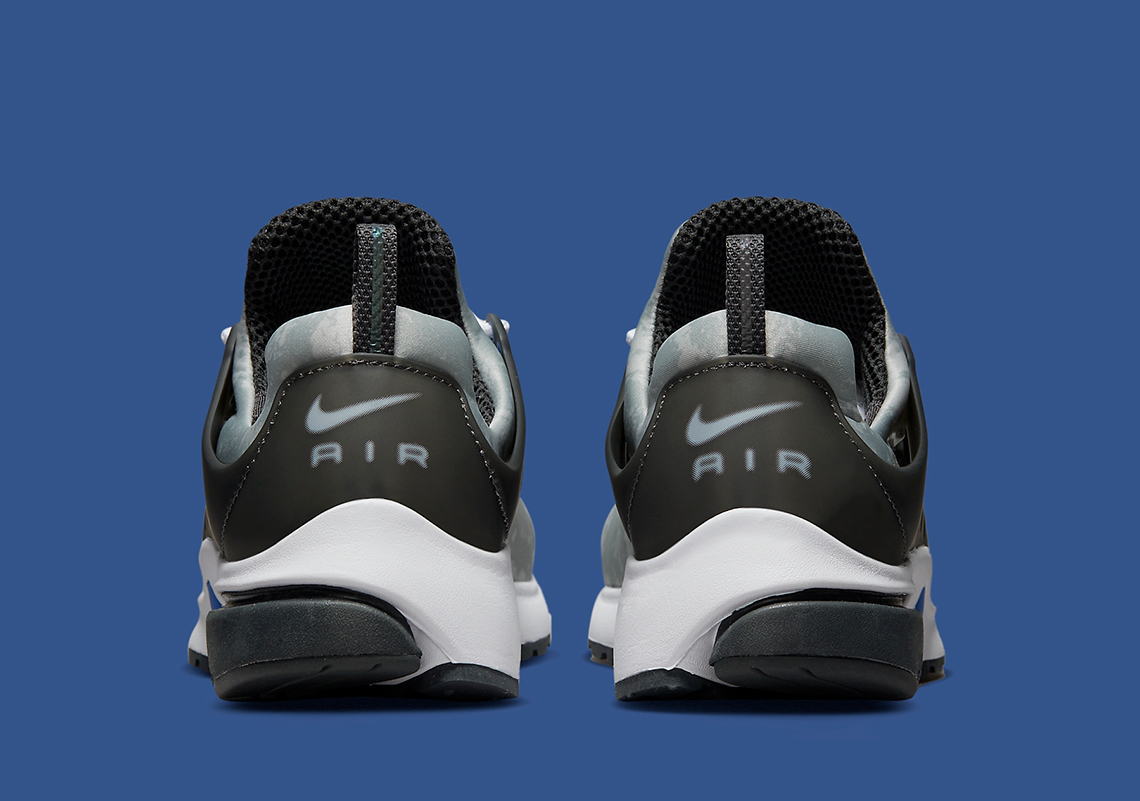 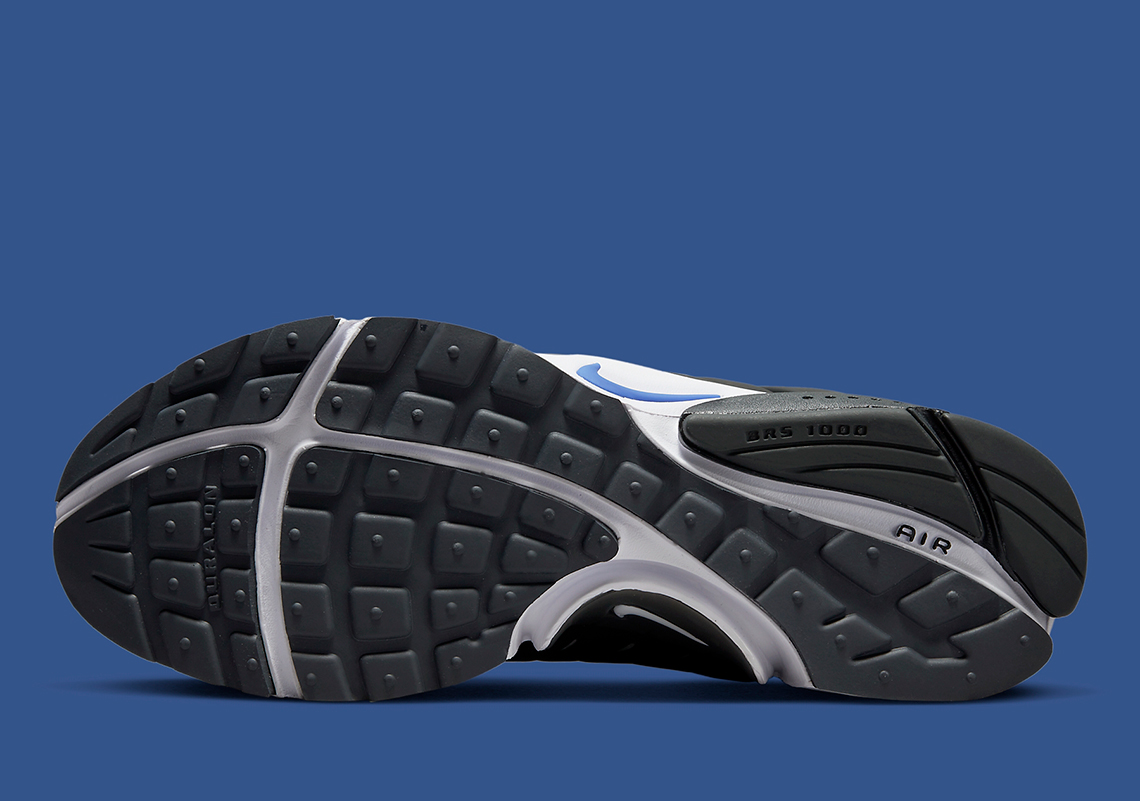 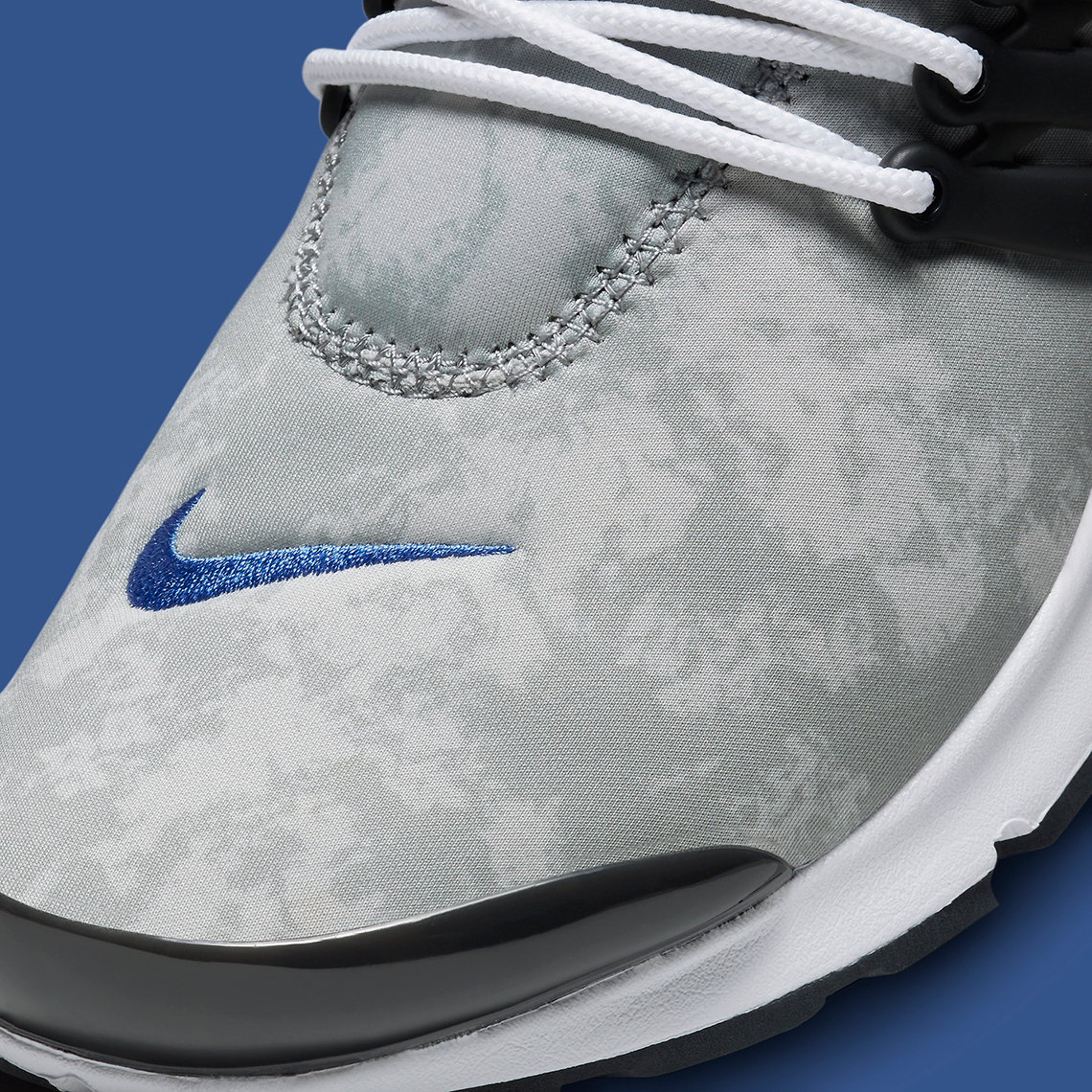 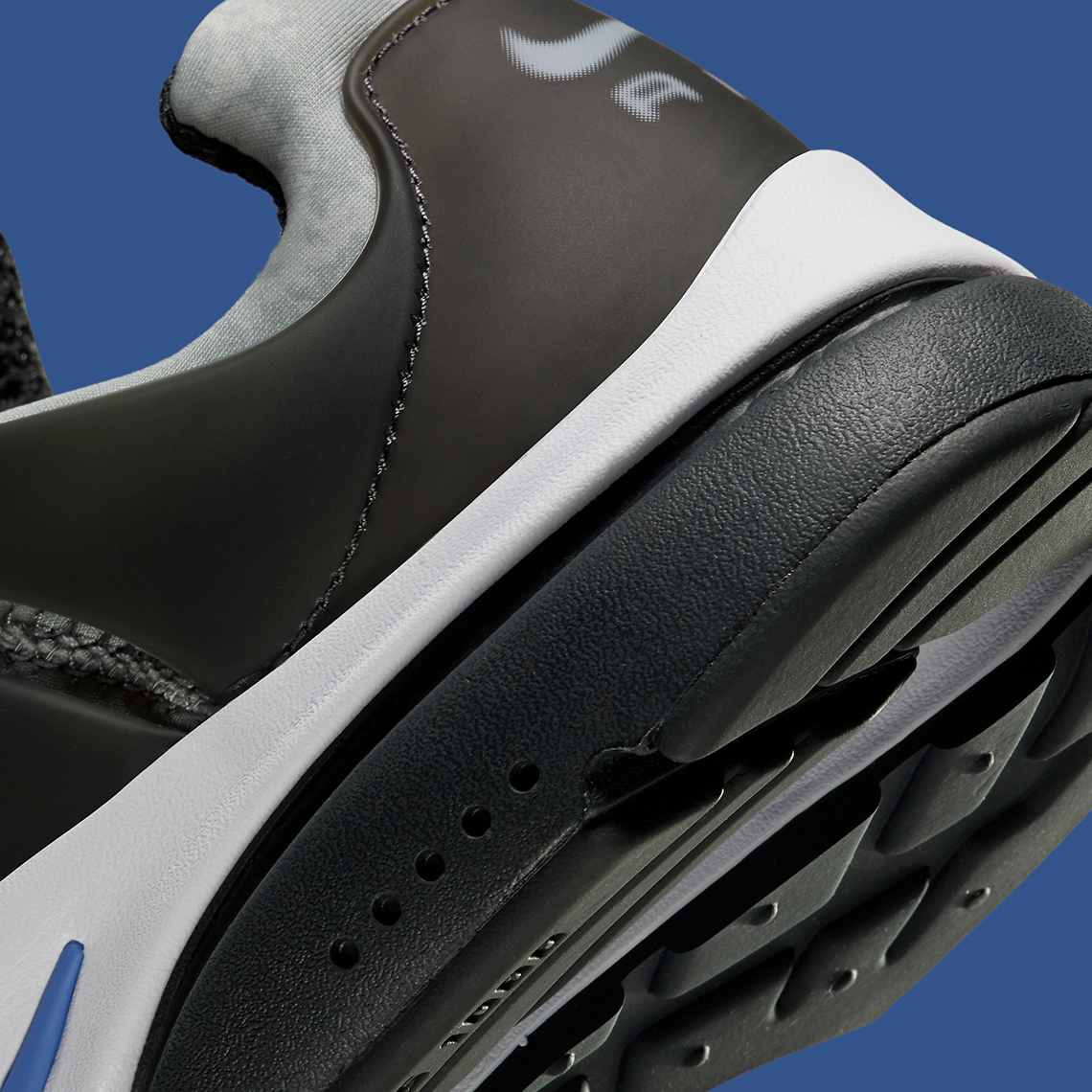