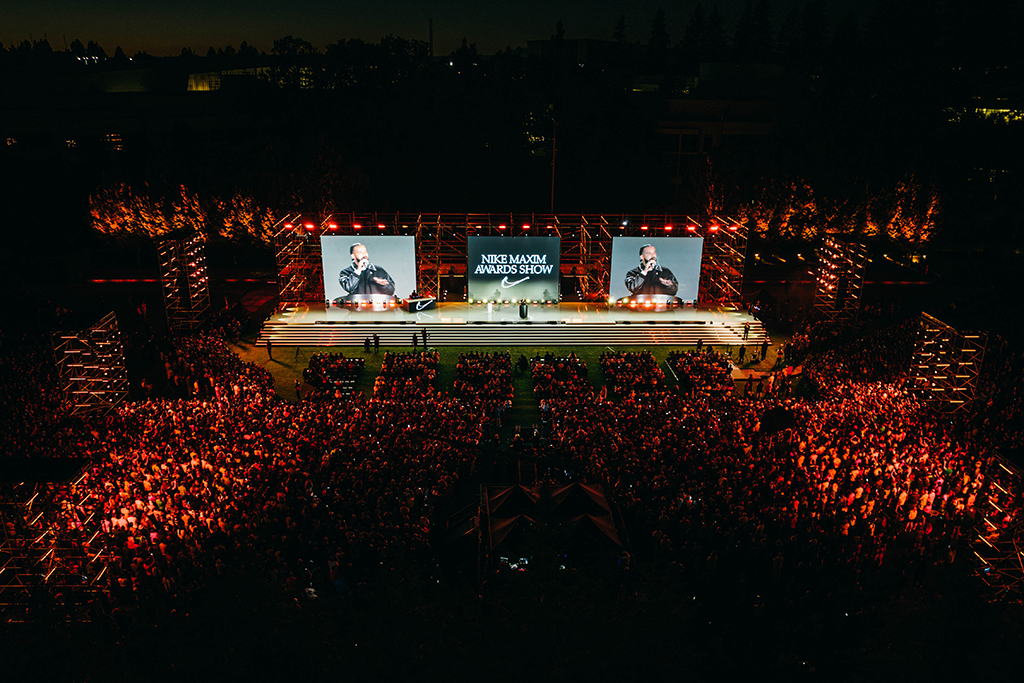 Playing kickball with Travis Scott, basketball with Drake and soccer with Cristiano Ronaldo at your job sounds like a great day at the office.

With its 50th anniversary here, Nike pulled out all the stops Thursday for Just Do It (JDI) Day, an employee-focused event at its world headquarters in Beaverton, Ore. and other locations worldwide. JDI Day, according to Nike, is a day of sport grounded in the Just Do It spirit that unites its team. It was introduced in 2018 as its Just Do It campaign turned 30, and returned this year after two years off because of COVID-19.

Aside from Travis Scott, Drake and Ronaldo, Nike brought out more than 50 people in the worlds of sports and entertainment with ties to the brand to spend time with employees. For instance, golf pro Michelle Wie West did a Nike Training Club workout, soccer stars Brandi Chastain and Ronaldinho joined Ronaldo on the pitch and middle-distance runner Athing Mu led a run.

Other athletes of note who were in attendance at the Beaverton HQ include skateboarder Eric Koston, NBA and WNBA stars of today and year’s past (Lisa Leslie, Sheryl Swoopes, LeBron James, Jayson Tatum, Carmelo Anthony, Charles Barkley), baseball icon Ken Griffey, Jr., multisport athlete Bo Jackson and many others. Also, contemporary artist Tom Sachs made an appearance, as well as Shannon Abloh, wife of the late design icon Virgil Abloh.

To end the Beaverton event, the company held the 2022 Nike Maxim Awards Show. The awards, Nike explained, has been around since 2005 and recognizes the teams and projects that best reflect its values and moves its business, brand and purpose forward. The Nike Maxims, the company said, includes Serve Athletes, Create the Future of Sport, Be on the Offense Always, Do the Right Thing and Win as Team. Drake hosted the awards, and Travis Scott performed live. Also, activist and former NFL quarterback Colin Kaepernick presented at the show.