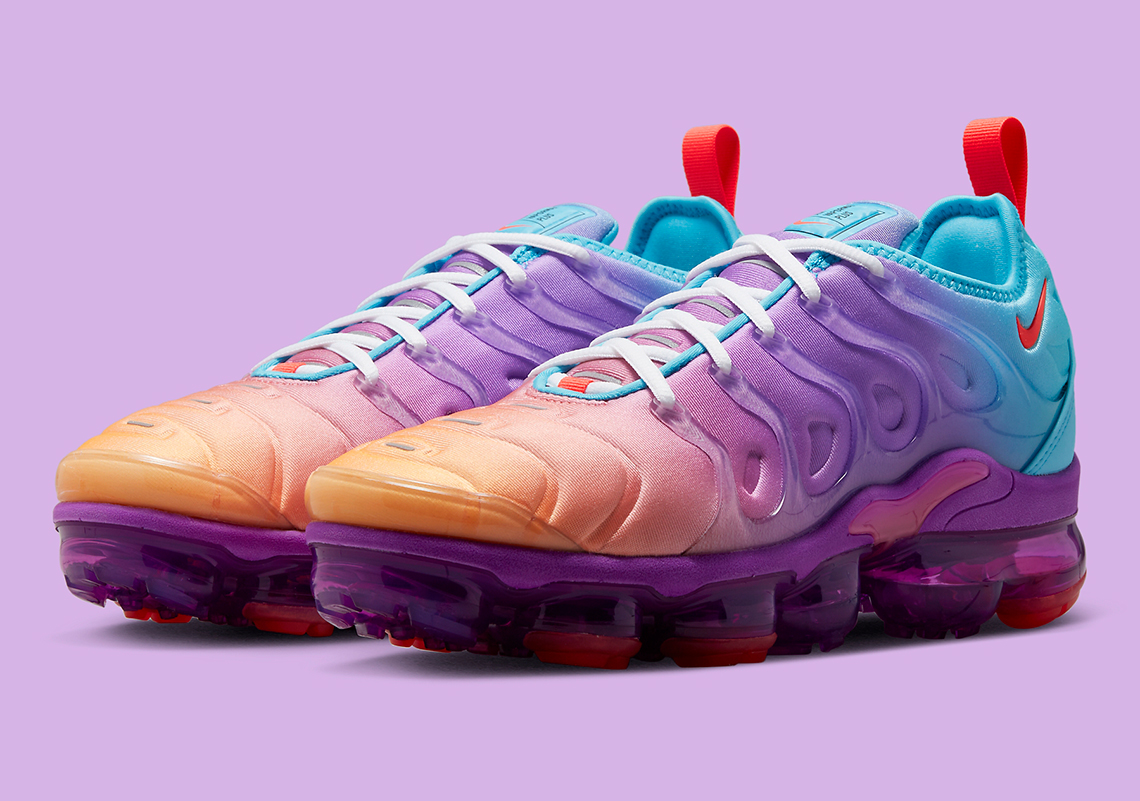 Reigning as one of The Swooshes best selling model’s year after year, the Nike VaporMax Plus continues to receive a constant stream of slightly disparate propositions. None, however, have been as boisterous in its choice of the color palette than the latest offering that extends a cotton-candy aesthetic.

Save its crisp white laces, the entirety of the model renders a collection of vibrant – near neon – shades, extending a peach, purple and baby blue gradient across its neoprene upper and tongue construction. Fully transparent TPU caging sits atop the midfoot while the leather heel counter dressed in the titular light blue begins the inclusions of clad embellishments alongside scarlet swooshes and pull tabs. Underfoot, the previously established violet scheme resumes along the silhouette’s midsole and full-length VaporMax cushioning system whereas seldom red/orange hues emanate from the tread in conclusion.

While no release date information has been shared just yet, enjoy official images of the Nike VaporMax Plus “Cotton Candy” below in the meantime.

In other news from the Beaverton-based brand, official imagery of the Nike Kyrie 8 “White/University Red” has just surfaced. 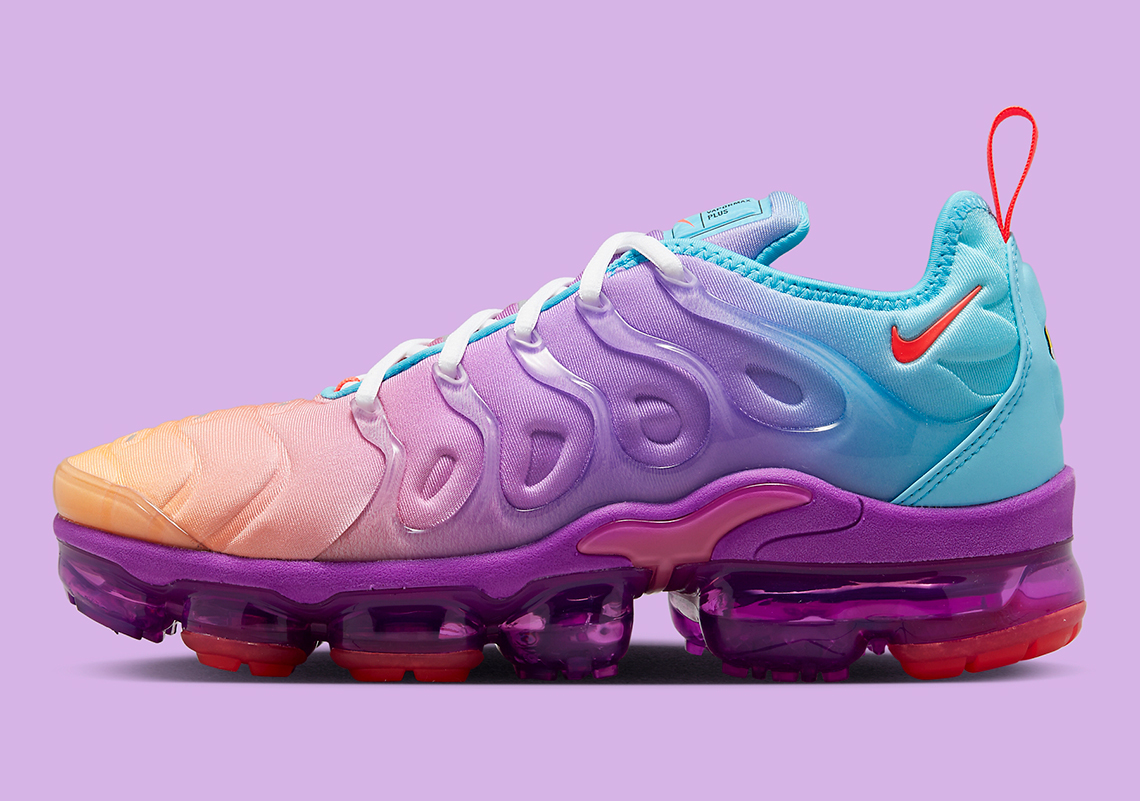 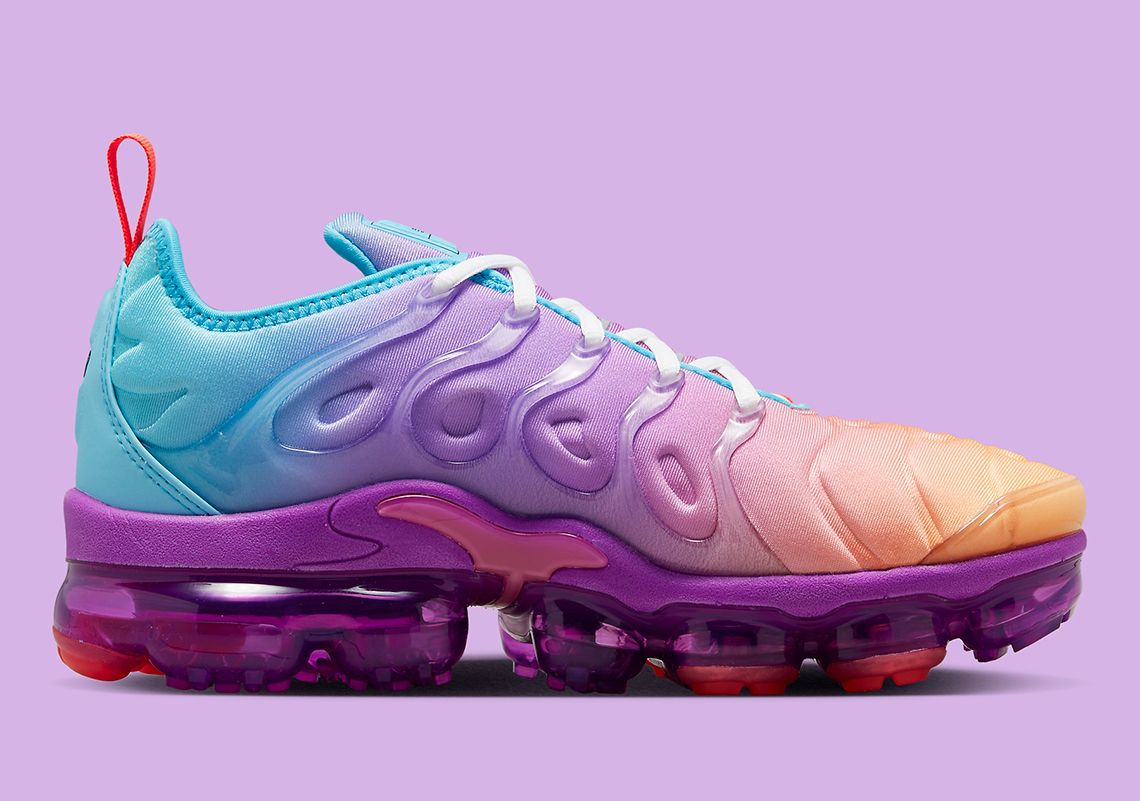 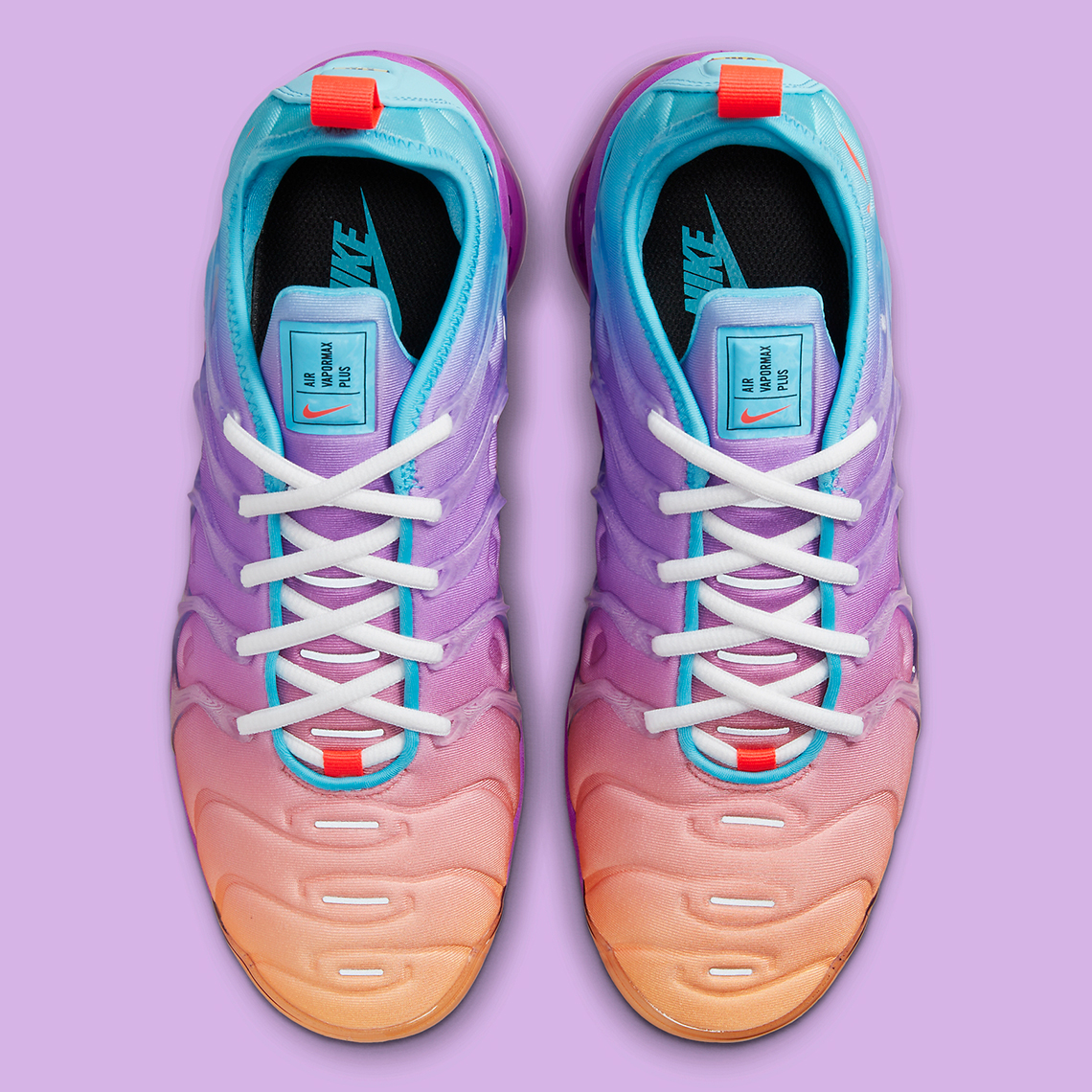 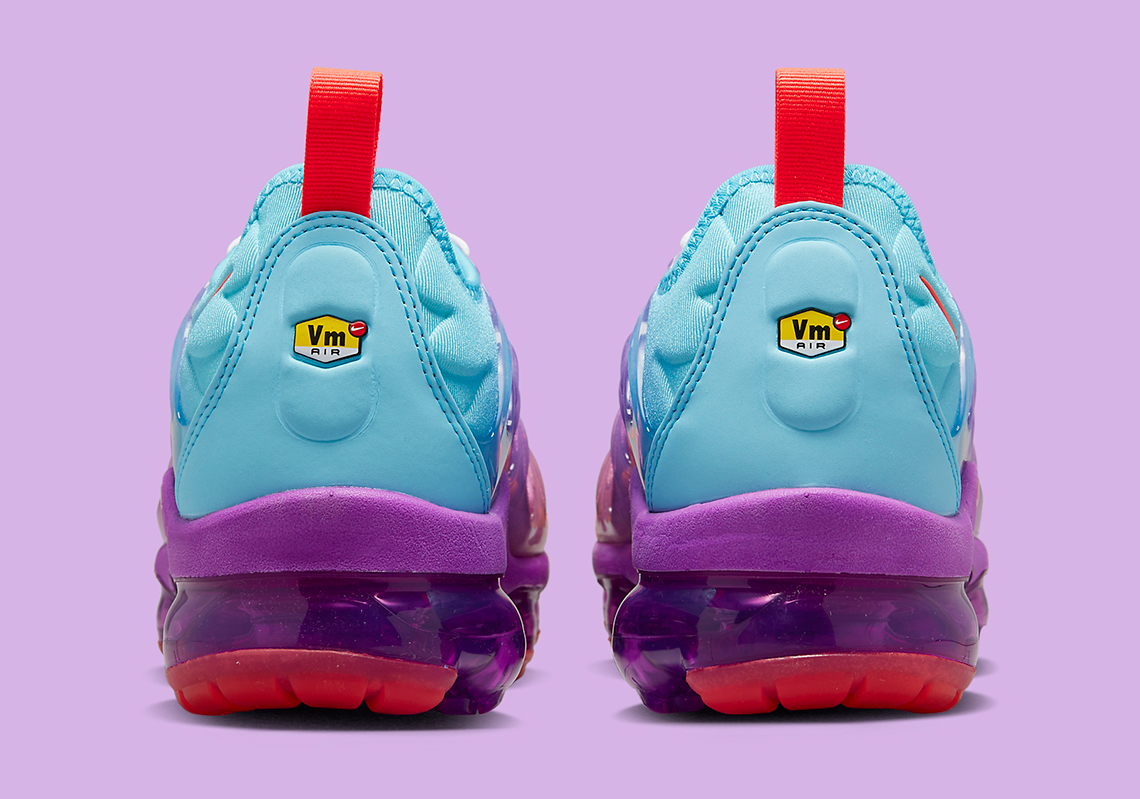 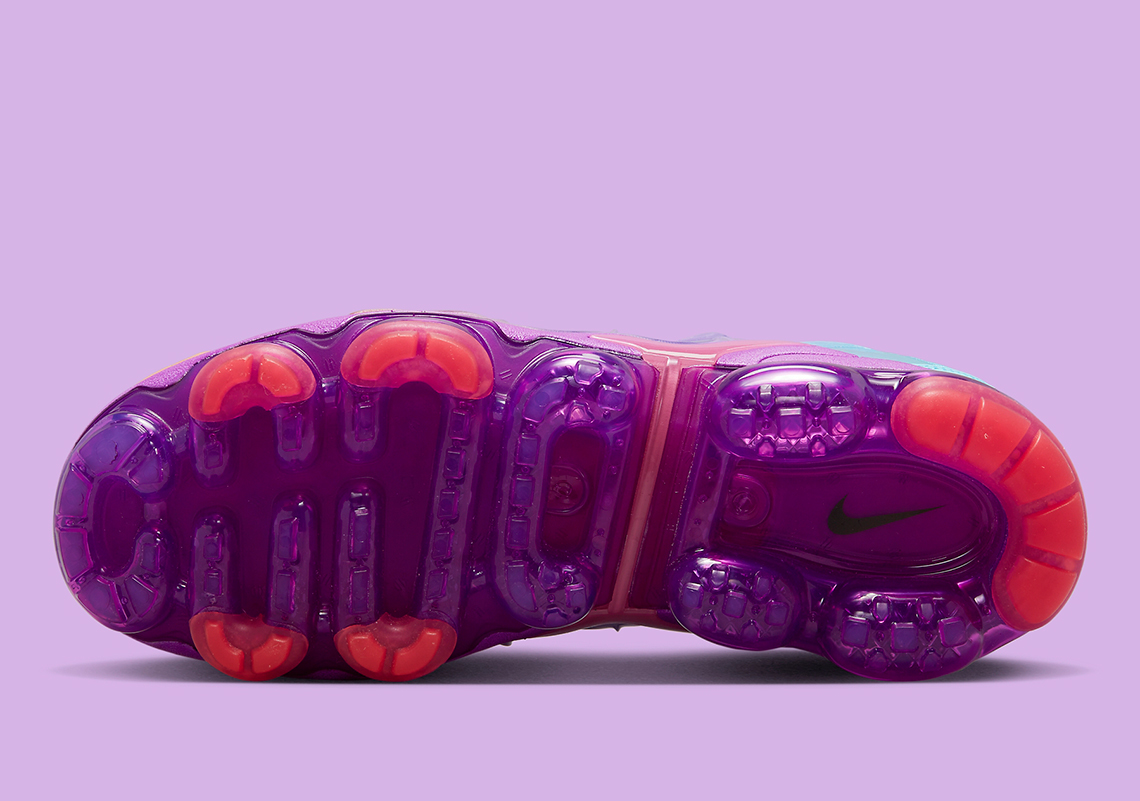 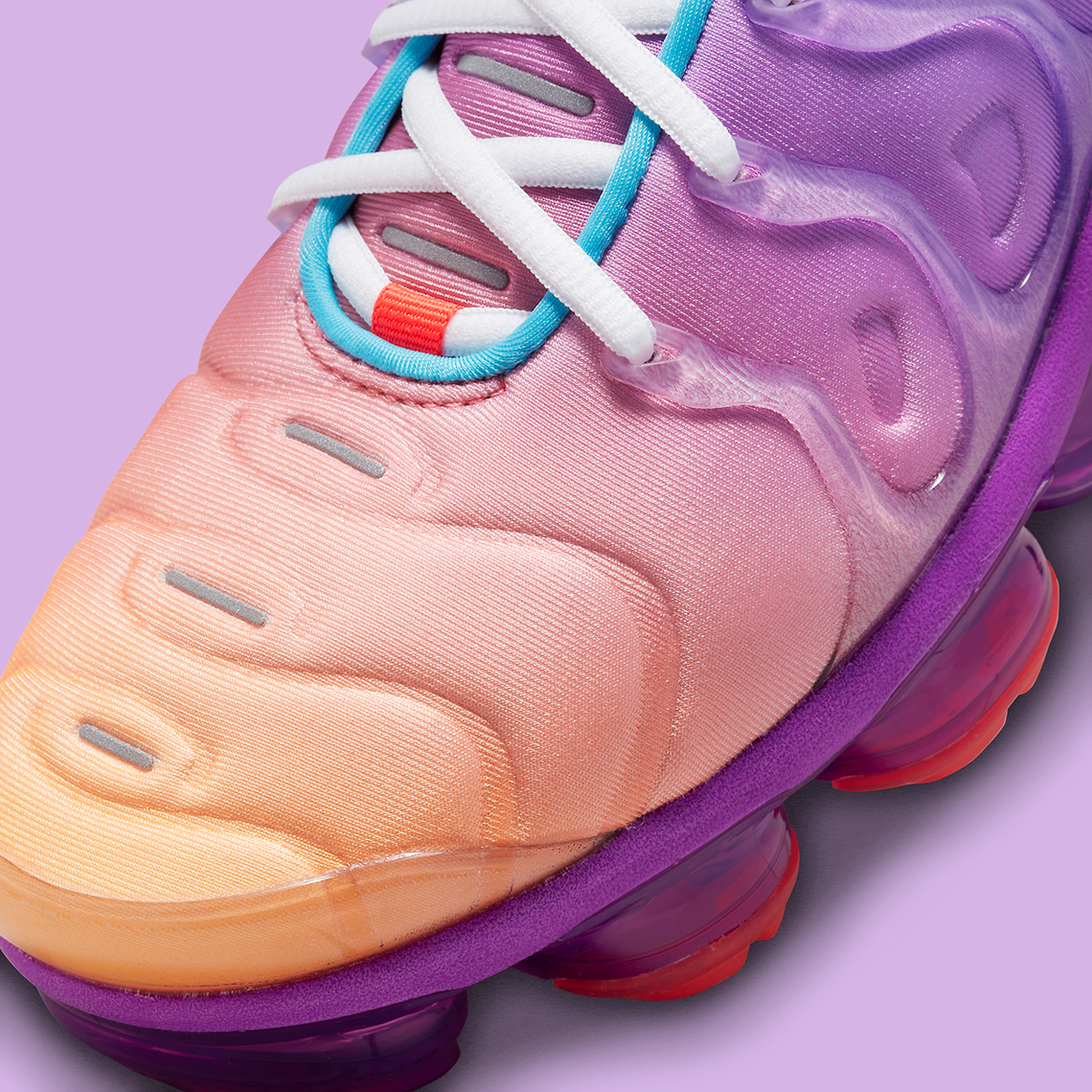 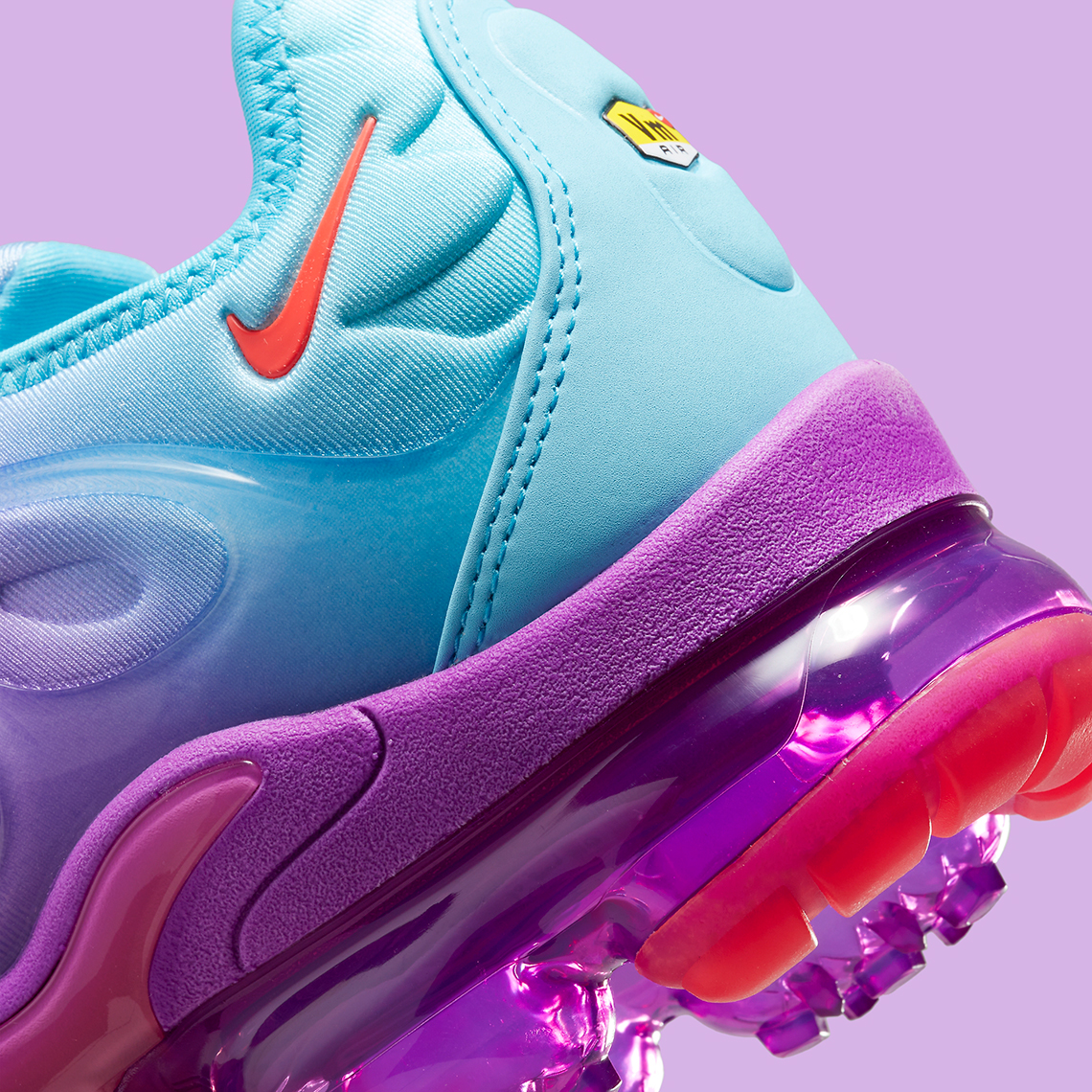