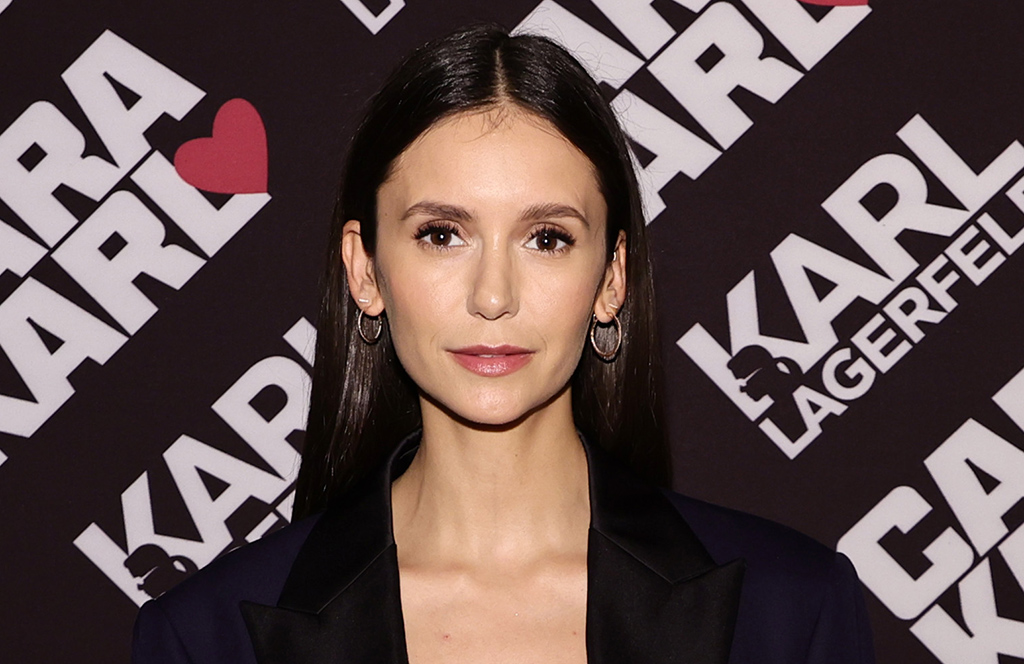 Dobrev wore a two piece suit with squared-off shoulders and loose fitting trousers. The set began with an oversized blazer, which Dobrev wore over a lacy black bra. Fitted with long sleeves that the actress cuffed to show off the shiny black lining. The blazer was buttoned in the front and accompanied by deep pockets.

The 33-year-old accessorized her suit with silver hoops, bracelets, and a chunky watch that further amplified the laddish look.

New York Fashion Week celebrates the top American brands and designers in the fashion industry throughout New York City. The occasion has featured numerous fashion shows and presentations for the Spring 2023 season from a range of luxury brands, including Tom Ford, Carolina Herrera, LaQuan Smith and Tory Burch. This season also features an array of emerging, returning and established European designers, including Tommy Hilfiger, Marni, Fendi and COS.

PHOTOS: See some of Nina Dobrev’s most fashionable outfits over the years.