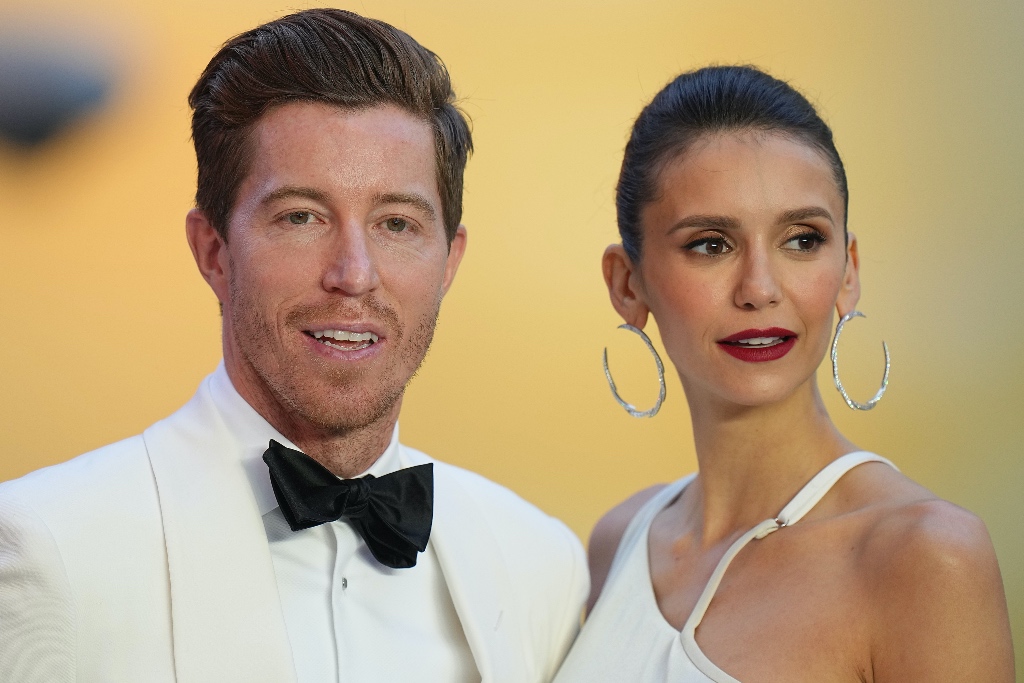 Nina Dobrev and Shaun White took a trip to Hawkins for the spooky season.

The couple shared their coordinated costumes for Halloween today. They dressed as characters from Netflix’s “Stranger Things,” with Dobrev going as Venca and White going as Max. They even recreated the infamous scene in season 4, which came out this summer, when Vecna attempted to possess Max while she listened to Kate Bush’s “Running Up That Hill.”

For her costume, Dobrev wore a flesh onesie and a Vecna mask that covered her entire head and shoulders. She added black combat boots in one photo. White wore a light blue windbreaker with yellow and white accents. He added light-wash jeans and a white tee under his jacket. The retired Olympian added maroon Vans sneakers and a red wig that he tied back into a low ponytail.

This isn’t the first time that the couple has gone with a pop culture-inspired costume for Halloween. Last year, they dressed as characters from “The Queen’s Gambit,” with Dobrev dressing as Benny Watts and White going as Beth Harmon.

When it comes to her non-costume style, Dobrev’s footwear style skews modern and slick. Aside from her beloved pointed-toe pumps, the “Flatliners” actress can be seen in strappy sandals by brands such as Charlotte Olympia, Stuart Weitzman and Marchesa. When off-duty, she dresses down a bit in ankle and knee-high boots by Dr. Martens, Dolce Vita and Tommy Hilfiger. Dobrev’s casual looks often include white sneakers by Converse and Vans, as well as athletic pairs by Reebok, New Balance and Under Armour.

PHOTOS: Discover celebrities celebrating Halloween this year in the gallery.