‘The performance was not good. The game plan was not good. The decisions were not good’: Nuno Espirito Santo hints at directing home truths at Tottenham players following capitulation in North London derby defeat by Arsenal

Nuno Espirito Santo appeared to take a swipe at his players following their crushing loss to Arsenal despite trying to shoulder the blame for his team’s weak defeat.

The Spurs boss claimed he picked the wrong starting XI in Sunday’s North London Derby after watching his side lurch further towards crisis point courtesy of a 3-1 loss – the club’s third successive Premier League defeat.

Nuno, who substituted off Dele Alli and Japhet Tanganga at half-time, was at pains not to openly criticise his players after – but did suggest he would direct some home truths to his under-performing stars following this painful loss. 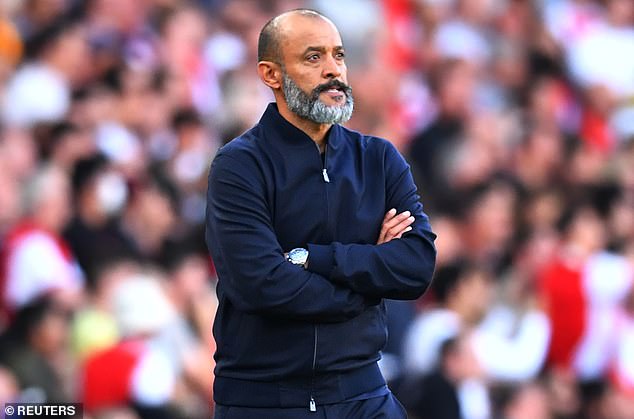 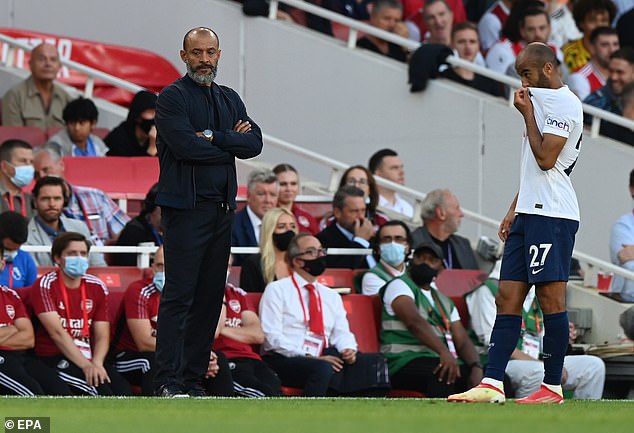 However, his post-match comments could easily be construed as a dig at the players that featured at the Emirates – though the Tottenham boss tried to deflect responsibility onto himself.

‘A lot of things went wrong, starting with the decision that I made. I will not judge my players in front of you, I refuse to do that.

‘I decided bad, I didn’t take the right decisions I won’t go further that that – whatever I have to say I will say it directly to the players.

‘I’m going to be honest with you, when you have a game plan you have to make the right decisions in terms of who you want to put on the pitch to develop the plan, the decisions were not according to the game plan. 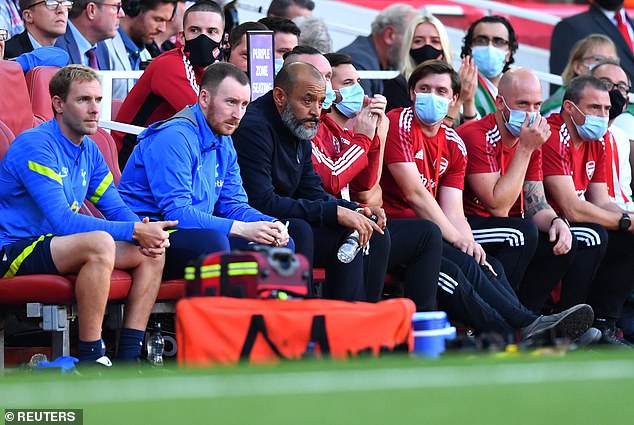 ‘I’m not going to individually tell what decisions I didn’t do right but the game plan was not according to the players on the pitch.’

When asked whether the players didn’t carry out his instructions, Nuno added: ‘That’s another issue. I will not say that they are not doing what I’m telling them to do, they were not able to do it. Credit to the opponent, because they were better than us.

‘We are disappointed, it was s special game for all of us. We didn’t achieve the standard our fans deserve.’

In contrast, Mikel Arteta enjoyed one of his best days as Arsenal manager as the Gunners continued to improve following a poor start to the season.

However, there are growing concerns over a serious looking knee injury sustained by Granit Xhaka following an accidental collision with Lucas Moura.

Arteta added: ‘It’s not about winning but the way we’ve done it, against a top team with top players – in the most special day of the season when we play our rivals. 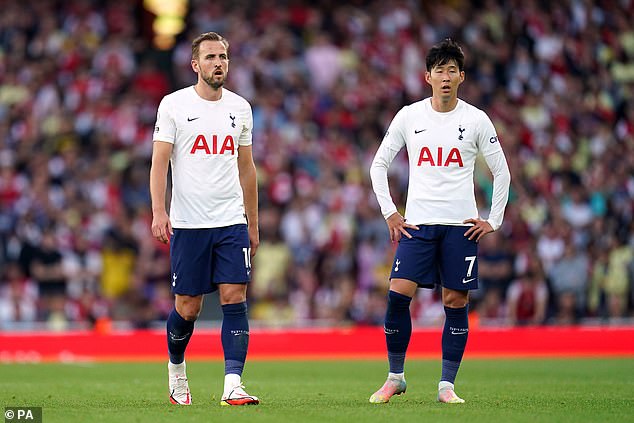 ‘Today is one example of what we’re trying to do. Now we have to be consistent, do it every game and do it better.

‘This win is for the fans, they’ve been incredible in tough moments when we needed their support, and it doesn’t get much better than the atmosphere we saw today.

‘We started really strong, really convincingly, determined. It’s probably one of the best games I’ve seen us play for that first half. In the second half we had to do what we had to do.’

Interplay Between Magnetic Force and Gravity in Massive Star Formation

For First Time, World Series Begins With a Leadoff Homer

Bill Gates: ‘But Epstein Is Dead!’