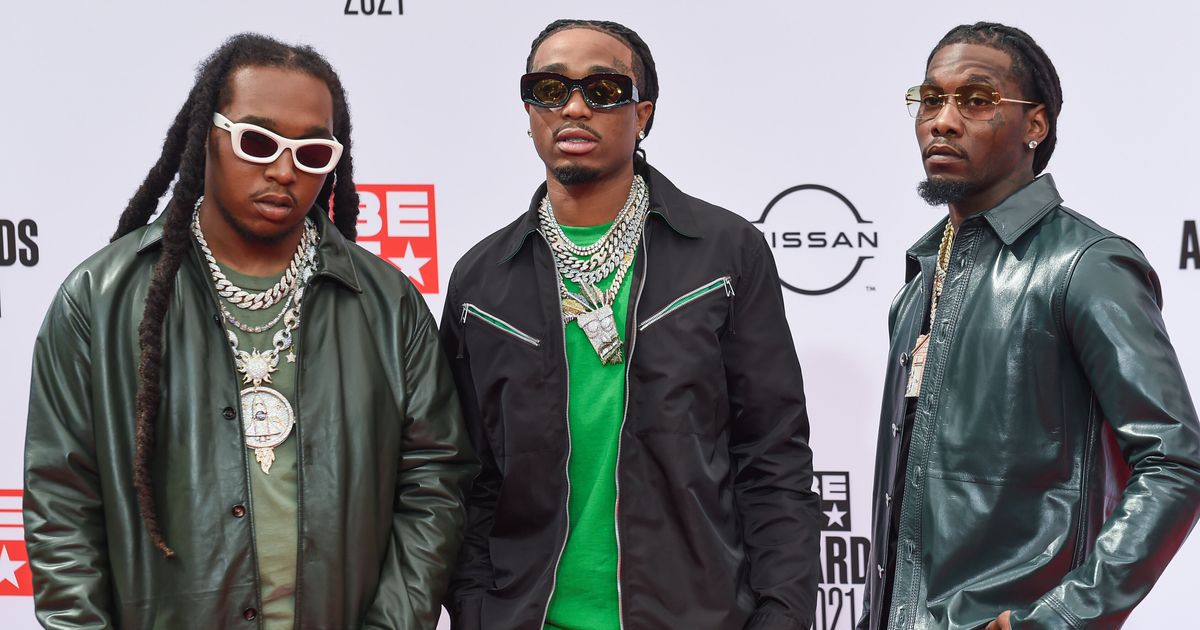 Rapper Offset has continued publicly mourning Migos bandmate Takeoff, who was fatally shot outside a bowling alley in Houston, Texas, on Nov. 1.

“In a dark place,” Offset tweeted on Thursday, in an apparent reference to Takeoff’s death.

Takeoff, whose real name was Kirsnick Khari Ball, formed the group Migos with his cousin Offset and uncle Quavo over a decade ago.

Quavo and Offset have paid tribute to Takeoff on social media on several occasions since the 28-year-old rapper’s death.

Last week, Offset tweeted an illustration of Takeoff, writing in the post’s caption: “I miss you bra tryna push through the pain.” He also shared a letter dedicated to Takeoff on Instagram last month, writing, “The pain you have left me with is unbearable.”

A “Celebration of Life” ceremony was held in honor of Takeoff in Atlanta, Georgia, on Nov. 11.

Among those who attended the ceremony was Cardi B, who’s married to Offset. She opened up about the difficult time she and her husband have had grieving Takeoff in a since-deleted voice note posted on Twitter last month, according to People.

“We living our life normally, but deep down inside, our hearts have been so heavy,“ Cardi B said, later adding that she felt “hopeless” trying to make Offset happy or “crack a smile.”

Last week, police arrested Patrick Xavier Clark, 33, on a murder charge in the fatal shooting of Takeoff, who they said was an “innocent bystander” to the gunfire, the Associated Press reported.