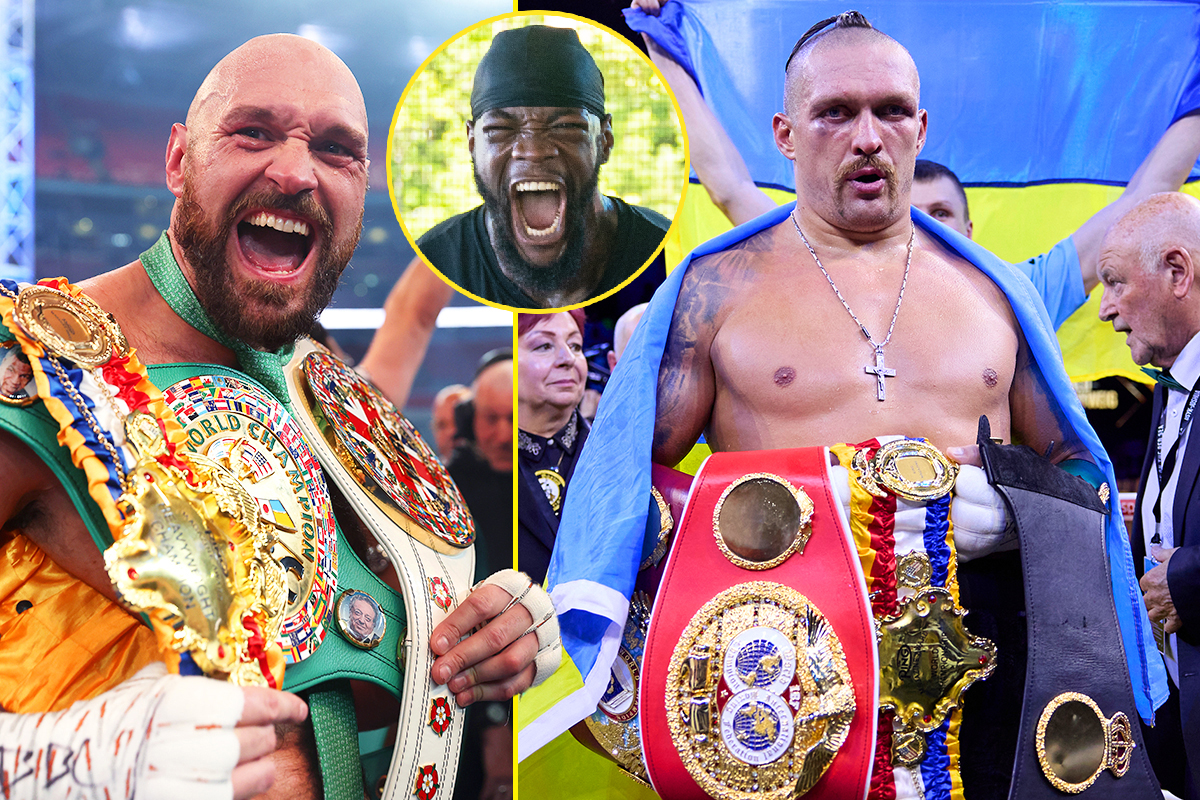 There will be no easy touches in the near future for Oleksandr Usyk, as he is targeting either Tyson Fury or Deontay Wilder next.

Usyk is coming off the back of two terrific victories over Anthony Joshua, that saw him win and then defend the unified WBA, WBO and IBF heavyweight world titles.

Often in boxing, champions will then defend their titles against a few lesser opponents, so as not to risk losing their belts immediately, but not Usyk.

The Ukrainian wants to go straight into an undisputed clash with WBC champion, Tyson Fury, early next year.

“Hopefully everything is going to line up [with the Fury fight] and we will see,” Usyk’s manager, Egis Klimas, told talkSPORT.

“I’m hearing [Fury] wants to fight on December 3, which we don’t have a big problem with.

“But, on the other side, it’s boxing and things happen, breaking hands, breaking legs and stuff like that, so it’s hard to predict, but fingers crossed we are going to be ready.

“From our side, we are going to be ready 100 per cent, so if the fight does not happen, don’t blame our team.”

Klimas also revealed the potential location for the bout, as he said, “As far as a place, of course we are talking about Saudi Arabia, because that’s where the last fight went.

“I believe it went very smooth and it was very well organised and we are willing to go back there.”

Boxing is an unpredictable sport, however, and so it is important for fighters to have contingency plans, and in Usyk’s case, Klimas had said that if he can’t get Fury next, then he wants to fight former WBC champion Deontay Wilder.

“It is a very possible fight,” Klimas said, “and actually, [Usyk] called and said, ‘if Fury’s not available and we cannot fight Fury, I would like to fight Deontay Wilder’.

“So, I asked him why and he said, ‘because he’s a risky fighter and I like that’.”