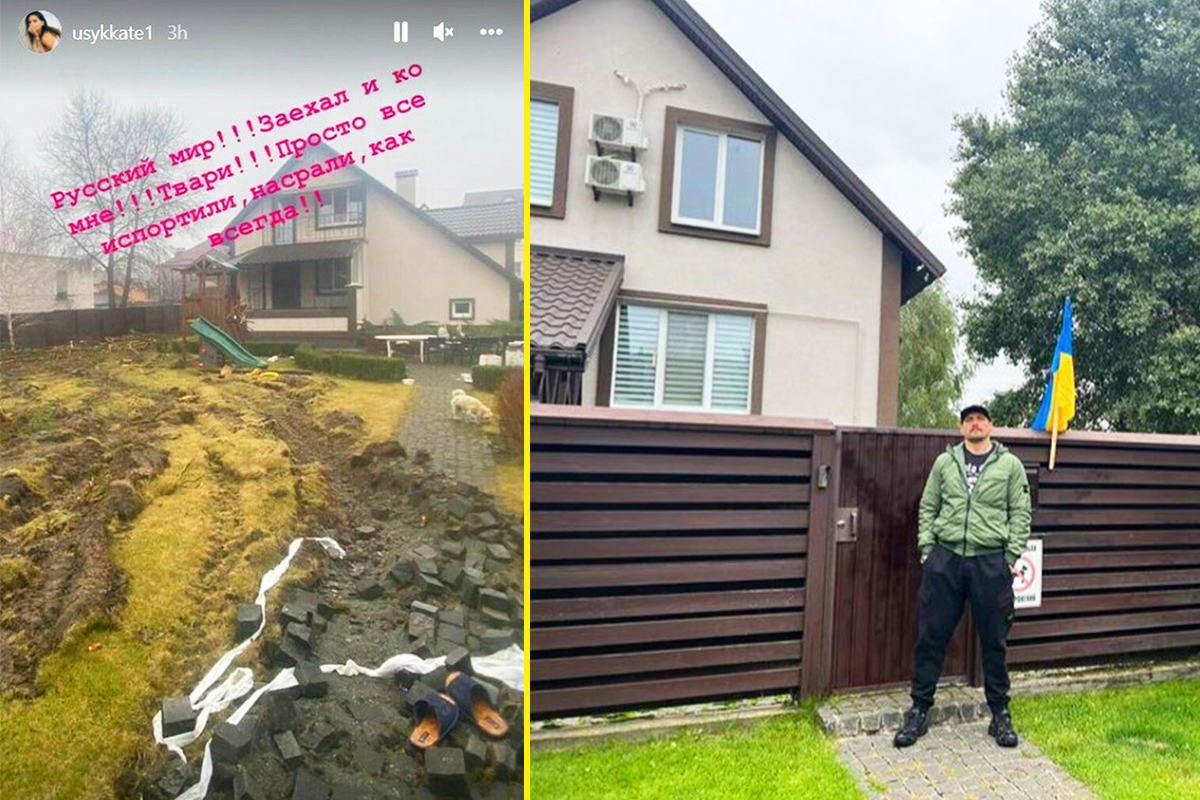 Oleksandr Usyk has now returned to his house in Vorzel, Ukraine that was occupied by invading Russian soldiers not long ago.

For the past several months, the WBA, IBF and WBO heavyweight world champion has been out of the country, preparing for his rematch victory over Britain’s Anthony Joshua.

At one stage, after the invasion began in February, it was unclear if Usyk would take the fight.

He returned home and joined his local territorial defence force in Kyiv.

His town of Vorzel is on the outskirts of Kyiv.

Ultimately, in March, Usyk was encouraged to leave and train for the AJ fight, which he won last month.

During this time, his house was at one stage occupied by Russian soldiers.

It’s reported that they used the place as a base for a short while, before trashing it and leaving.

Oleksandr’s wife Kate Usyk posted pictures sent to her by their old neighbours on her Instagram.

The Russians had sprayed the letters ‘V’ and ‘Z’ on the fence at the front of the house – the letters with which the Russian army marks its equipment.

Now, Usyk has travelled back to Vorzel and raised the Ukraine flag on his front fence.

He posted a picture of himself stood outside the entrance with the ‘V’ and ‘Z’ still subtly visible behind him, despite now having been painted over.

Usyk’s post comes after news in recent days of significant wins for Ukrainian forces in pushing back the invaders and reclaiming occupied territory.