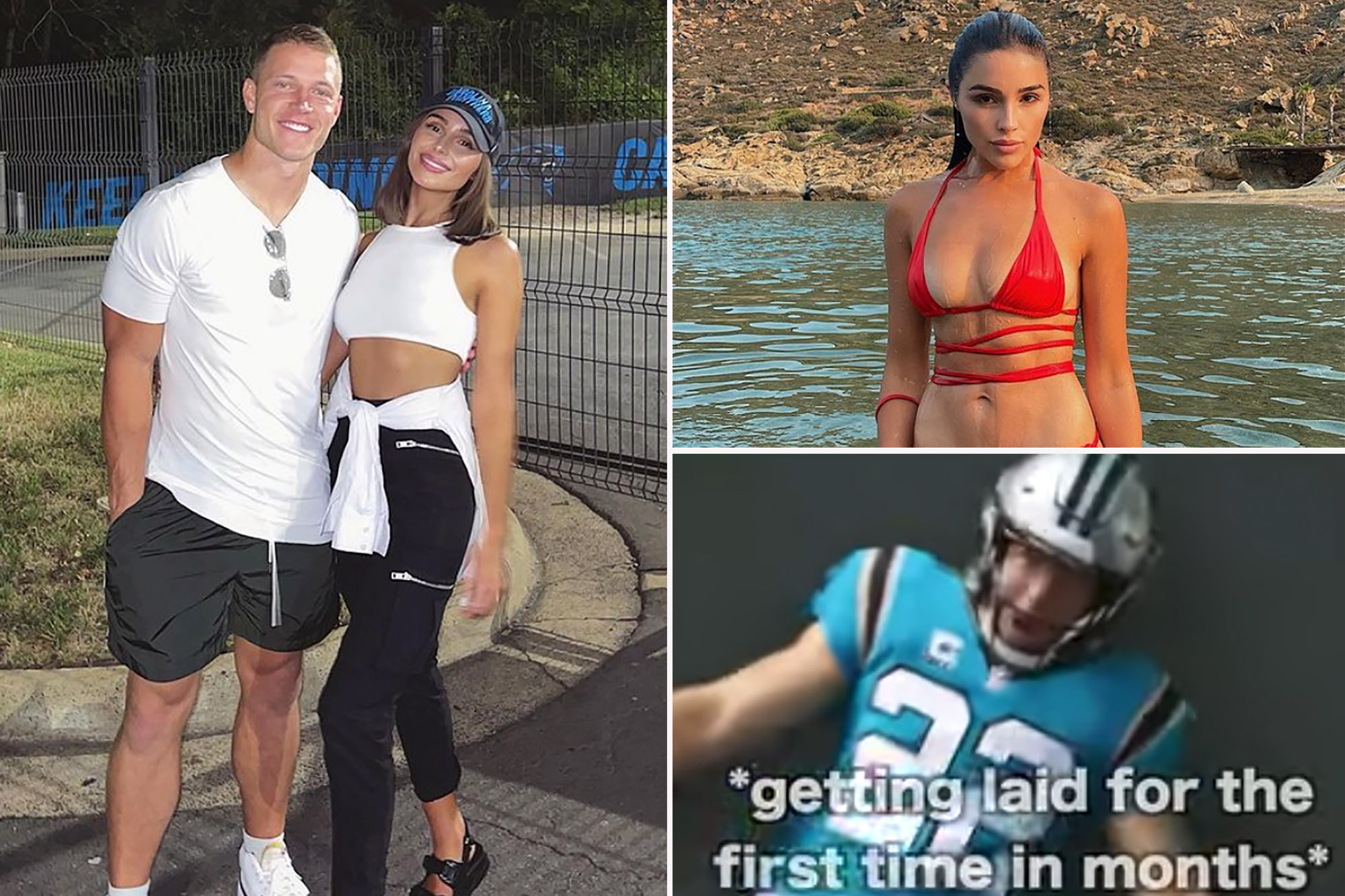 Christian McCaffrey is having sex and Oliva Culpo doesn’t care who knows it.

Hours ahead of the Panthers Thursday night game against the Texans, the 29-year-old model and influencer reposted a parody video of the Panthers running back to her Instagram Story.

A parody Instagram account posted an edited video of McCaffrey flipping into the end zone with the added text “first time getting laid in months.”

It starts with McCaffrey laying in the end zone breathlessly exclaiming “wow you gotta see the stats on that one.” Then the video rewinds to show all of the “factors” that could’ve stopped him from scoring.

The parody video, posted by @fridaybeers, lists “getting catfished,” “$0 in my account,” “potential catfish” and “small d–k” as challenges McCaffrey jokingly managed to avoid.

The only factor we can definitively debunk is the lack of funds in McCaffrey’s bank account. He became the highest paid running back in NFL history, thanks to a $63 million contract extension signed in April 2020.

The original video is a 2020 commercial for Next Gen Stats from Amazon, with McCaffrey breaking down his front-flip land determining he had just a 14% chance of scoring the touchdown.

Culpo doesn’t give any details on how recently the 25-year-old scored with her, but does add the caption: “I really hope I don’t get in trouble for putting this here but I’m laughing so hard rn.”

The next addition to her story is a photo of McCaffrey with the caption “hot boyfriend appreciation story.”

The former Miss Universe was in attendance for the Panthers’ Week 1 win over the Jets, along with her sister Sophia, who is dating Jets receiver Braxton Berrios. The duo posted a series of videos detailing a mock sibling rivalry.

Spending Time Outside and Getting Quality Sleep

‘We don’t need to buy more stuff’: the people who kit out…

Check out Tom Holland as Nathan Drake in the first Uncharted…

How Iran Is Leveling the Drone Battlefield

Billions in Environmental Justice Funds Hang in the Balance…