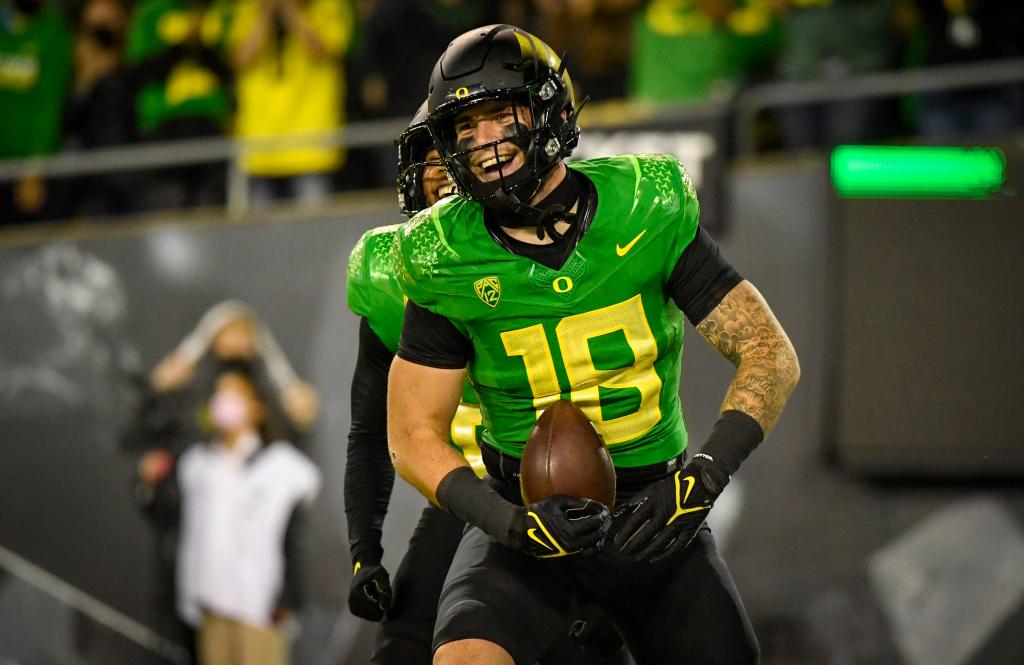 The University of Oregon football team honored Spencer Webb Saturday during its Week 1 matchup against the Georgia Bulldogs by wearing a special decal with Webb’s No. 4 on the back of their helmets.

Webb, 22, died in July after falling while climbing a cliff near Eugene, Oregon.

Webb, a tight end, was preparing for his fourth season as a member of the Oregon football team.

“I think we want to honor his memory by being great at the way that we approach our work, and we ask ourselves, ‘Is that reflective of what this unit should look like on film?’” tight ends coach Drew Mehringer said, according to Oregon Live.

“Don’t miss on the opportunities that you have. They’re not here for forever — right, wrong or indifferent. We talk about it. I think guys like Cam (McCormick) have done a really, really good job of keeping that in its rightful place. This has been a growing thing for us as we’ve gone through it, but I think our unit together, we’ve all supported each other.”

Webb wore the No. 18 during his first three years at Oregon but switched to No. 4 for the 2022 college football season.

“He was like my little brother, and I’m hoping I can get the opportunity to wear that No. 18 for him,” Oregon tight end Cam McCormick said. “I know a lot of people now know he was switching to (No.) 4 for this season, but my entire career here I’ve known Spence as 18. So I would love to honor Spence and wear 18 with his name on the back for the first game being back for myself and for him too.”

“We created an angel before heaven gained one,” Kay wrote in the caption. “All you ever wanted was to be a father … I know you’ll be the best one from up above. Can’t believe I have to do it without you but knowing I’ll have a piece of you keeps me going. I can’t wait to meet the person that’s half you, half me. I love you forever, both of you.”