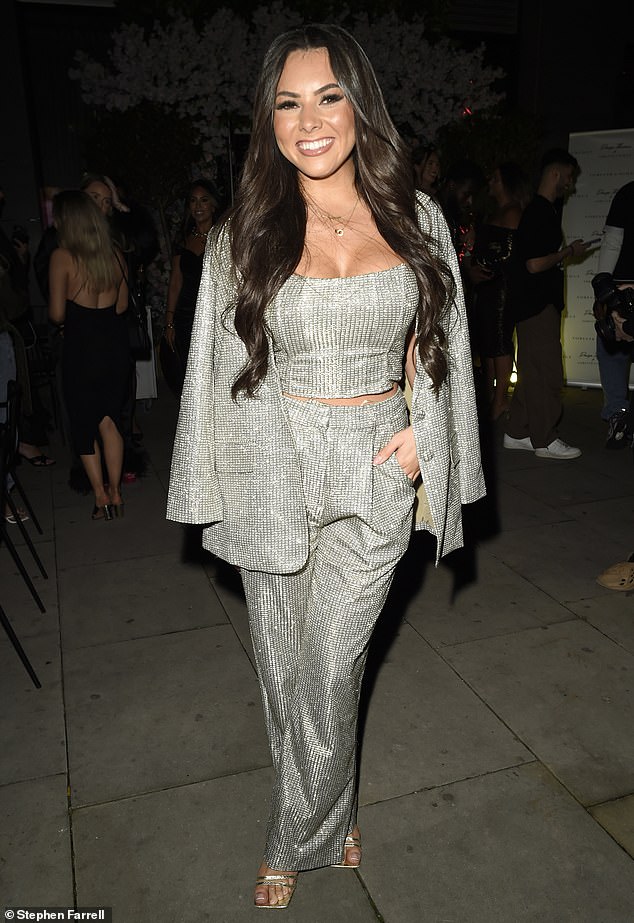 Paige Thorne put on a busty display as she posed up a storm at her star-studded Forever Unique launch party on Wednesday night at Menagerie in Manchester.

The Love Islander star, 25, looked effortlessly stylish in a plunging silver co-ord for the event to celebrate her debut collection with the fashion brand.

She had her gorgeous curves on display in the corset-style crop top, wide leg trousers and matching blazer while beaming away.

Stunning: Paige Thorne put on a busty display as she posed up a storm at her star-studded Forever Unique launch party on Wednesday night at Menagerie in Manchester

Welsh paramedic Paige boosted her height with silver heels and accessorised with a simple pendant necklace.

The brunette beauty wore her long glossy tresses in loose waves over her shoulders and opted for a glamorous makeup look.

The launch event was attended by the likes of Love Island’s Laura Anderson, Faye Brookes, Charlotte Dawson and Antigoni Buxton. 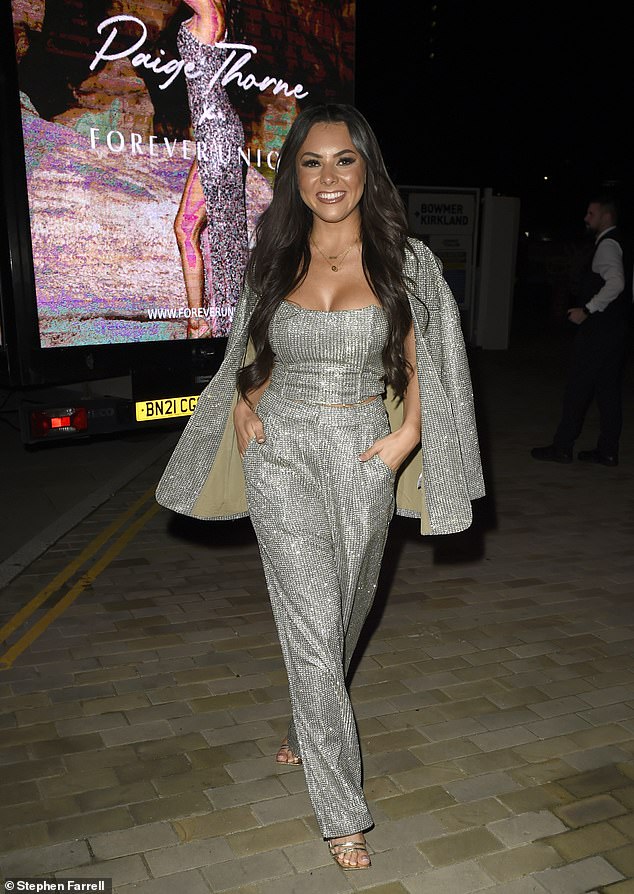 Pose: The Love Islander star, 25, looked effortlessly stylish in a plunging silver co-ord for the event to celebrate her debut collection with the fashion brand

Inspired by Paige’s premium and girly aesthetic, the new party-wear edit showcases high-fashion, feminine shapes designed to elevate customers’ looks, with attention to detail being at the core.

The exclusive new campaign was shot in the stunning eternal city of Rome, boasting panoramic views and iconic backdrops. 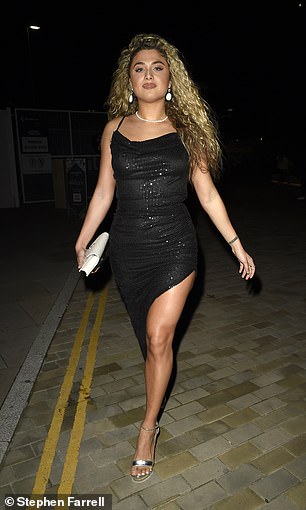 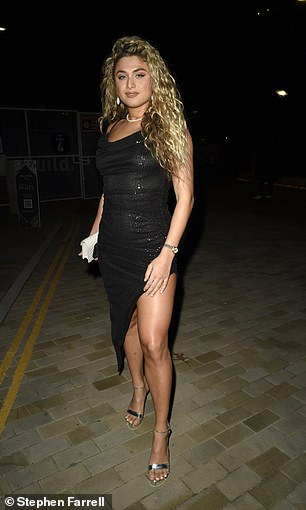 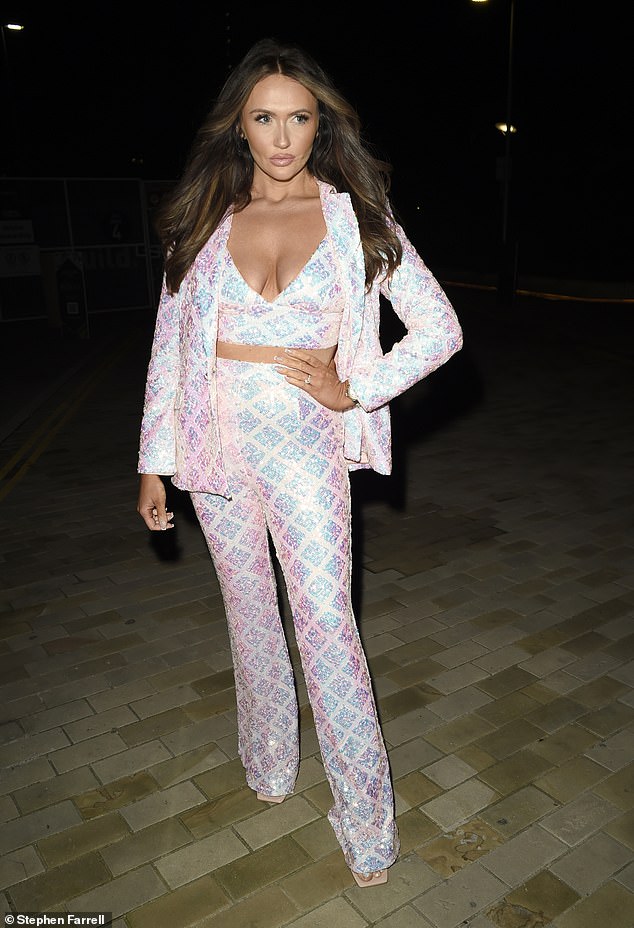 Posing up a storm: Charlotte Dawson looked sensational in a busty co-ord for the star-studded event 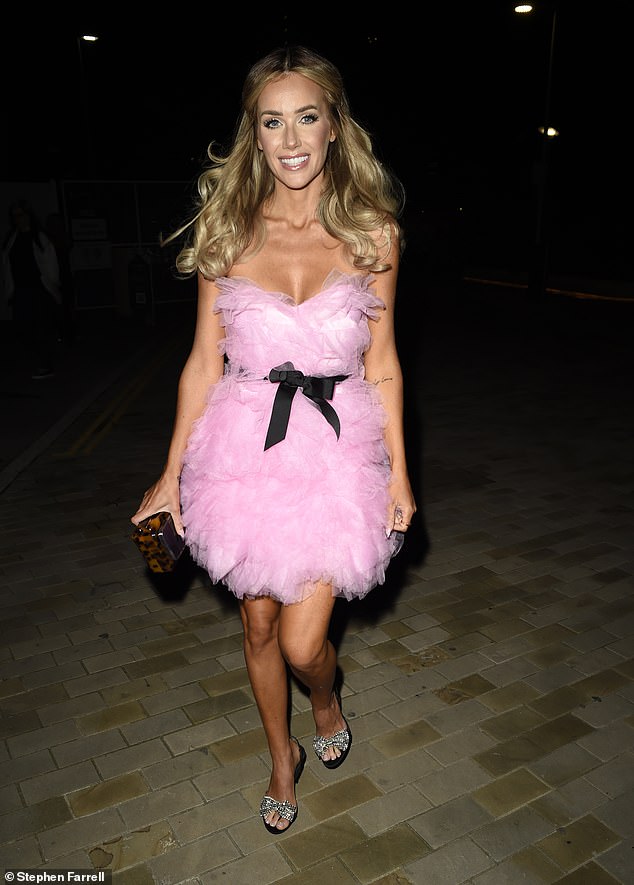 Paige said: ‘I’m so excited that my collection is finally available to shop! I am obsessed with every piece and I love that it brings out my more confident and bolder side.

‘It feels totally unique and premium and there’s a piece for every shape and every woman’.

MailOnline exclusively revealed how Paige had signed a six-figure-deal with Forever Unique back in August.

The Welsh paramedic said at the time: ‘This is a real pinch me moment, I can’t believe I have my very own collection with a brand I’ve loved for years!’

The Love Island finalist split from her co-star, 26, earlier this month after videos emerged of Adam with other women.

Despite the couple trying to make the ‘long distance thing’ work, they were not meant to be after Adam was spotted with a woman in McDonald’s after a night out. 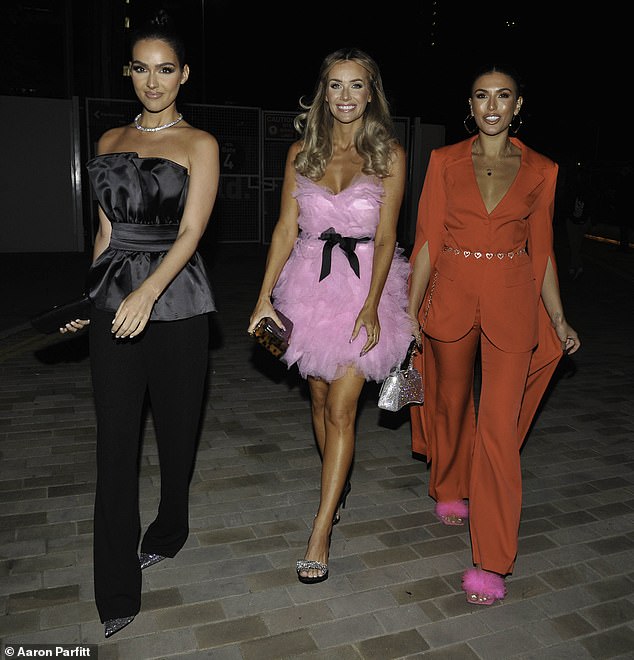 Shortly after the initial incident, he was pictured cosying up to another girl while partying in Ibiza and then headed to Bali, where he stopped responding to Paige entirely.

The former paramedic told Cosmopolitan that she knew their relationship was over after the personal trainer ‘literally ghosted me’.

She said: ‘He wasn’t texting me back. He would leave me on read for the entire day. My own boyfriend literally ghosted me.

‘From then, I was just like, “We’re done. This is beyond a joke now”. He replied, “I didn’t want it to go this way, but at least we both know where we stand”.’

Paige went on to say the couple ‘were making the long distance thing work pretty well’ despite the rumours.

She explained how they were ‘making the time’ and ‘taking turns visiting each other’ so ‘there were no problems’.

Paige, who became official with Adam after leaving the Love Island villa, told the publication that ‘he was telling me nothing happened’ and to ‘get over it’.

The reality star continued: ‘Why would I believe everything everyone says when he was treating me a certain way? I thought, “We can overlook this. We can get through this. Nobody else will have to find out about the video. I still want to be with you”.’ 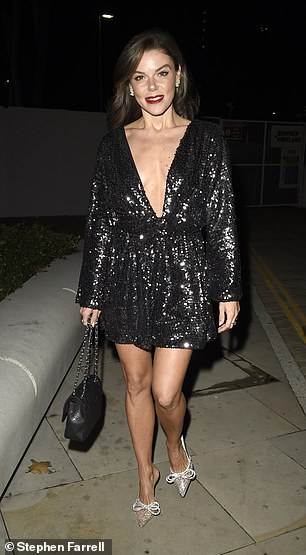 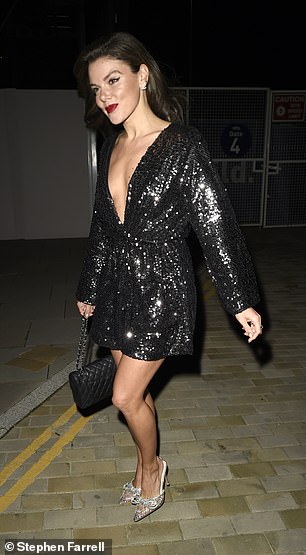 Leggy: Faye Brookes wowed in a short glitzy black dress as she arrived and toted a leather handbag

Following the clip of Adam in McDonald’s with his arms wrapped around another women fuelled speculation he had cheated, things blew up for the couple.

Paige has since removed all traces of Adam from her social media account and has unfollowed him.

Adam later confirmed he and Paige are no longer together, telling The Sun: ‘We’re not together. Things happen. But I mean she is a great girl.’ 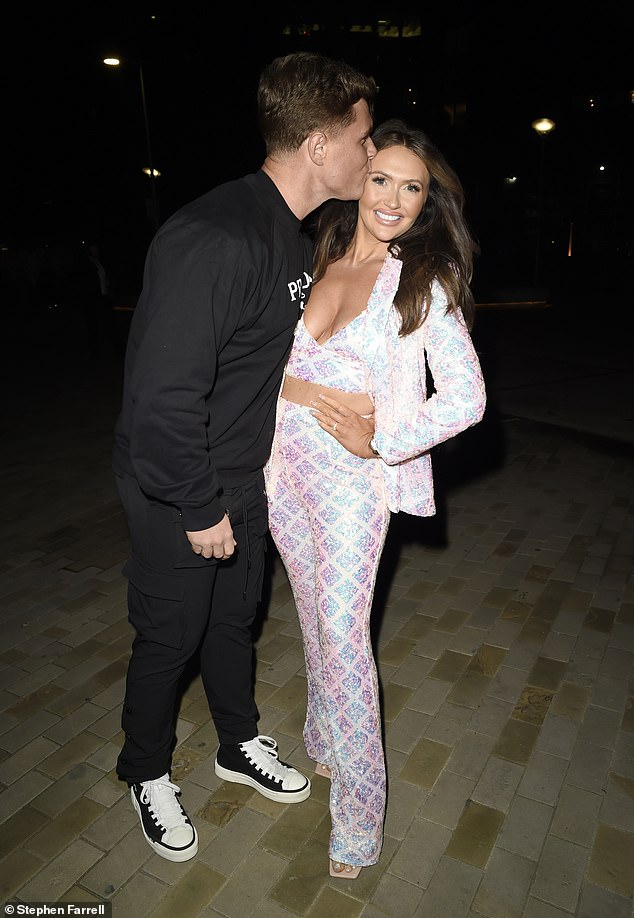 Loved-up: Charlotte and her beau Matt Sarsfield enjoyed a cheeky kiss before heading inside the venue