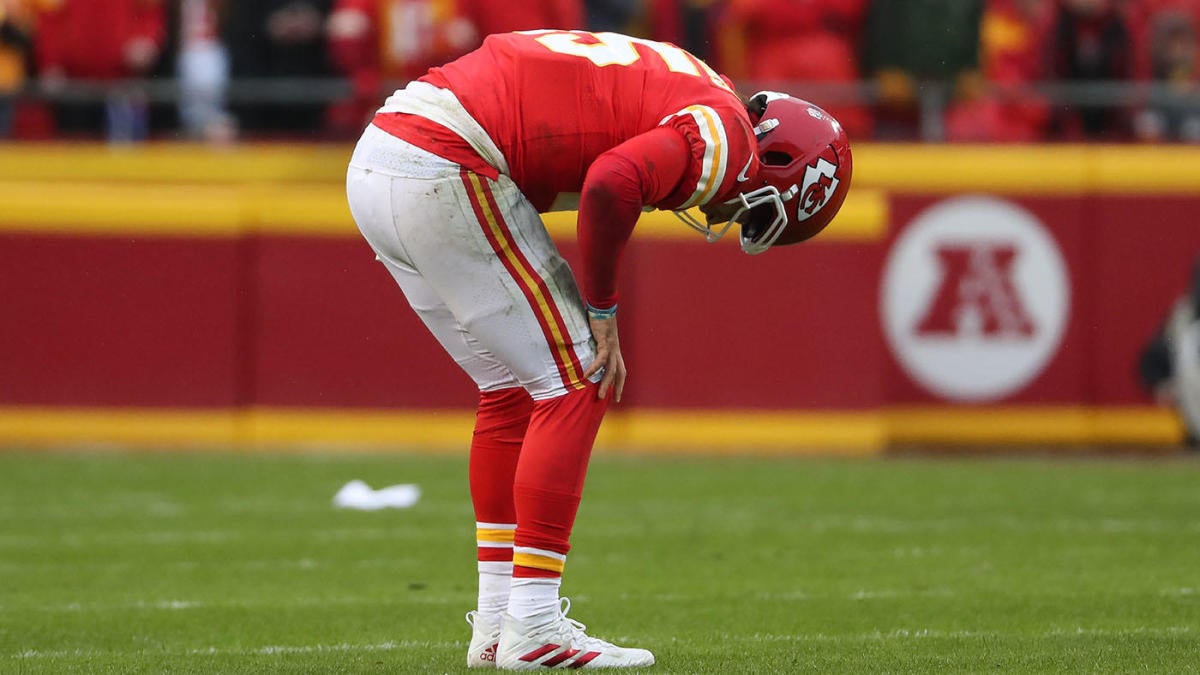 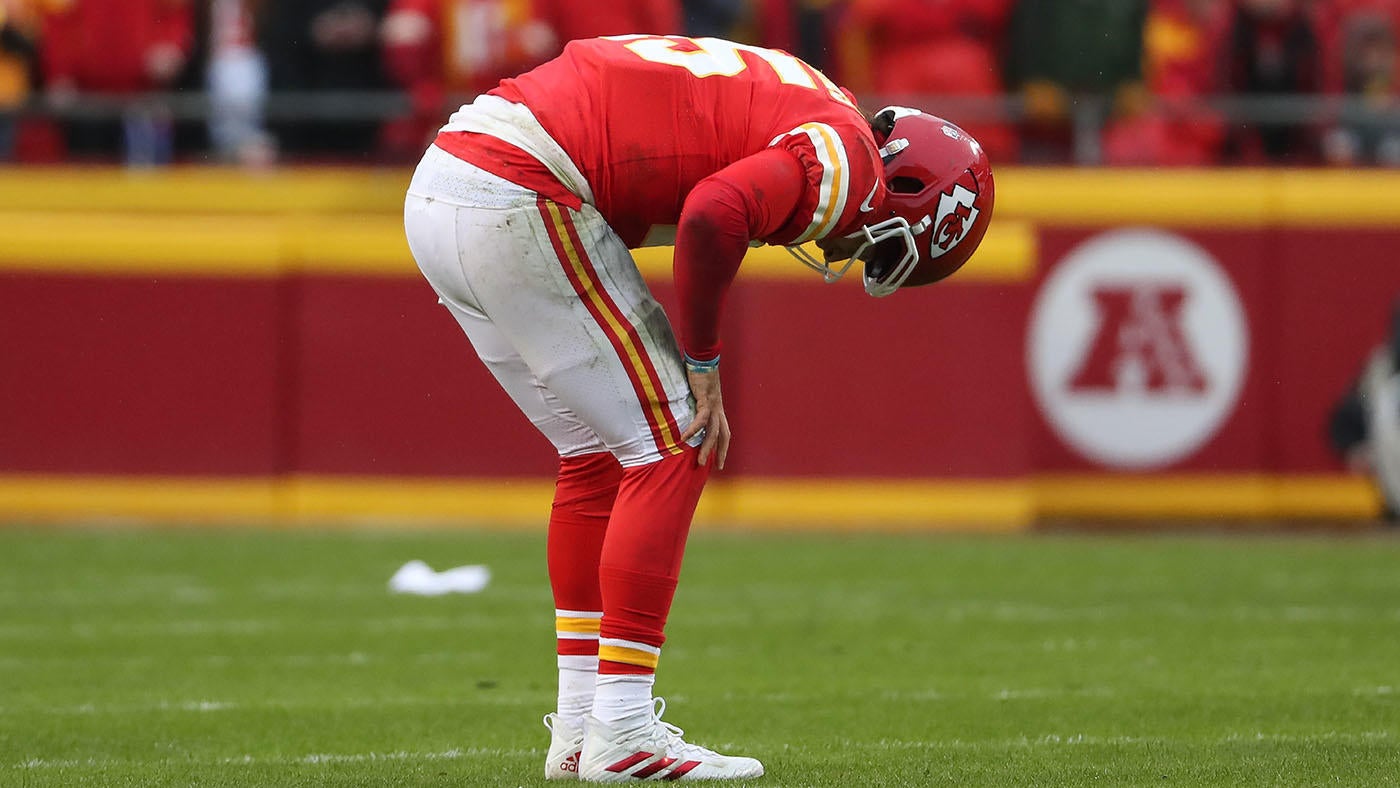 If you heard a noise after Patrick Mahomes’ leg got rolled up on in the Chiefs’ playoff win against the Jaguars on Saturday, it was probably America’s collective groan as the best quarterback on the planet suffered a high ankle sprain. It’s an injury Mahomes plans to play through on Sunday in the AFC Championship Game, but one that could rob us of watching Mahomes pull off iconic escapes and jaw-dropping throws. The domino effect could also alter championship hopes and legacies across the league.

The spread has already swung 2.5 points at Caesars Sportsbook. The Chiefs opened as a one-point favorite on Sunday night and are 1.5-point underdogs as of Wednesday.

Here’s how Mahomes’ style of play could be impacted:

The most obvious change will be a lack of mobility from arguably the most dangerous (and entertaining) passer from outside the pocket in the league. Before suffering an injury on Saturday, Mahomes was putting on a master class of quarterback improvisation, from jump passes and side arms throws to impressive darts while on the run.

Six of his 12 passes were from outside the pocket before getting hurt. None of his 18 passes were from out of the pocket after suffering a high ankle sprain that forced him to hobble the rest of the game. He was relegated to quick throws from between the tackles, as his average time to throw dropped by a half second.

Taking away Mahomes’ mobility is kind of like taking away Steph Curry’s three-pointers. Mahomes led the NFL in both dropbacks and efficiency (EPA per dropback) outside the pocket this season (tied with Justin Herbert). So in terms of quality and quantity, Mahomes is on another level, which is why you’ll see his image in the upper right below, looking at the aforementioned numbers.

He’s been a human highlight reel since entering the league, and nobody has come close to impact on the move in the playoffs. He accounts for 15 of the league’s 37 touchdown passes outside the pocket (41 percent) in the last five postseasons. The quarterback who is second on the list has four (Josh Allen). Mahomes had three touchdown passes outside the pocket in the first half alone in last year’s AFC Championship Game against the Bengals.

Most pass TD outside pocket in postseason since 2018

You should certainly not expect to see plays like this against Cincinnati this time around:

More evidence points toward Mahomes losing a crucial part of his game. His play was also noticeably impacted by a turf toe injury suffered in the 2020 divisional round win over the Browns, which required offseason surgery. Although Mahomes put on a clinic against the Bills in the 2020 AFC Championship Game, he played one of the worst games of his life in a 31-9 loss to the Buccaneers’ in Super Bowl LV.

Of course, turf toe and a high ankle sprain are two different injuries and the Chiefs were also down both starting offensive tackles in that Super Bowl, but the results were still staggering.

Don’t dismiss Mahomes’ scrambling ability either. Since the start of last season, only Allen has scrambled for more first downs on third down than Mahomes. It’s another critical tool in his arsenal that will break a defense’s back and allows Kansas City to extend drives.

All is not lost, though.You could argue that Mahomes and the Chiefs are better equipped to handle this injury than they were when he got injured in the 2020 postseason. The loss of Tyreek Hill and Mahomes’ “slump” in 2021 forced Kansas City to adjust to how teams were defending him and rely more on an efficient, quick-passing approach.

Mahomes was the most efficient quarterback in the NFL in the following situations this year, measured by EPA per dropback:

He’s grown more accustomed to carving up defenses from in the pocket. Mahomes’ average pass length (7.24 yards downfield) was the shortest of his career in 2022, and he tied an NFL record by throwing 28 touchdown passes to running backs and tight ends. The results speak for themselves as Mahomes also recorded his second career 5,000-yard passing season and is a lock for his second NFL MVP award.

If he can maneuver and climb the pocket like he did on this touchdown pass after getting injured, there’s hope.

Perhaps this sums it up best. If you took away all of Mahomes’ touchdown passes outside the pocket since 2018, he’d still have the same number of touchdowns (138) as Allen in that span. He can still absolutely win more games than most from inside the pocket.

A clean pocket will be pivotal to Mahomes’ success on Sunday, and he has the luxury of playing behind one of the best offensive lines in football. However, Lou Anarumo’s defense may not be as cushy as Jacksonville’s. The Bengals sent a defensive back pass rusher 10 times against Allen last weekend, creating confusion with these zone blitzes, which our own Chris Trapasso broke down earlier this week. The Bengals have done this effectively all season, and it generates pressure nearly HALF the time.

The deck looks stacked against Mahomes even if he can play on Sunday, but when you’re talking about the best QB on the planet, it’s best to never underestimate him.